UCSF researchers discover heat-detecting molecules on the nose nerve endings of vampire bats, similar to those that enable a human tongue to detect spicy food.

Vampire bats know precisely where to bite a vein that will spill forth nourishing blood. But until now, no one knew exactly how the bats knew where to bite. Now scientists have solved the mystery: They sampled the nose tissue of vampire bats in Venezuela, sequenced the genes, and determined that the molecule TRPV1 – covering nerve endings – enables them to zero in on heat.

Similar TRPV1 molecules exist on pain-sensing nerve fibers in the human tongue, skin and eyes, allowing people to detect the burning tinge of spicy food or be hypersensitive to heat after getting a sunburn. In fact, pharmaceutical and biotech companies are working on pain medications that target molecules like TRPV1. 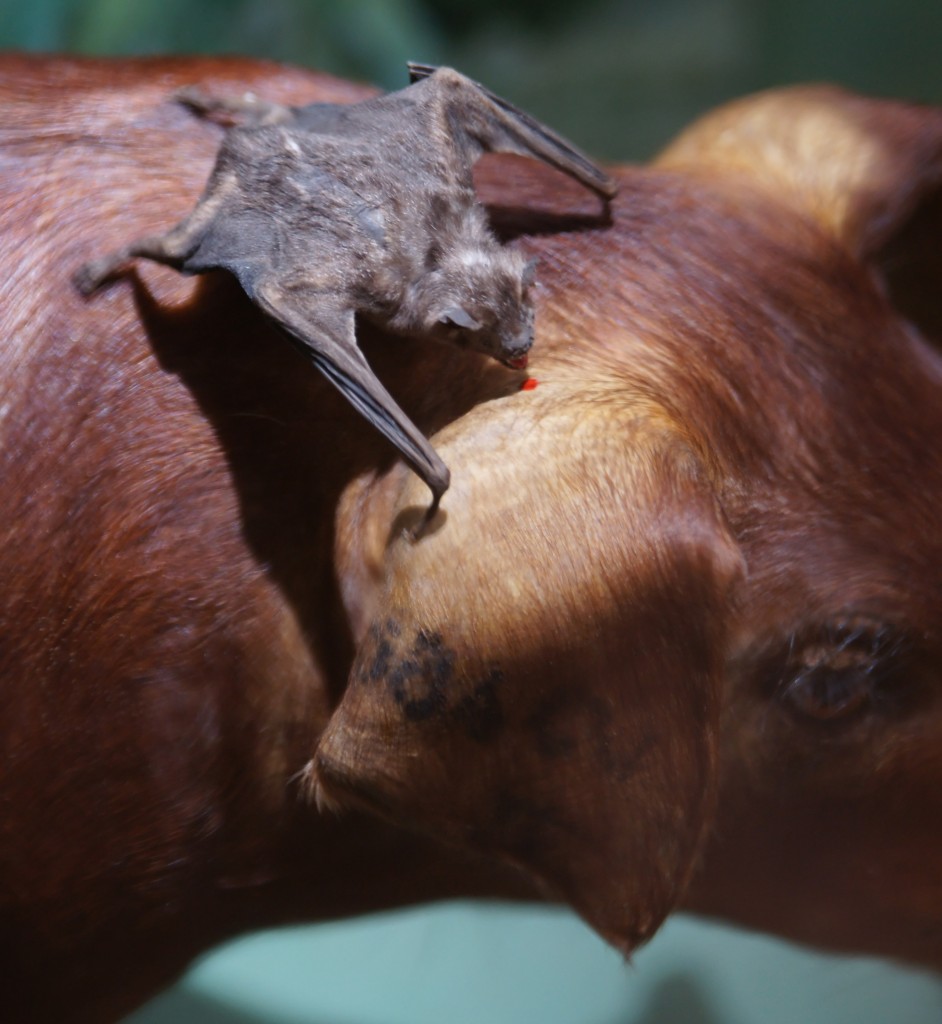 This bat doesn’t waste any time looking for a vein because he has nose molecules finely tuned for seeking heat – this time on the ear of a pig. Image Credit: Sandstein

The bat researchers, from University of California, San Francisco and Instituto Venezolano de Investigaciones Científicas in Caracas, Venezuela, describe their findings in the August 3, 2011 online issue of Nature. The discovery highlights how small changes to genes can contribute to major evolutionary adaptations over time – in this case, allowing vampire bats (Desmodus rotundus) to detect infrared heat from their prey, streamlining their ability to find blood.

Through a mechanism known as “alternative splicing,” a special form of the molecule emerged in the noses of the bats, becoming a sensitive detector for finding the hottest spots.

Vampire bats feed on blood, and it’s useful for them to have an infrared detector to be able to find the circulation. 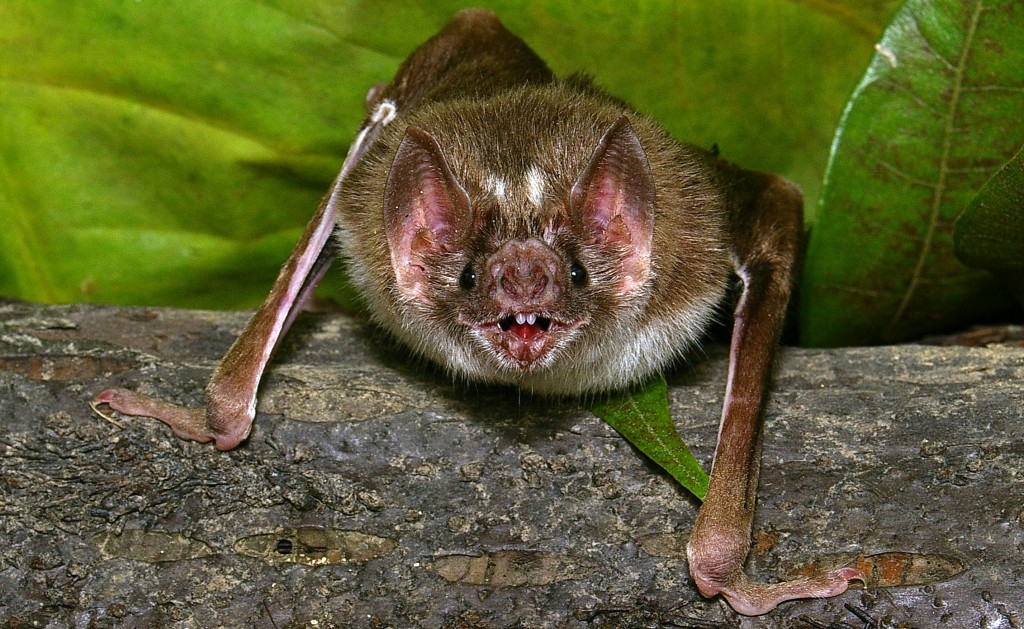 An adult vampire bat can drink half its body weight in blood. Image Credit: Pascual Soriano

In appearance, the furry, bean-shaped bat with its rodent-like face resembles a rat with wings, but bats are more closely related in evolution to dogs and horses. In fact, vampire bats will gallop and leap across the ground much in the same way horses do.

In South America, where they are common, vampire bats approach their prey on the ground, galloping quickly and quietly as they sneak up on sleeping cows, goats and birds.

Vampire bats are the only known mammal that survives solely on blood, and they need to drink it almost every day to survive. They support this need through a number of evolutionary adaptations.

Like other bats, they feed only at night. They have excellent eyesight enhanced by acute hearing and an ability to emit high-pitched sounds that help them navigate. Their teeth lack enamel, which keeps them razor sharp and allows them to delicately tear through the hide of a sleeping animal without waking it. Grooves in their tongue draw up the blood seeping through the open wound through capillary action, and anticoagulation chemicals inside their saliva keep it flowing.

Within minutes of sinking its teeth in an animal’s flesh, an adult vampire bat can drink half its body weight in blood. But first they must find a vein, helped by their heat-sensing ability, which allows them to “see” a vein at night.

Bottom line: David Julius, UCSF, and researchers from Instituto Venezolano de Investigaciones Científicas in Caracas, Venezuela, discovered that vampire bats use the heat-seeking molecule TRPV1, which covers their nose nerve endings, to detect veins on their prey. Details of their discovery appear in the August 3, 2011, on-line issue of Nature.

Via University of California San Francisco