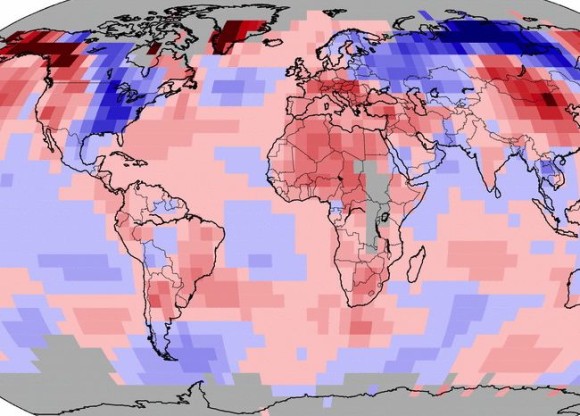 Most areas of the world experienced warmer-than-average monthly temperatures, with the most notable warmth across Alaska, western Canada, southern Greenland, south-central Russia, Mongolia, and northern China. Parts of southeastern Brazil and central and southern Africa experienced record warmth, contributing to the warmest January Southern Hemisphere land temperature departure on record at 2.03°F (1.13°C) above the 20th century average. Temperature departures were below the long-term average across the eastern half of the contiguous U.S, Mexico, and much of Russia.

However, no regions of the globe were record cold.