Giant ichthyosaur one of largest animals ever

The new discovery of a jaw bone suggests that this prehistoric aquatic reptile would have been about the size of a blue whale. 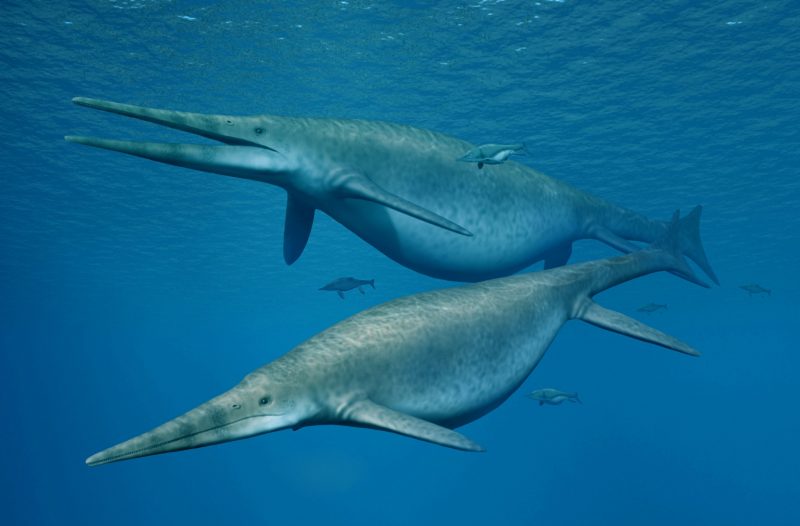 A recently-discovered fossil jaw bone belongs to a prehistoric aquatic reptile that was one of the largest animals ever, according to a study by an international team of paleontologists.

According to the research, published in the peer-reviewed journal PLOS One on April 9, 2018, the 205 million-year-old bone belongs to a giant ichthyosaur, which scientists estimate was about 82 feet (26 meters) in length. That’s around the size of a blue whale. Blue whales are the largest animals ever known to have existed.

Fossil collector and co-author of the study, Paul de la Salle, found the bone on the beach at Lilstock, Somerset, U.K., in May 2016. He later returned to the site and found even more pieces that together measured about 3 feet (1 meter) in length. He said in a statement:

Initially, the bone just looked like a piece of rock but, after recognizing a groove and bone structure, I thought it might be part of a jaw from an ichthyosaur.

Jaw bone of giant ichthyosaur. Image via University of Manchester. 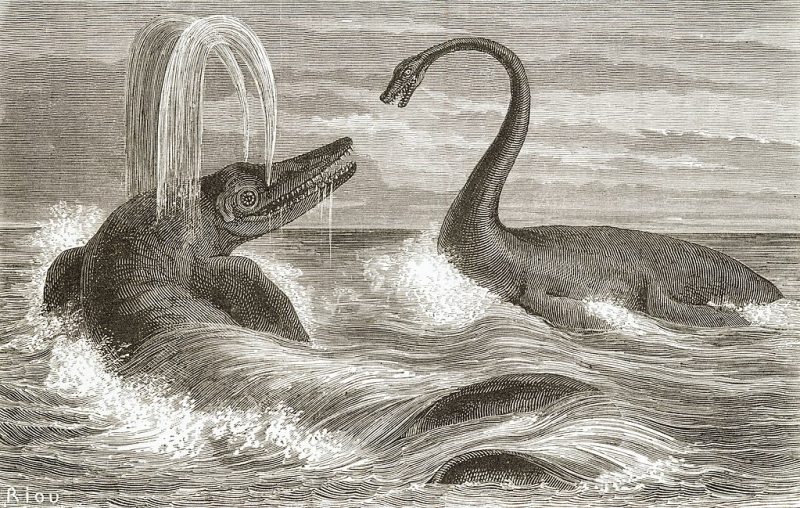 Science became aware of the existence of ichthyosaurs during the early nineteenth century, when the first complete skeletons were found in England. In 1834, the order Ichthyosauria was named.. Ichthyosaur and plesiosaur illustration by Édouard Riou, 1863. Image via Wikipedia.

Based on fossil evidence, ichthyosaurs first appeared around 250 million years ago, and at least one species survived until about 90 million years ago. During the early Triassic period, between 251.9 to 201.3 million years ago, ichthyosaurs evolved from a group of unidentified land reptiles that returned to the sea, in a development parallel to that of the ancestors of modern-day dolphins and whales, which they gradually came to resemble in a case of convergent evolution.

They were abundant in the later Triassic and early Jurassic periods, until they were replaced as the top aquatic predators by another marine reptilian group, the Plesiosauria. In the Late Cretaceous, ichthyosaurs became extinct for unknown reasons.

Read more from University of Manchester