The colossal iceberg that split from Antarctica’s Larsen C ice shelf in July 2017 is now in the open waters of the South Atlantic, about 650 miles (1,050 km) from its birthplace. 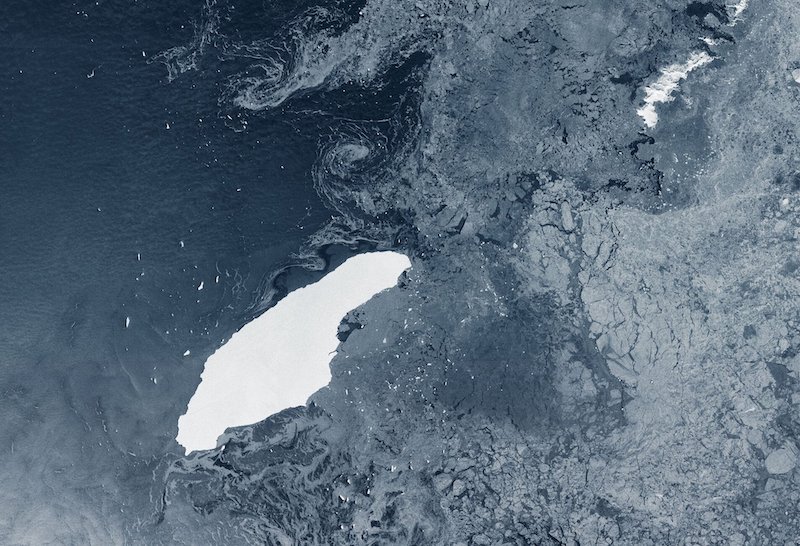 Iceberg A-68A in open waters. Captured by the Copernicus Sentinel-1 radar mission, this image shows the berg on July 5, 2020, a few days before its 3rd birthday. Image via ESA.

The colossus iceberg that split from Antarctica’s Larsen C ice shelf on July 12, 2017, is now in the open waters of the South Atlantic near the South Orkney Islands, about 1,050 km (650 miles) from its birthplace. Having lost two chunks of ice, this record berg is a little less huge than it once was – and now that it is in rougher waters, it may break up further.

When it calved, A-68 was about twice the size of Luxembourg and one of the largest icebergs on record, changing the outline of the Antarctic Peninsula forever. Despite its size, however, it is remarkably thin, just a couple of hundred meters thick.

Over the last three years, satellite missions such as Copernicus Sentinel-1 have been used to track the berg as it drifted in the Southern Ocean. For the first two years, it remained close to its parent ice sheet, impeded by sea ice.

However, it lost a chunk of ice almost immediately after being calved, resulting in it being renamed A-68A, and its offspring became A-68B. More recently, in April 2020, A-68A lost another chunk: A-68C.

Rather unromantically, Antarctic icebergs are named from the Antarctic quadrant in which they were originally sighted, then a sequential number, then, if the iceberg breaks, a sequential letter.

Although A-68A is a relatively thin iceberg, it has held together reasonably well, but satellites will be key to monitoring how it changes in open waters. 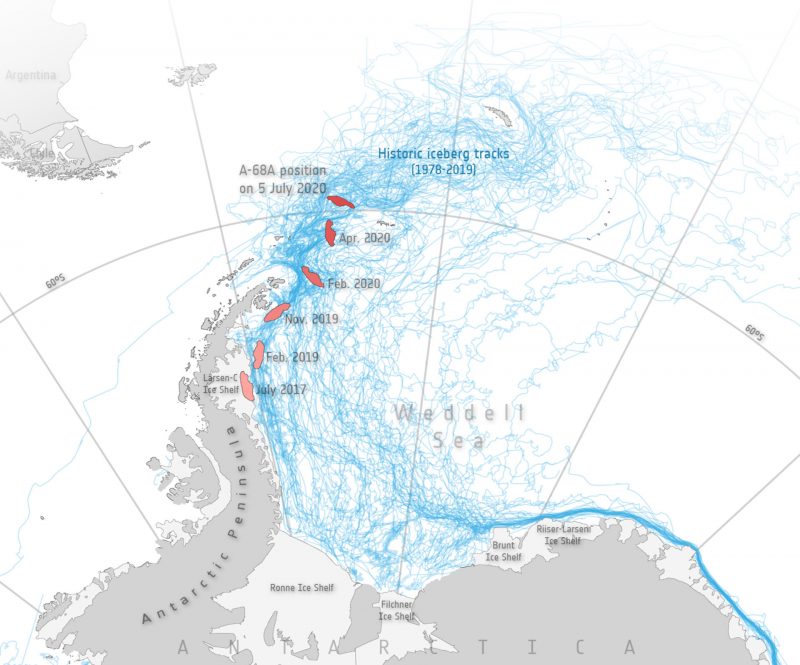 The map above shows the different positions of A-68A during its three-year journey. The map not only highlights how long it remained close to the Larsen C ice sheet, but how, over the last year or so, its pace of drift has increased considerably.

The map also includes historic iceberg tracks, based on data from a number of satellites including ESA’s ERS-1 and ERS-2, and shows that A-68A is following this well-trodden path. 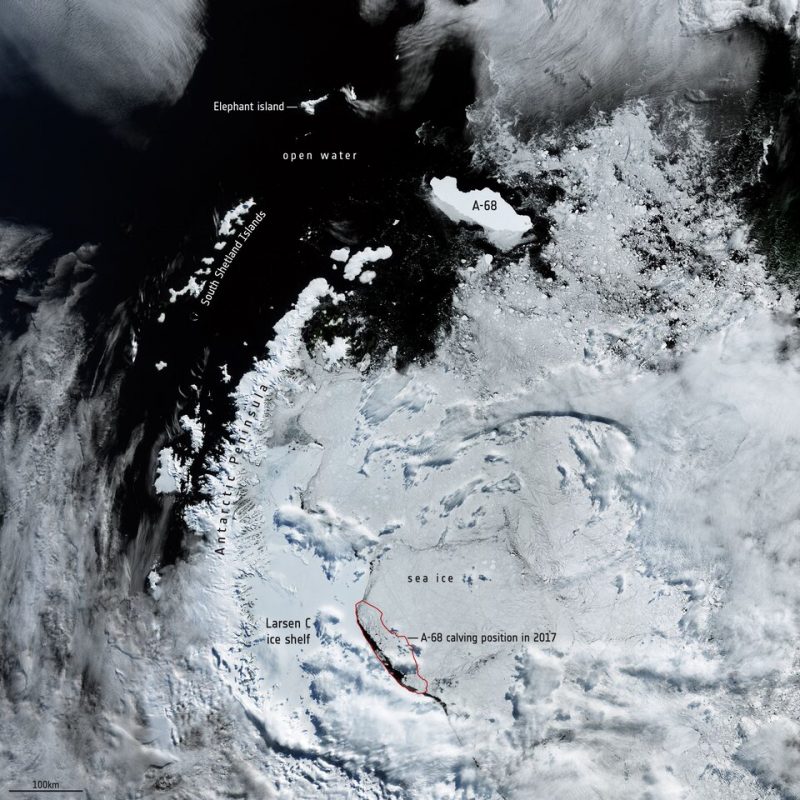 This image from the Copernicus Sentinel-3 mission shows A-68A’s position in February 2020. Image via ESA.

Bottom line: Colossal iceberg A-68, that split from Antarctica’s Larsen C ice shelf in July 2017, is now in the open waters of the South Atlantic, about 650 miles (1,050 km) from its birthplace.