Where sexes come by the thousands

There is more to sex than male and female. For some species there are hundreds and even thousands of sexes and mating types. 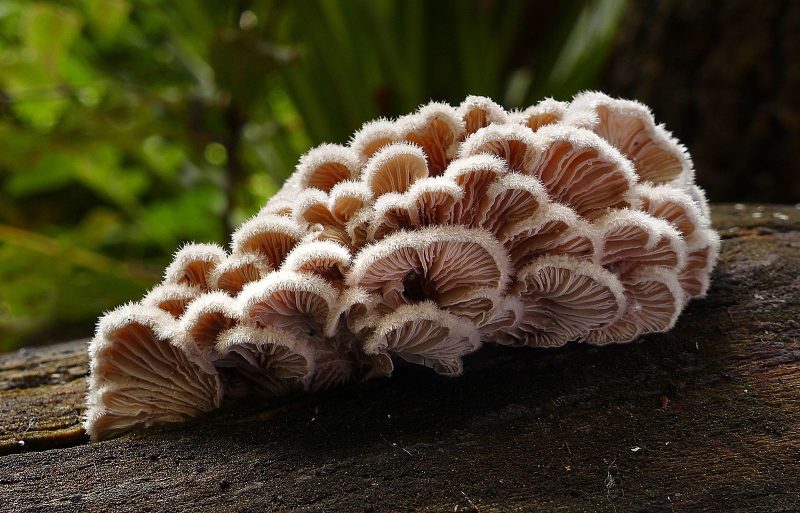 The relationship between the sex chromosomes we inherited from our parents and gender, and how people identify, has been in the news quite a lot recently, not least because the Trump administration is considering revising the definition of human genders.

As an evolutionary biologist who studies fungi, I often like to view such complex issues through the lens of life’s diversity. I believe that studying the reproductive strategies of fungi, and how the sex of these organisms is determined, offers a bewildering, but also fresh and surprising perspective of the sheer diversity with which, well, these organisms do it. 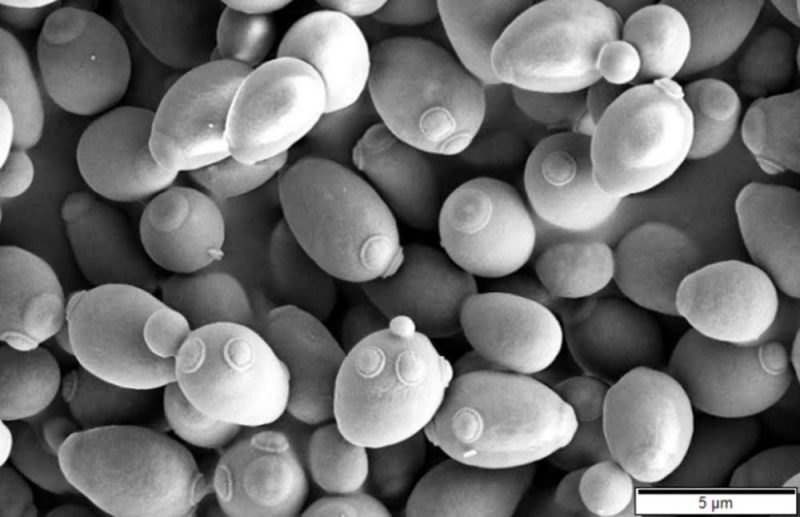 Saccharomyces cerevisiae, whose individuals have the ability to switch between two sexes. Image via Mogana Das Murtey and Patchamuthu Ramasamy.

The fungal masters of sex

Fungi are a wildly heterogeneous group of microorganisms that are typically embedded in their food and have the ability to digest it externally. The baker’s yeast that makes bread rise, the mold that makes blue cheese blue, and the mushrooms that make your pizza even more tasty are all examples of fungal organisms.

Unlike humans, sex in fungi is controlled by a specific and relatively small region – locus is the technical term – of DNA on a chromosome. For example, the sex locus of the baker’s yeast contains two different gene variants, which means that this organism has two sexes (or mating types) and individuals of one sex can only mate with individuals of the other. 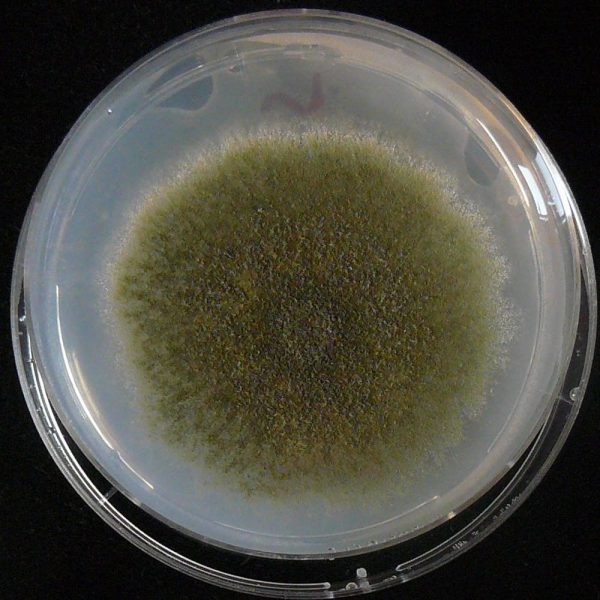 The penicillin-producing Aspergillus nidulans, whose individuals contain both mating types. Image via 222fjb.

In contrast, several mushroom-forming species have two genetic regions that determine sex – let’s call them A and B; and instead of two variants, the A and B regions can each contain multiple variants – let’s number them A1, A2, and so on and B1, B2 and so on. As the sex of each individual is determined by the specific combination of gene variants in the two regions, the number of possible sexes within these species grows: A1B1, A1B2, A2B1, A2B2 and so on. Still with me?

Given that some species of mushroom-forming fungi harbor dozens to hundreds of A and B region variants, it is estimated that these organisms contain thousands of sexes. And did I mention that in some species there are more than two sex determining regions? Sex in some fungi is heady stuff. No wonder then that professor Lisa Vaillancourt at the University of Kentucky was inspired to use standard card decks to create “fungal mating games” to help her students navigate and appreciate the mating lives of fungi. 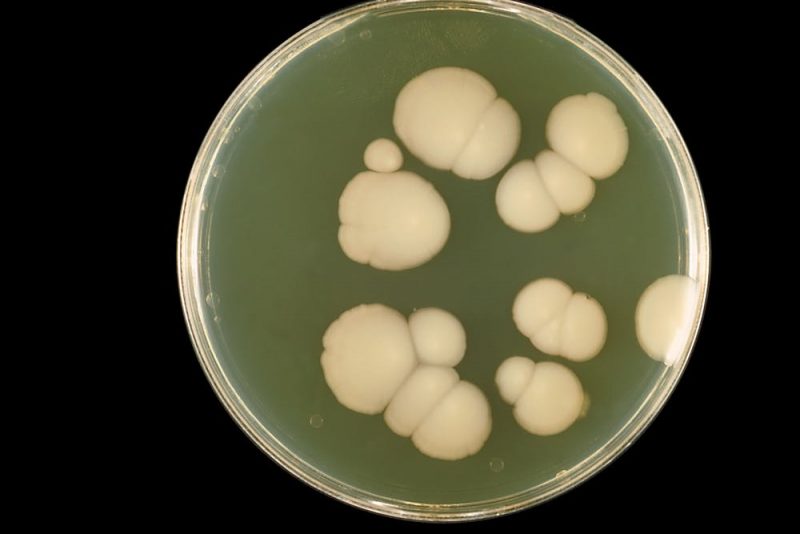 Candida albicans can undergo parasexuality, a process that confers the same genetic benefits as sex but that doesn’t involve the same mechanisms. Image via CDC/Dr. William Kaplan.

But the surprises offered by peeking into fungal sex don’t end here. One key aspect of the sex life of the baker’s yeast worth mentioning is that they are capable of switching their sex, a strategy thought to have evolved to promote mating with siblings of the opposite sex. Several other fungi, such as the mold Aspergillus fumigatus, which is one of the major fungal pathogens affecting humans, have the same two-sex system as the baker’s yeast, albeit without the ability for switching. However, individuals of the penicillin-producing mold Aspergillus nidulans, a close relative of A. fumigatus, contain both variants of the sex locus in their own genomes. What’s the advantage? The ability, and choice, to either self-reproduce or to mate with another individual.

Now why this organism is also able to undergo a process called parasexuality, which confers all the genetic benefits of sex but without (you guessed it) sex, is a story for another time. In recent years, however, parasexuality is receiving lots of attention as it is also employed by the human commensal yeast Candida albicans, another major human pathogen responsible for vaginal yeast infections but also deadly systemic ones. 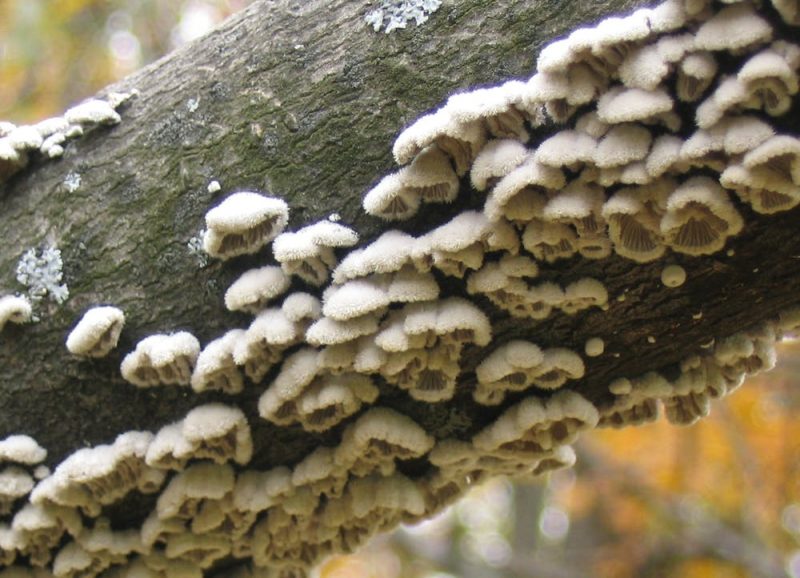 The split gill mushroom, Schizophyllum commune, is a species estimated to have 20,000 or more distinct sexes. Image via Doug Bowman from DeKalb, Illinois, USA.

What is then the meaning of all this diversity? Detailed evolutionary analyses indicate that some of these reproductive lifestyles, such as the ability to self-reproduce, have evolved repeatedly and frequently throughout fungi from the same building block, the mating locus. And variation in reproductive systems among closely related species is quite common, suggesting that these transitions can take place – on an evolutionary timescale – relatively quickly and easily.

While the diversity of animal reproductive systems pales in comparison, multiple sexes have also been discovered in some ants and several different animals have also evolved the capacity to switch sex, such as certain fish species. Viewed from the lens of life’s diversity, we should not be surprised that we humans are variable too. Or as Stephen Jay Gould once put it, “Variation itself is nature’s only irreducible essence.”

Bottom line: For some fungi there are hundreds and even thousands of sexes and mating types.