The fossil of this new-to-science dinosaur offers a view into dinosaur-bird evolution. 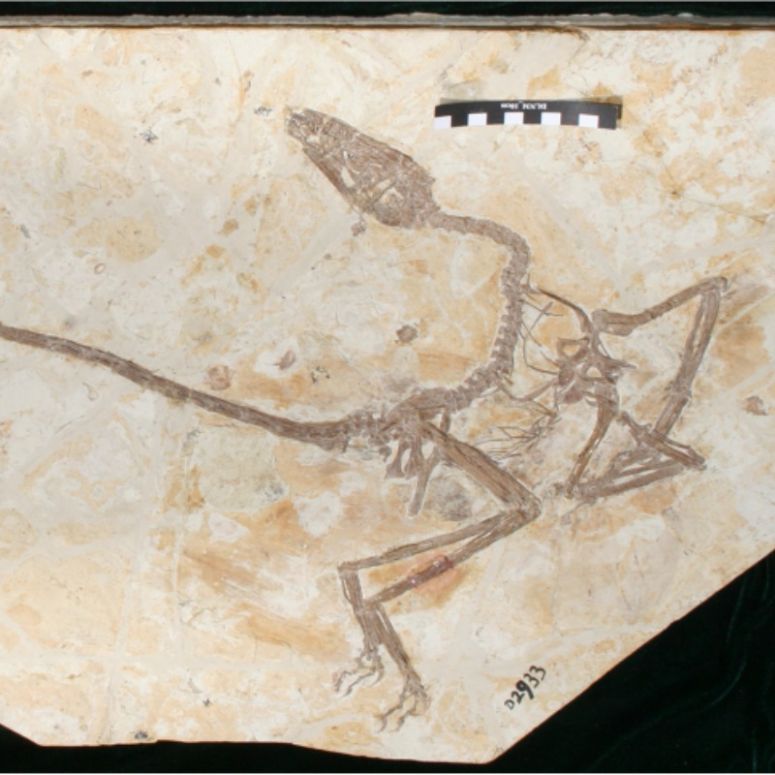 Scientists have named the newly identified cat-sized dinosaur Wulong bohaiensis. The word wulong is Chinese for dancing dragon. The creature is thought to have had feathered wings and a feathered plume at the end of its tail. Image via San Diego Natural History Museum.

On January 15, 2020, Chinese and U.S. scientists published a new work describing a species of feathered dinosaur, part of the rich Jehol group first discovered in coastal China in the 1920s. A farmer found these particular fossils in that region more than a decade ago. They’re now believed to have come from a cat-sized dinosaur considered to be one of the earliest relatives of Velociraptor, known to most people for its prominent role in the Jurassic Park movies. On Earth in the distant past, this newly recognized dinosaur had fierce talons, feathered wings, and a long, whip-like tail with feathered plumes at the end.

The feathers and bones preserved in this creature’s fossil provide new information about how dinosaurs grew and how they differed from birds.

Paleontologist Ashley Poust of the San Diego Natural History Museum is lead author of a study about the dinosaur, published January 15 in the peer-reviewd journal The Anatomical Record. Poust said in a statement:

The new dinosaur fits in with an incredible radiation of feathered, winged animals that are closely related to the origin of birds. Studying specimens like this not only shows us the sometimes surprising paths that ancient life has taken, but also allows us to test ideas about how important bird characteristics, including flight, arose in the distant past.

The researchers said that Wulong was larger than a common crow and smaller than a raven, but with a long, bony tail which would have doubled its length. Wulong had a narrow face filled with sharp teeth. Its bones were thin and small, and the animal was covered with feathers, including a wing-like array on both its arms and legs and two long plumes at the end of its tail. 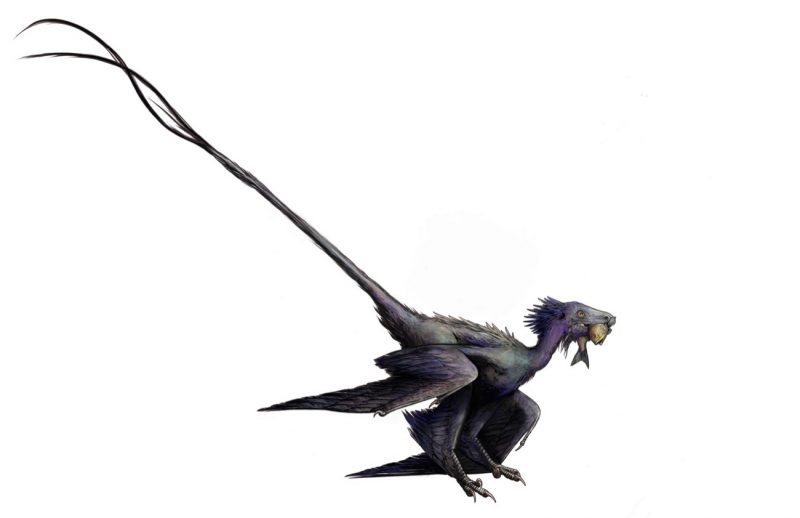 Artist’s concept of Wulong bohaiensis. The cat-sized dino had fierce talons, feathered wings, and a long, whip-like tail with feathered plumes at the end. Image via Ashley Poust/ Science Friday.

The discovery is significant not only because it describes a dinosaur that’s new to science, but also because it shows connection between birds and dinosaurs, these scientists said. Poust explained:

The specimen has feathers on its limbs and tail that we associate with adult birds, but it had other features that made us think it was a juvenile.

To understand this contradiction, the scientists cut up several bones of the new dinosaur to examine under a microscope. This technique, called bone histology, is becoming a regular part of the paleontology toolbox, according to these scientists, but, they said:

Poust said that the research team’s co-authors – at the Dalian Natural History Museum, where the specimen is currently housed as part of a collection – were:

… really forward thinking and allowed us to apply these techniques, not only to Wulong, but also to another dinosaur, a close relative that looked more adult called Sinornithosaurus.

The bones showed that the new dinosaur was a juvenile. This means that at least some dinosaurs were getting very mature looking feathers well before they were done growing. Birds grow up very fast and often don’t get their adult plumage until well after they are full sized. Showy feathers, especially those used for mating, are particularly delayed.

And yet here was an immature dinosaur with two long feathers extending beyond the tip of the tail. Poust commented:

Either the young dinosaurs needed these tail feathers for some function we don’t know about, or they were growing their feathers really differently from most living birds.

China’s Jehol Province, where the fossil was found, is one of the richest fossil deposits in the world. The Jehol area of 133-120 million years ago is one of the earliest bird-rich environments, where birds, bird-like dinosaurs, and pterosaurs all shared the same habitat. Poust said:

There was a lot of flying, gliding, and flapping around these ancient lakes. As we continue to discover more about the diversity of these small animals it becomes interesting how they all might have fit into the ecosystem.

Other important changes were happening at the same time in the Early Cretaceous period, including the spread of flowering plants. Poust added:

It was an alien world, but with some of the earliest feathers and earliest flowers, it would have been a pretty one. 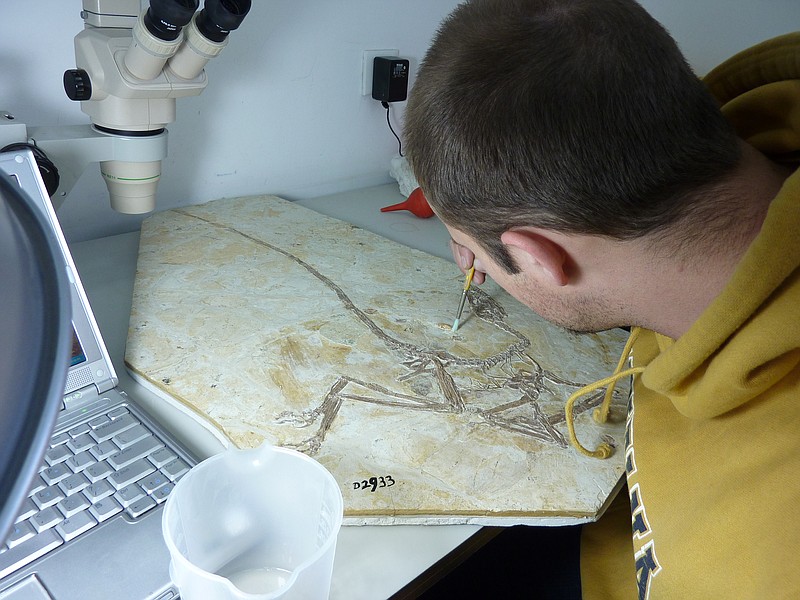 Bottom line: A new analysis of a fossil discovered in China offers a view into dinosaur-bird evolution.

Source: A new microraptorine theropod from the Jehol Biota and growth in early dromaeosaurids