A researcher using a UV flashlight to see whether some backyard frogs glow in the dark (they didn’t) happened to turn his light on a flying squirrel landing on a nearby bird feeder. He was met with a bright neon pink reflection. 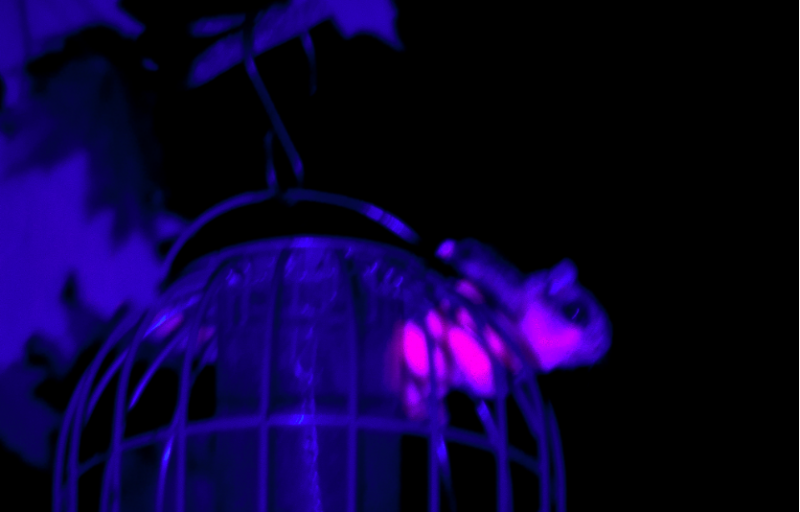 Researchers were surprised to find that the North American flying squirrel fluoresces pink at night under ultraviolet light. The discovery, said Jon Martin, associate professor of forestry at Northland College in Wisconsin, was a lucky accident.

Martin was using a UV flashlight – also called a black light – to see if frogs who lived in his woodsy Wisconsin back yard would glow in the dark. The frogs, turns out, do not glow. But when Martin happened to turn his flashlight on a flying squirrel as it touched down on a nearby bird feeder, he was met with a bright neon pink reflection. Martin told the Clearwater Times:

We have quite a few flying squirrels that come to the bird feeder and I just happened to be out there, heard it and didn’t even think that it was a UV light in my hand. I was like, ‘Holy smokes!’ 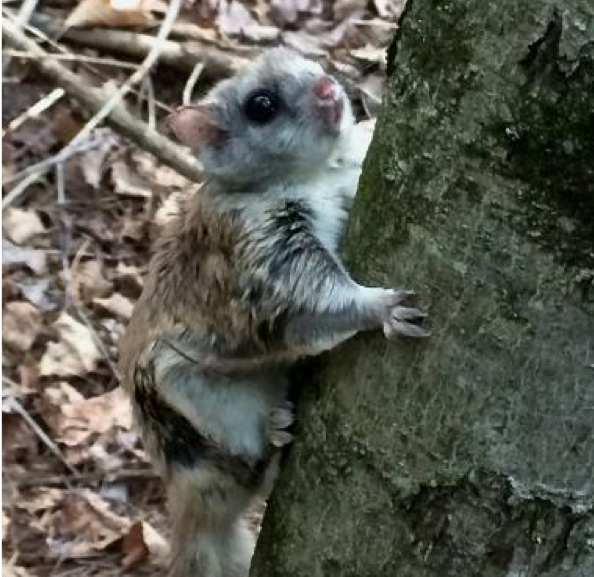 Allison Kohler, a graduate student in the Texas A&M University wildlife and fisheries department, led the research to confirm the discovery, as well as affirm other flying squirrels do in fact fluoresce pink. The results were published in the peer-reviewed Journal of Mammology on January 29, 2019. Access to a museum collection at the Minnesota Science Museum helped the team investigate exactly what it was they had found. Kohler said in a statement:

I looked at a ton of different specimens that they had there. They were stuffed flying squirrels that they had collected over time, and every single one that I saw fluoresced hot pink in some intensity or another.

In addition, the team looked at specimens from the Field Museum of Natural History in Chicago as well as five additional live specimens. All confirmed their “pink theory.” After comparing the flying species to other squirrels, like the American red squirrel and gray squirrel, the team found that the pink color is unique to the flying squirrel. 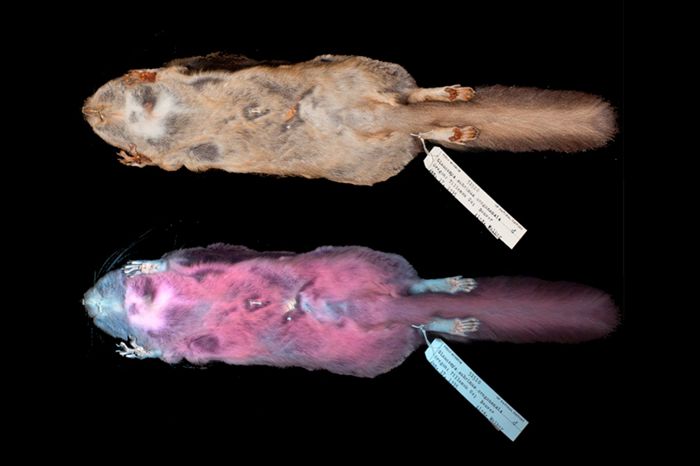 Photographs of a flying squirrel under visible light and ultraviolet light. Access to museum collection at the Minnesota Science Museum and the Field Museum of Natural History in Chicago allowed the team to investigate 100 specimens ranging across numerous states. Image via Kohler et al.

As for why the squirrels fluoresce pink … the researchers aren’t sure. Martin said:

Does this affect their fitness or is this just an artifact, some weird thing that happens when you live a nocturnal life? We don’t know, we don’t know.

Did you know flying squirrels GLOW PINK in the dark? They fluoresce under UV! My colleague made the startling discovery while standing in his backyard (in pajamas) with a UV flashlight! #discoveryscience @northland_edu https://t.co/Krt5CTGids