Researchers looked at three million measurements of treetop height, along with ground data, and calculated the carbon held in tropical forests.

A NASA-led research team has created the most precise map ever produced showing the amount and location of carbon stored in Earth’s tropical forests by analyzing satellite data. The map provides a baseline for ongoing studies and serves as a resource for managing the greenhouse gas carbon dioxide. The study was published May 30, 2011 in the Proceedings of the National Academy of Sciences.

The new map, created from ground- and space-based data, shows -for the first time – the distribution of carbon stored in forests across more than 75 tropical countries. Most of that carbon is stored in the extensive forests of Latin America. 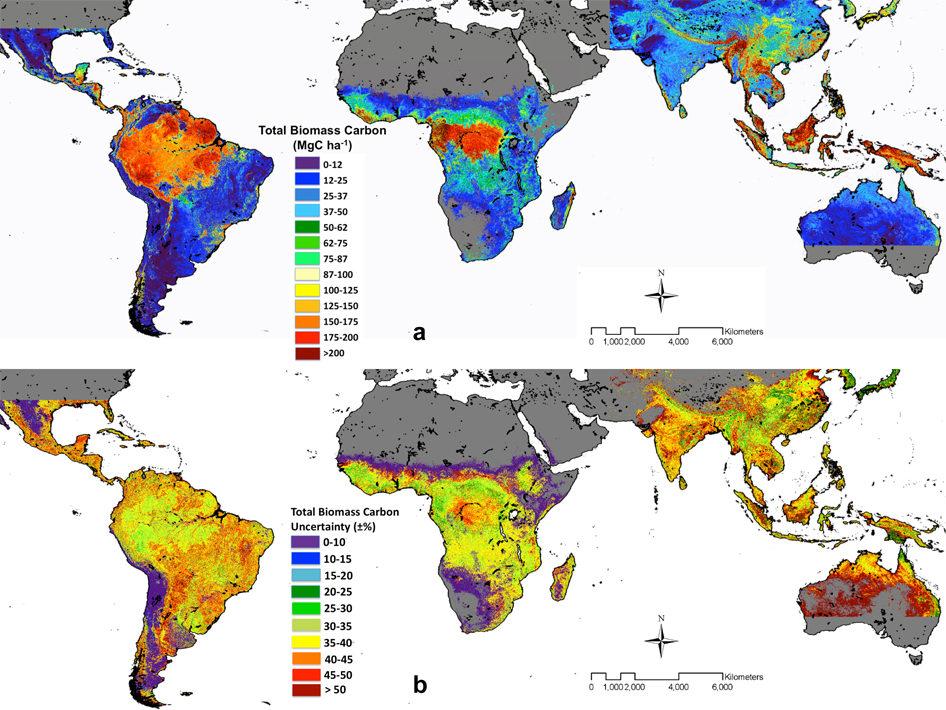 Sassan Saatchi of NASA’s Jet Propulsion Laboratory in Pasadena, California, and leader of the research, said:

This is a benchmark map that can be used as a basis for comparison in the future when the forest cover and its carbon stock change. The map shows not only the amount of carbon stored in the forest, but also the accuracy of the estimate.

Deforestation and forest degradation contribute 15 to 20 percent of global carbon emissions, and most of that contribution comes from tropical regions. Tropical forests store large amounts of carbon in the wood and roots of their trees. When the trees are cut and decompose or are burned, carbon is released to the atmosphere.

Previous studies had estimated the carbon stored in forests on local and large scales within a single continent, but there was no systematic way of looking at all tropical forests. To measure the size of the trees, scientists typically use a ground-based technique, which gives a good estimate of how much carbon they contain. But this technique is limited because the structure of the forest is extremely variable and the number of ground sites is very limited. 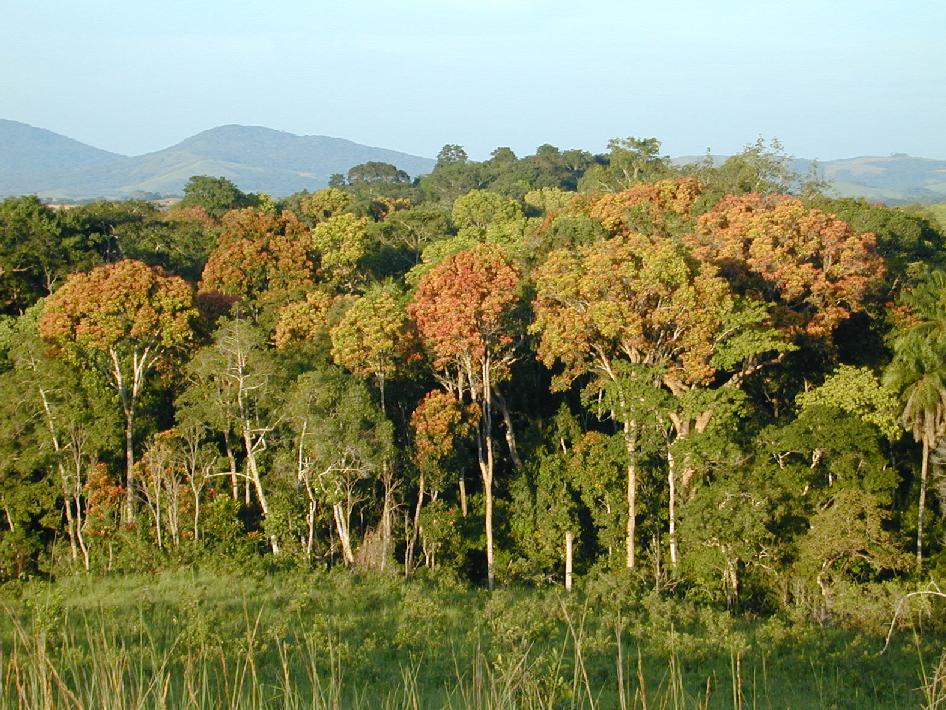 To arrive at a carbon map that spans three continents, the team used data from the Geoscience Laser Altimeter System Lidar on NASA’s ICESat satellite. The researchers looked at information on the height of treetops from more than three million measurements. With the help of corresponding ground data, they calculated the amount of above-ground biomass and thus the amount of carbon it contained.

The team then extrapolated these data over the varying landscape to produce a seamless map, using NASA imagery from the Moderate Resolution Imaging Spectroradiometer (MODIS) instrument on NASA’s Terra spacecraft, the QuikScat scatterometer satellite, and the Shuttle Radar Topography Mission.

The carbon numbers, along with information about the uncertainty of the measurements, are important for countries planning to participate in the Reducing Emissions from Deforestation and Degradation (REDD+) program. REDD+ is an international effort to create a financial value for the carbon stored in forests. It offers incentives for countries to preserve their forestland in the interest of reducing carbon emissions and investing in low-carbon paths of development.

The map also provides a better indication of the health and longevity of forests and how they contribute to the global carbon cycle and overall functioning of the Earth system. The next step in Saatchi’s research is to compare the carbon map with satellite observations of deforestation to identify source locations of carbon dioxide released to the atmosphere.

Summary: A NASA-led study, published May 30, 2011 in the Proceedings of the National Academy of Sciences, has produced the most precise map to date depicting the amount and location of carbon stored in Earth’s tropical forests. The map serves as a benchmark and will assist countries in estimating carbon emissions.

Michael Lefsky: First-ever map of height of all the world’s trees

Greg Asner on carbon in the Amazon rainforest