This year has been great for auroras so far! Some of the best photos here. 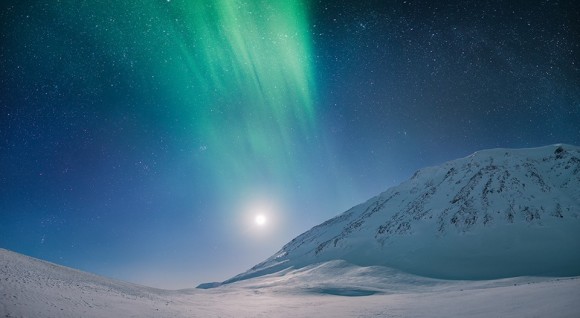 T. Richardsen in Norway captured this lovely aurora on January 9, 2014, saying, “Not crazy cold, but you certainly feel -17 degrees C (1.4 degrees F) after a few hours. Did some minor retouching to bring forth the Milky Way.” Art by T. Richardsen on Facebook. 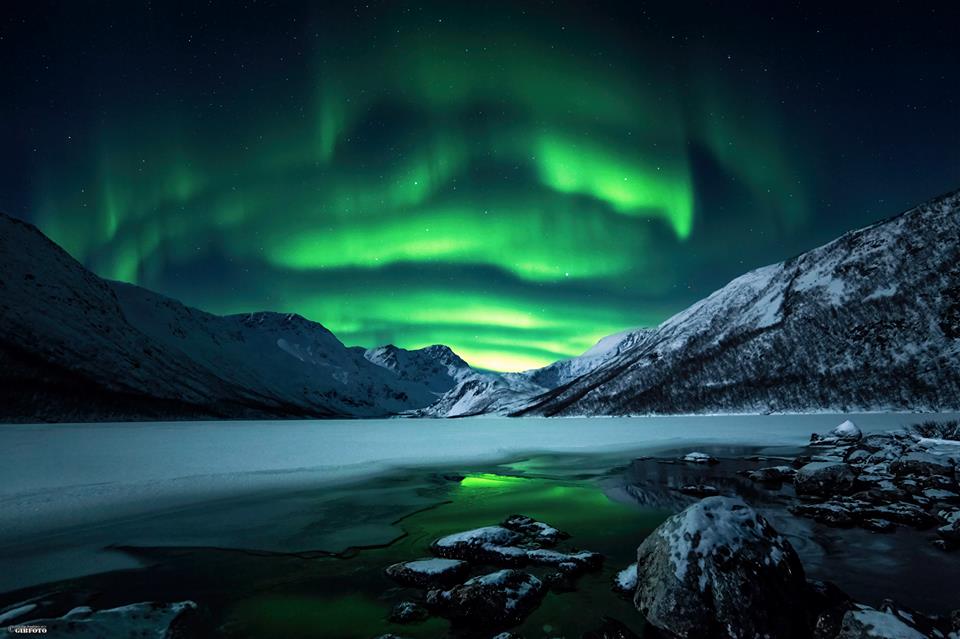 View larger. | Aurora on the night of January 9-10, 2014. Geir-Inge Buschmann, who captured this beautiful photo, wrote, “Nice conditions for aurora-hunting today, even though we had to wait a few hours in biting cold and wind, but at the end it was all worth it.” View more photos by Geir-Inge Buschmann. 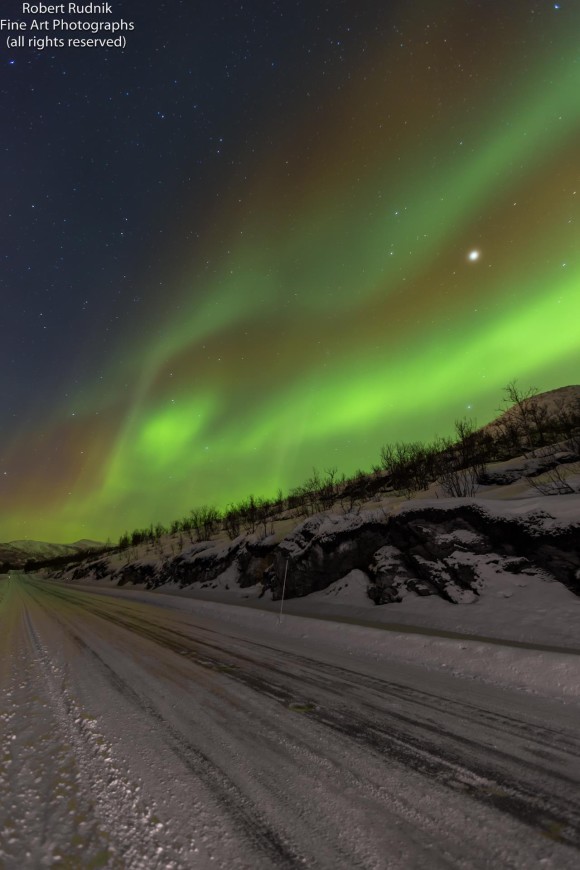 When charged particles from the sun strike atoms in Earth’s atmosphere, they cause electrons in the atoms to move to a higher-energy state. When the electrons drop back to a lower energy state, they release a photon: light. This process creates the beautiful aurora, or northern lights. Robert Rudnik captured this aurora on January 2, 2014. See more photos by Robert Rudnik at Nature Sky Images on Facebook. 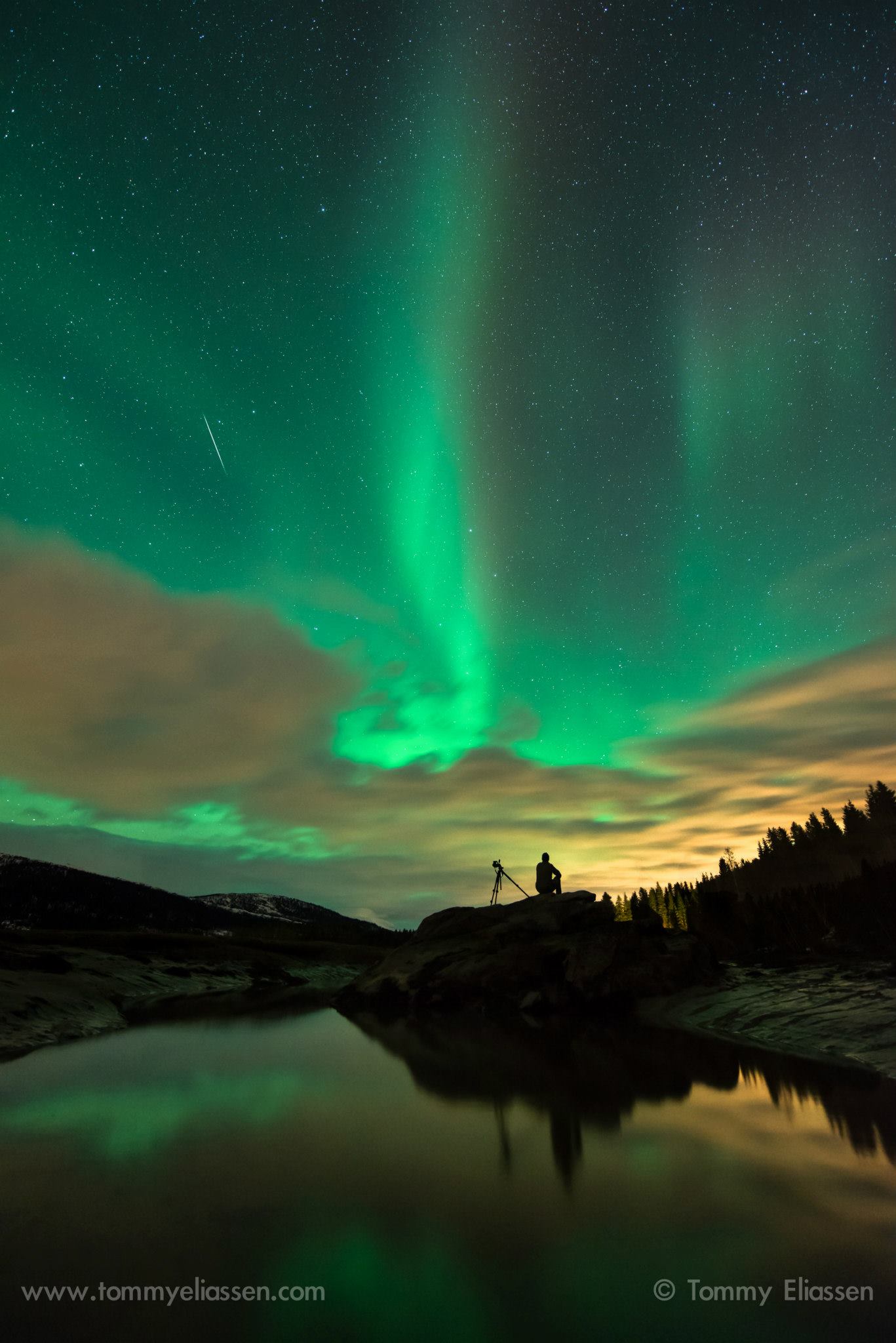 View larger. | Tommy Eliassen Photography captured this photo on January 3, 2014. At the same time the auroras were showing up at far northern latitudes, meteors in the annual Quadrantid shower were flying. Thank you, Tommy! Visit Tommy Eliassen Photo

Reisafjorden, Norway bathing in auroras on January 2, 2014. The aurora often appears as curtains of lights, but can also appear as arcs or spirals, often following lines of force in Earth’s magnetic field. Most are green in color but sometimes you’ll see a hint of pink, and strong displays might also have red, violet and white colors. Image copyright 2014 Tor-Ivar Næss. Via WaitForIt on Facebook.

Aurora on January 1, 2014 by Geir-Inge Bushmann. The lights typically are seen in the far north – the nations bordering the Arctic Ocean – Canada and Alaska, Scandinavian countries, Iceland, Greenland and Russia. See more photos from Geir-Inge Bushmann 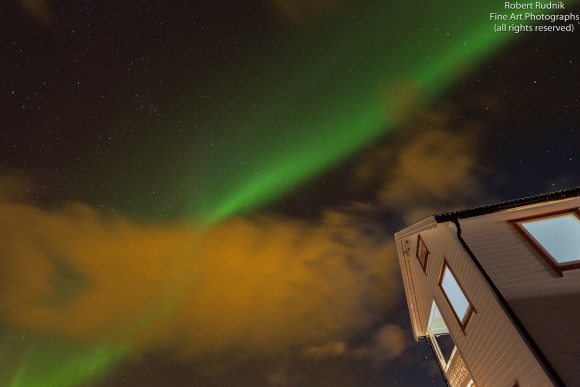 What causes the aurora borealis, or northern lights?

Will you see colors in an aurora?