The 2 strong earthquakes of July 14, 2019 – the first a 6.6-magnitude off the western coast of Australia and the second a 7.3-magnitude in Indonesia – happened on or near the Pacific Ring of Fire. 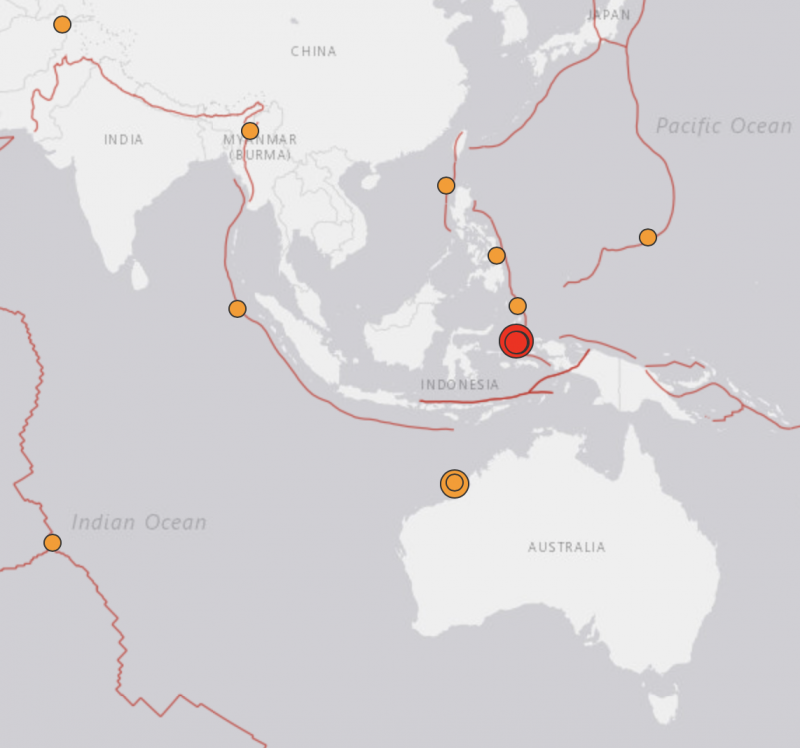 There are lots of small earthquakes going on all the time, but earthquakes over magnitude 6 are rarer. They are the big ones, which shake more strongly near their epicenters, and which can be felt over longer distances. Today – July 14, 2019 – so far there have been two large earthquakes relatively near each other. The first was a 6.6-magnitude undersea quake off the western coast of Australia. It took place 202 km (125 mi) west of Broome, Australia, and was equal in magnitude to the largest earthquake ever recorded in Australia, which happened in 1988. Today’s second large earthquake had its epicenter 102 km (63 mi) north-northeast of Laiwui, Indonesia. It was an even bigger earthquake, with a magnitude of 7.3.

Aftershocks are continuing in both places. There was no threat of tsunamis from either earthquake, as reported by the Pacific Tsunami Warning Center.

In Indonesia, where the larger quake struck a shorter time ago, there have been no immediate reports of damages or casualties in the quake. The quake struck in the Maluku Islands – or the Moluccas – an archipelago in eastern Indonesia, said to be a tourist hotspot. Iksan Subur, an official with Indonesia’s disaster mitigation agency based in the regency of South Halmahera, near the earthquake’s epicenter, told Reuters:

There are no reports of infrastructure damage yet. But people panicked and ran out of their houses. Some people who live near the ocean are starting to move to higher ground.

The following information is provided by the U.S. Geological Survey:

Video shows the panicked aftermath of a huge 7.3 earthquake which struck close to surface near a tourist hotspot in Indonesia https://t.co/6zo8RSLRHW pic.twitter.com/m0AgvJqJT7

As it stands for as long as today, it is the biggest-equal earthquake in Australia ever recorded.

It’s reported to have shaken items off shelves and stunned local residents, some of whom had never felt such a strong earthquake before. It was equal in magnitude to an earthquake recorded in Tennant Creek, Northern Territory, in 1988. There was no threat of a tsunami to the Australian mainland, islands or territories, according to GeoScience Australia.

The USGS provided this information about the Australian quake:

We just had an earthquake in Broome! The whole house was shaking and it went for ages. Never experienced anything like it before – quite amazing!https://t.co/kQH9GWp83U

A 6.5 magnitude #earthquake has struck off the coast of #Broome. A staff member from Matso’s Restaurant said “it was shaken like crazy,” as they evacuated diners. Products were also knocked from Broome Woolworths shelves. Reports of tremors being felt in Perth. #wanews pic.twitter.com/I0ie2Z32oW

Read more: What is the Ring of Fire? 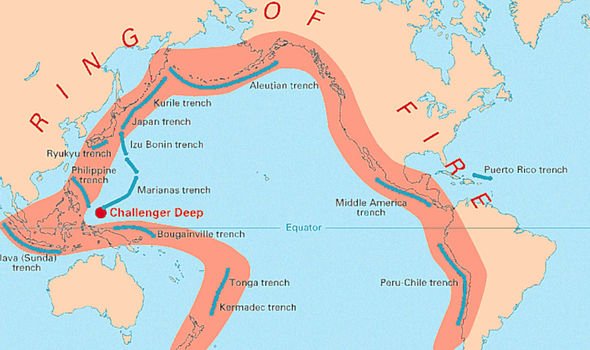 Bottom line: Two large earthquakes – a 6.6-magnitude off the coast of Western Australia and a 7.3-magnitude in Indonesia – struck on July 14, 2019.