Glaciers are melting in many places on Earth today. But glacier loss in the Peruvian Andes is happening particularly rapidly. New research reports a reduction of almost 30% between 2000 and 2016.

A new study that looked at glacier loss over all Peruvian mountain ranges reports a reduction of almost 30% in the area covered by glaciers between 2000 and 2016.

Tropical glaciers exist around the equator at altitudes higher than 13,000 feet (4,000 meters), and Peru is home to 92% percent of all areas covered by glaciers in the tropics.

The study, published September 30, 2019, in the journal The Cryosphere, used satellite data to measure the changes in glaciers across the Peruvian Andes mountains between 2000 and 2016. The researchers identified a glacial retreat of 29% for the period – an area roughly equivalent to 80,000 soccer fields. In addition, they found that of 1,973 glaciers that existed at the start of the study period, 170 have disappeared completely. They observed a rate of retreat for the period 2013 to 2016 almost four times higher than in the years before. 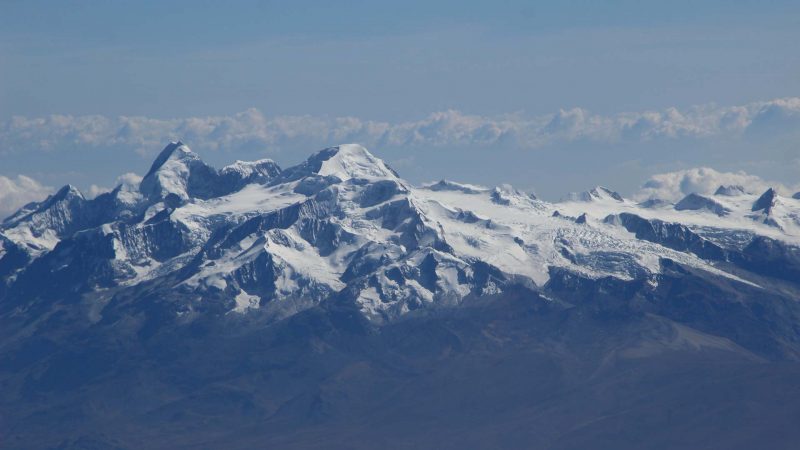 Tropical glaciers exist in the high altitudes of more than 4,000 meters (2.5 miles) around the equator. Peru is home to 92% of all glaciated areas in the tropics. Image via Thorsten Seehaus.

Like many glaciers around the globe, Peru’s glaciers are a valuable source of water for human communities. They store precipitation in the form of snow and ice and release it again in the form of meltwater during the dry season. They supply drinking water, ensure that the rivers continue to flow and supply water to hydroelectric power plants.

The researchers involved with this new study said in a statement:

… forecasts predict that the maximum amount of water which can be obtained from the melting of the glaciers has already been exceeded in certain areas of the Andes.

An overall reduction in meltwater is to be expected. 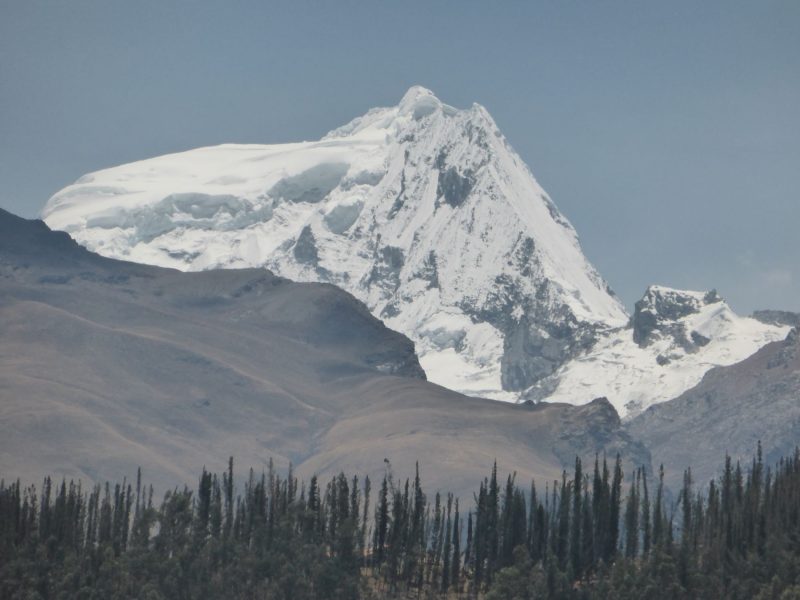 For individual mountain ranges in the Andes, such as the Cordillera Blanca, an acceleration of the glacier retreat has been reported since the 1980s. Image via Matthias Braun.

The retreat of glaciers also increases the risk of natural hazards, said the scientists, such as when swollen meltwater lakes flood downstream communities. According to their statement:

The water is often held back by the former terminal moraines left by the glacier. If ice or rock avalanches end in the lake or the ice at the core of the moraines melts or erodes, the dam can break or overflow. This leads to the glacial lake emptying without warning, sending a destructive flood wave down the valley. A flood wave such as this destroyed a third of the town of Huaraz in 1941. In the Cordillera Blanca, glacier-related natural disasters claimed more than 25,000 victims between 1941 and 2003. It follows that tracking changes in glaciers is also important from a civil protection point of view. Doing so allows countermeasures to be taken in good time, for example the reinforcement of dams or the controlled draining of water from glacial lakes.

The considerably higher rate of shrinkage in glaciers between 2013 and 2016, the researchers said, correlates with the intense El Niño activities experienced at that time. Typical climate variations triggered by El Niño in the Peruvian Andes are an increased temperature, a reduction in precipitation and a delayed rainy season. These factors, they said, lead to increased glacial melting.

Bottom line: A new study on glaciers in the Peruvian Andes reports a loss of almost 30% between 2000 and 2016.

Source: Changes of the tropical glaciers throughout Peru between 2000 and 2016 – mass balance and area fluctuations.

Via University of Erlangen-Nuremberg