Scientists have debated whether the dinosaurs were already in decline before a massive asteroid impact finished them off 66 million years ago. New research shows they were thriving in their final days.

Dinosaurs once reigned on Earth, until a cataclysmic event – now thought to have been a massive asteroid impact, or possibly intense volcanic activity – wiped them out about 66 million years ago during the Maastrichtian age at the end the Late Cretaceous epoch. This mass extinction event was sudden and brutal, powerful enough to wipe out the largest creatures to ever walk on the Earth – and countless others as well.

There has, however, been some debate as to what was happening before the mass extinction. Some scientists thought the dinosaurs were flourishing right up until their demise, while others suggested that they had already been in decline before they were finished off. 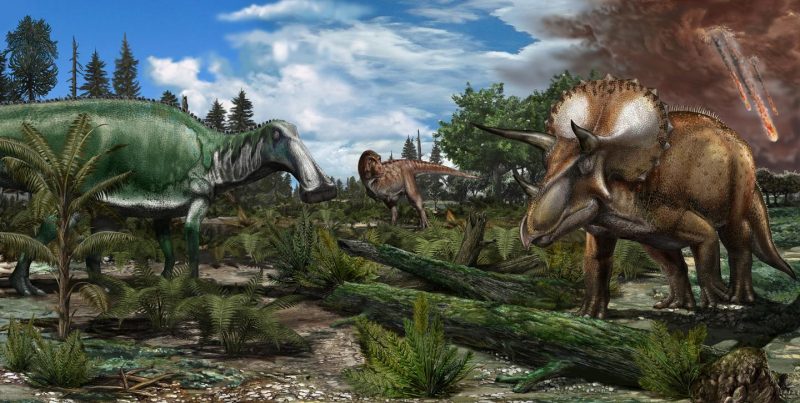 Illustration of a late Maastrichtian palaeoenvironment in North America, where dinosaurs like Tyrannosaurus rex, Edmontosaurus and Triceratops roamed the floodplains 66 million years ago. The Maastrichtian was the latest age of the Late Cretaceous epoch. Image via Davide Bonadonna.

The new peer-reviewed paper was published in Nature Communications on March 6, 2019. Alessandro Chiarenza is a Ph.D. student in the Department of Earth Science and Engineering at Imperial and lead author of the study. Chiarenza said in a statement:

Dinosaurs were likely not doomed to extinction until the end of the Cretaceous, when the asteroid hit, declaring the end of their reign and leaving the planet to animals like mammals, lizards and a minor group of surviving dinosaurs: birds.

The results of our study suggest that dinosaurs as a whole were adaptable animals, capable of coping with the environmental changes and climatic fluctuations that happened during the last few million years of the Late Cretaceous. Climate change over prolonged time scales did not cause a long-term decline of dinosaurs through the last stages of this period.

According to the researchers, previous studies had underestimated the number of living species at the end of the Cretaceous period – when the asteroid hit – due to changing fossilization conditions. This led to the erroneous conclusion that some species had already been in decline or gone extinct before the asteroid collision.

The study focused on North America, where some of the most well-known dinosaurs used to roam, such as Tyrannosaurus rex and Triceratops. 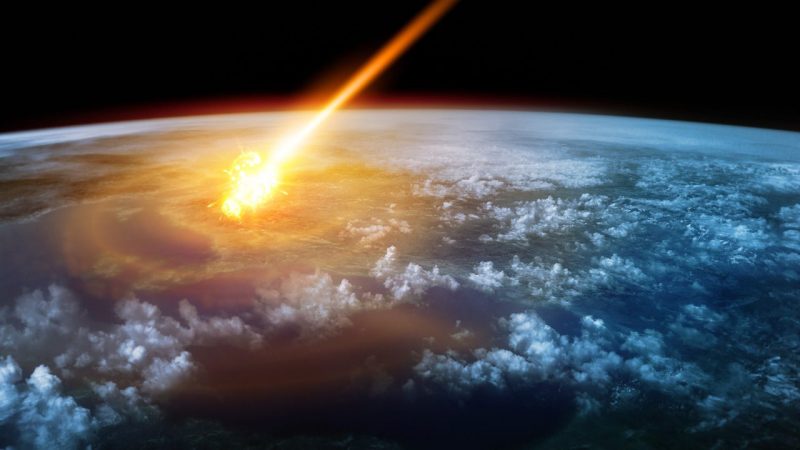 A massive asteroid impact – or possible intense volcanic activity – caused the extinction of the dinosaurs 66 million years ago, according to current research. Image via James Thew/iStockphoto.

Way back then, North America was split into two halves by an inland sea. The Rocky Mountains in the western half were forming at this time, and sediment from the mountains created ideal conditions for preserving dinosaur bones. Conditions in the eastern half were far less conducive to preservation, however. Fossils in the western half, along with some mathematical predictions, had been used to suggest that dinosaur populations were in decline before the asteroid hit. Paper co-author Philip Mannion, from University College London, explained:

Most of what we know about Late Cretaceous North American dinosaurs comes from an area smaller than one-third of the present-day continent, and yet we know that dinosaurs roamed all across North America, from Alaska to New Jersey and down to Mexico.

The researchers used a method called ecological niche modelling – or species distribution modelling –  that takes into account different environmental conditions, such as temperature and rainfall, which each species needs to survive. When they mapped these conditions, both across the continent and over time, they were able to determine where different dinosaur species could most easily survive changing conditions – before the asteroid impact occurred. 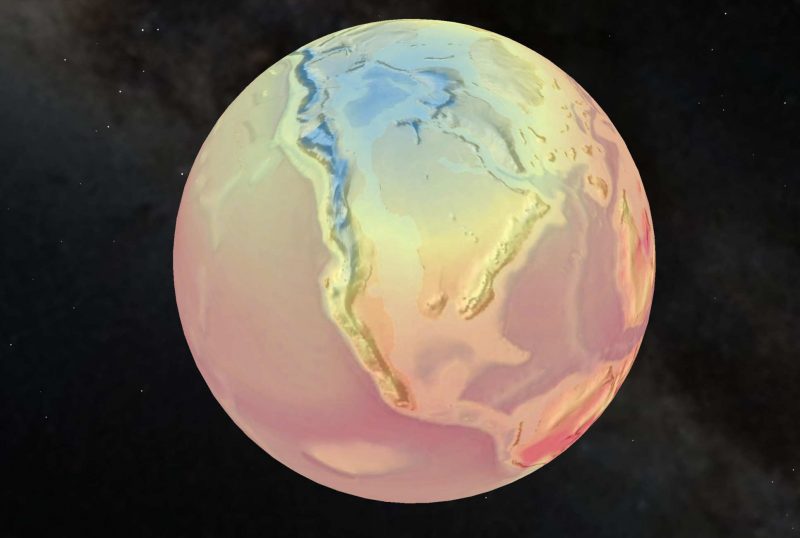 Instead of being in decline, they found that many species were actually more widespread than previously thought. Those species, however, were in locations where fossils were less likely to be preserved and those locations were smaller than initially estimated. The lesser numbers of fossils in these areas had previously led scientists to the conclusion that those species were already in decline, when they actually were not. According to the researchers:

The results of our study suggest that dinosaurs as a whole were adaptable animals, capable of coping with the environmental changes and climatic fluctuations that happened during the last few million years of the Late Cretaceous. Climate change over prolonged time scales did not cause a long-term decline of dinosaurs through the last stages of this period.

Bottom line: These findings make this tale all the more tragic – dinosaurs were thriving at their peak on this planet in the Late Cretaceous. They had taken over the world, and survived other potential calamities, only to have a random chunk of rock from space – or unprecedented volcanic eruptions – seal their ultimate fate.