You’ve seen the picture: a fearsome T. Rex, baring its teeth, tongue stretching out of its mouth. But new research says there’s a problem with this classic image. Dinosaurs couldn’t stick out their tongues. 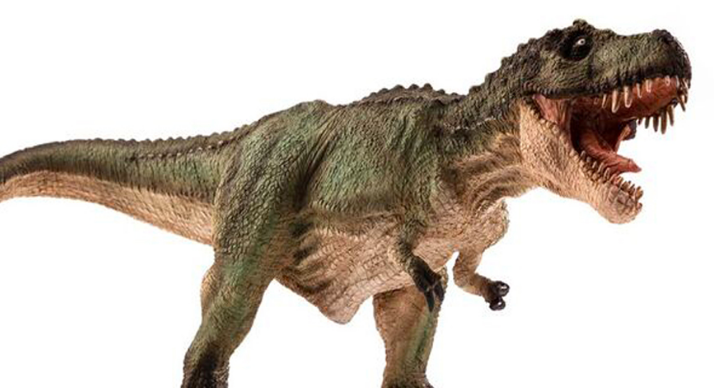 What’s wrong with this picture? Image via everythingdinosaur.

Despite the images you’ve seen in movies, new research, published June 20, 2018 in the peer-reviewed journal PLOS ONE, reveals that dinosaurs couldn’t stick out their tongues like lizards. Instead, their tongues were probably rooted to the bottoms of their mouths in a manner akin to alligators’.

Researchers from the University of Texas at Austin and the Chinese Academy of Sciences made the discovery by comparing the hyoid bones – the bones that support and ground the tongue – of modern birds and crocodiles with those of their extinct dinosaur relatives.

The results indicate that hyoid bones of most dinosaurs were like those of alligators and crocodiles, that is – short, simple and connected to a tongue that was not very mobile. Study co-author Julia Clarke of the University of Texas said that these findings mean that dramatic reconstructions that show dinosaurs with tongues stretching out from between their jaws are wrong. Clarke said in a statement:

They’ve been reconstructed the wrong way for a long time. In most extinct dinosaurs their tongue bones are very short. And in crocodilians with similarly short hyoid bones, the tongue is totally fixed to the floor of the mouth. 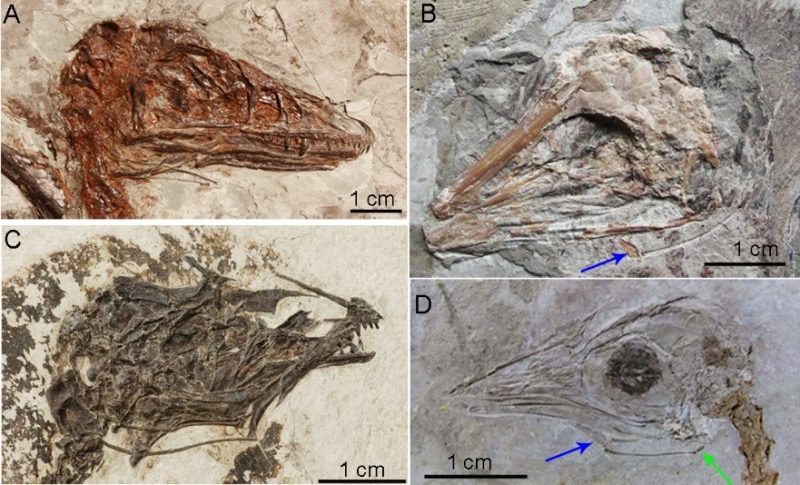 Fossils discovered in Northeast China with the delicate hyoid bones – the bones that support and ground the tongue – still preserved. The blue and green arrows point to the hyoid apparatus. Image via Li et al. 2018.

According to a statement from the University of Texas:

The researchers made their discovery by comparing the hyoid bones of extinct dinosaurs, pterosaurs and alligators to the hyoid bones and muscles of modern birds and alligator specimens. Hyoid bones act as anchors for the tongue in most animals, but in birds these bones can extend to the tip. Because extinct dinosaurs are related to crocodiles, pterosaurs and modern birds, comparing anatomy across these groups can help scientists understand the similarities and differences in tongue anatomy and how traits evolved through time and across different lineages. 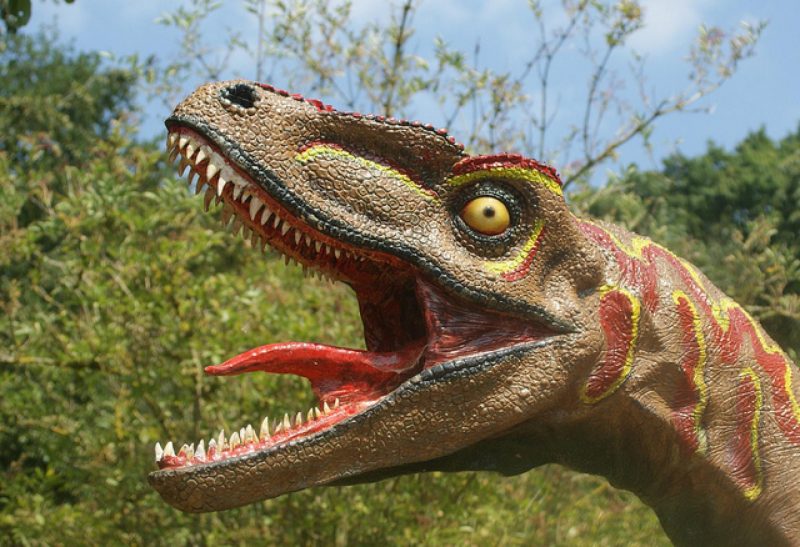 What’s wrong with this picture? Dinosaurs in reconstructions are often shown with tongues wildly waving — a feature that is incorrect, according to new research. Image via Spenser Wright/University of Texas at Austin.

The research also suggests there’s a connection to the origin of flight and an increase in tongue diversity and mobility. In contrast to the short hyoid bones of crocodiles, the researchers found that pterosaurs, bird-like dinosaurs, and living birds have a great diversity in hyoid bone shapes. They think the range of shapes could be related to flight ability, or in the case of flightless birds such as ostriches and emus, evolved from an ancestor that could fly. The researchers propose that taking to the skies could have led to new ways of feeding that could be tied to diversity and mobility in tongues.

Zhiheng Li, an associate professor at the Key Laboratory of Vertebrate Evolution and Human Origins of the Chinese Academy of Sciences, is the study lead author. Li said:

Tongues are often overlooked. But, they offer key insights into the lifestyles of extinct animals. 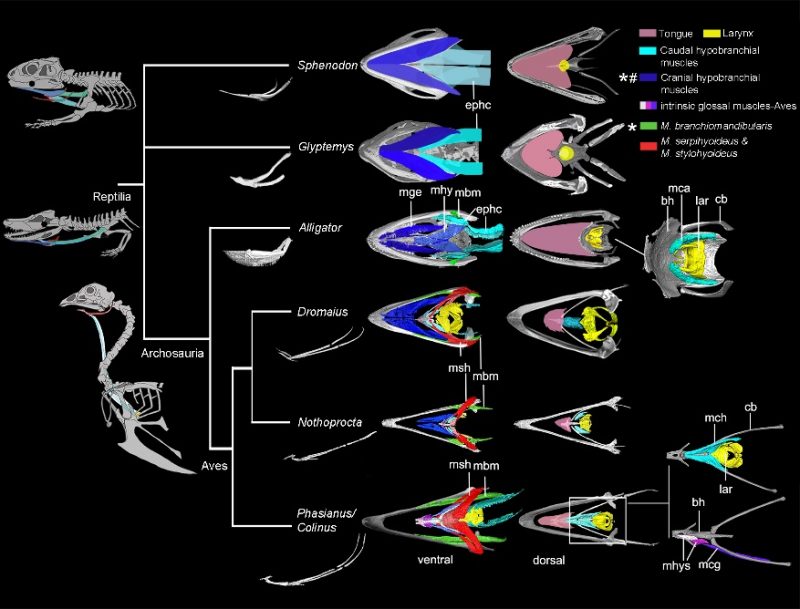 Tongue and hyoid reconstructions from living taxa of birds and reptiles. Image via Li et al. 2018.

Read more from University of Texas at Austin