Did Ice Age humans affect the extinction of large mammals?

A study of large-mammal extinction during the last ice age focuses on the effects of climate change and human encroachment on habitat.

The histories of six large herbivores — the woolly rhinoceros, woolly mammoth, wild horse, reindeer, bison and musk ox — are linked with climate fluctuations and human activity, especially at the end of the last ice age, scientists reveal in a new report.

Eske Willerslev, University of Copenhagen, and his international team suggest that early humans and changing climate were responsible for the extinction of some cold-adapted animals, and the near-extinction of others. 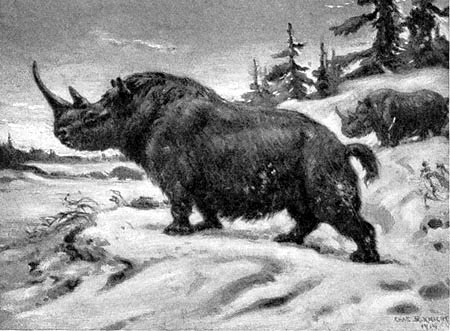 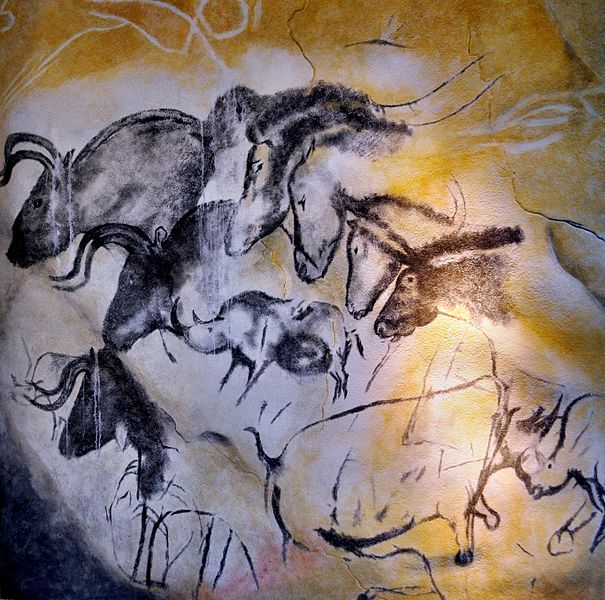 The study — the first to use genetic, archaeological and climate data to infer the population history of large-bodied Ice Age mammals — appears online in the journal Nature, November 2, 2011.

We couldn’t pinpoint what patterns characterize extinct species, despite the large and varying amount of data analyzed. This suggests that it will be challenging for experts to predict how existing mammals will respond to future global climate change — to predict which species will go extinct and which will survive.

Team member Beth Shapiro, Penn State University, explained that all six of the studied species flourished during the Pleistocene Epoch — the period of geologic time that lasted from about two million to 12,000 years ago. It was a time of climate ups and downs — between warm periods similar to what we have today and long, cold intervals called ice ages.

Although cold-adapted animals fared better during the colder glacial periods, they still managed to find places where the climate was just right — refugia — to survive during warmer interglacial periods. Then after the peak of the last ice age around 20,000 years ago, their luck started to run out. 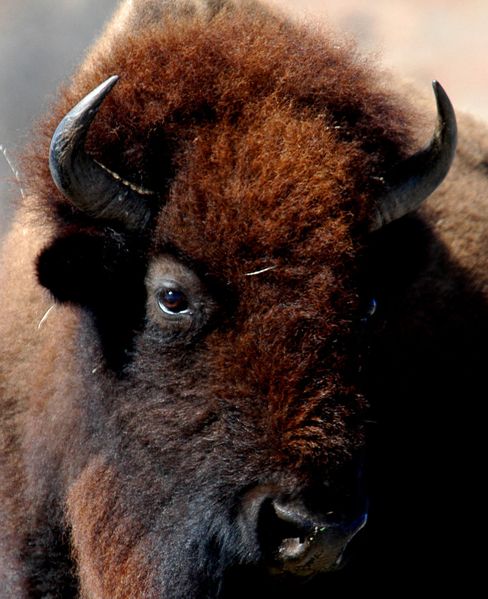 Bison are extinct in Asia, where their populations were extensive during the ice ages, and now are found only in North America, although a related species survives in small numbers in Europe. Image Credit: Ted Lee Eubanks, Jr./FERMATA Inc.

What changed? To find answers, Shapiro and colleagues tested hypotheses about how, when and why the woolly rhinoceros, woolly mammoth and wild horse went extinct after the last ice age and why the reindeer, bison and musk ox were able to survive — albeit in more restricted ranges than during the ice ages.

They looked at DNA, estimating when and how much populations were able to grow and shrink as the climate changed and their habitat started to disappear. They also collected climate data from both glacial and interglacial periods, as well as archaeological data, which they used to study the extent to which early humans may have influenced the survival of these species. Shapiro said:

For example, in locations where animal bones had been cooked or converted into spears, we know that humans lived there and were using these mammals as a resource. Even where we didn’t find evidence that humans were using the animals, if they lived in the same place and at the same time, humans could have had some influence on whether the animals survived or not.

These data suggest that climate change, and not humans, was the main reason why this particular species went extinct in present-day Europe. We expect, though, that humans might have played a role in other regions of the world where they did overlap with woolly rhinos.

Much clearer was the evidence that humans influenced, and not always negatively, the population sizes of the five other species in the study — the woolly mammoth, wild horse, reindeer, bison and musk ox.

Population fluctuations for all six species continued until around 14,000 years ago when many of the species simply disappeared at the end of the last ice age. Shapiro said:

The take-home message is that during the most recent warming event, when the last ice age faded into the warm interval we have today, something kept these animals from doing what they had always done, from finding alternative refugia — less-than-ideal, but good-enough chunks of land on which to keep their populations at a critical mass. That ‘something’ was probably us. 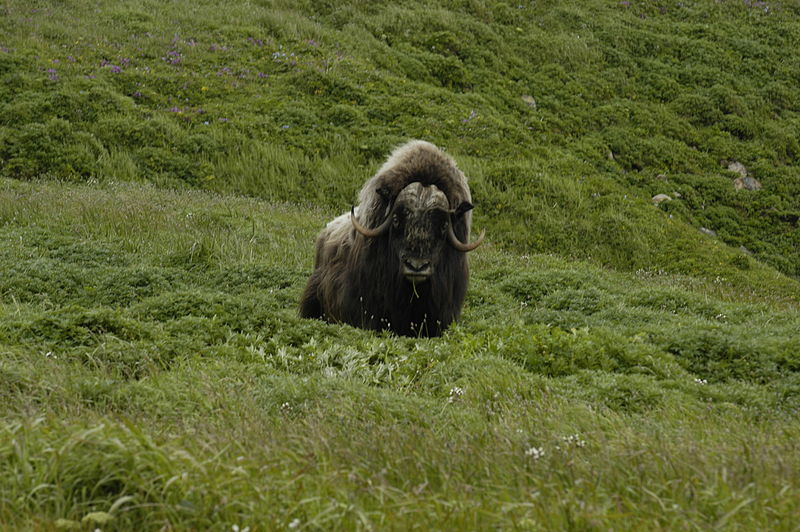 During the time when the animals were declining, the human population was beginning its boom, and was spreading out across not only the large-bodied mammals’ cold-climate habitats, but across their warm-climate refuges, changing the landscape with agriculture and other activities.

Many large-bodied, cold-adapted mammals, including the horse — which is considered extinct in the wild and now survives only as a domesticated animal — suddenly had no alternative living spaces, and, as such, no means to maintain their populations.

Reindeer managed to find safe habitat in high arctic regions where today they have few predators or competitors for limited resources.

Bison are extinct in Asia, where their populations were extensive during the ice ages, and now are found only in North America, although a related species survives in small numbers in Europe.

Cold-adapted musk oxen live only in the arctic regions of North America and Greenland, with small introduced populations in Norway, Siberia and Sweden.

Interestingly, if humans had any impact on musk ox populations, it may have been to help sustain them. Musk ox populations first became established in Greenland around 5,000 years ago, after which they expanded rapidly, despite having been a major food resource for the Paleo-Eskimo population. 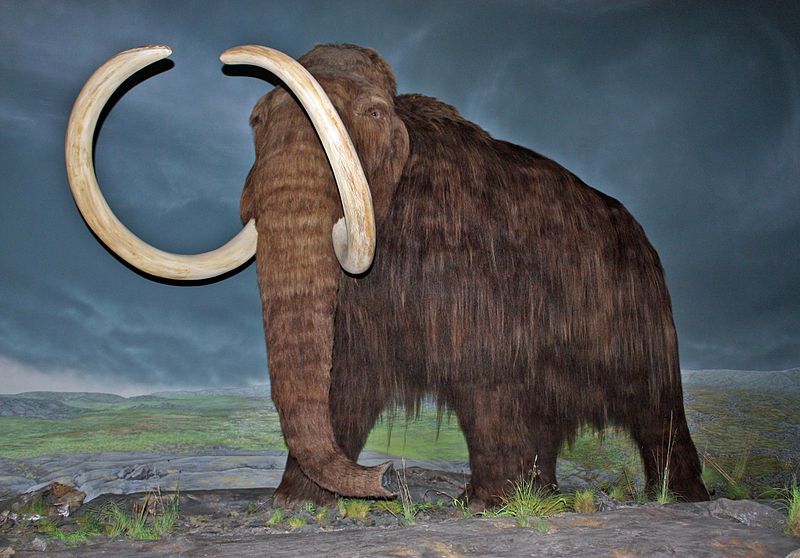 Our ancestors, it seems, were able to change the landscape so dramatically, according to Shapiro, that these now-extinct animals were effectively cut off from what they needed to survive, even when the human population was small. She said:

There are many more humans today, and we have changed, and are continuing to change, the planet in even more important ways.

The study carries a message about the possible fates of living mammals as Earth continues to heat up. Willerslev said:

Our findings put a final end to single-cause theories of these extinctions. Our data suggest care should be taken in making generalizations regarding past and present species extinctions. The relative impacts of climate change and human encroachment on species extinctions really depend on which species we’re looking at.

Musk oxen in Alaska during the 1930s, lined up in defensive formation. Via Wikipedia

Bottom line: Eske Willerslev, University of Copenhagen, and his international team suggest that early humans and changing climate were responsible for the extinction of some cold-adapted animals (woolly rhinoceros, woolly mammoth, wild horse) and the near-extinction of others (reindeer, bison and musk ox). Their findings appear in the online issue of Nature, November 2, 2011.

Japanese scientist and Russian team intend to clone a mammoth