This year’s Gulf of Mexico dead zone of oxygen-depleted waters is the 8th largest ever recorded. 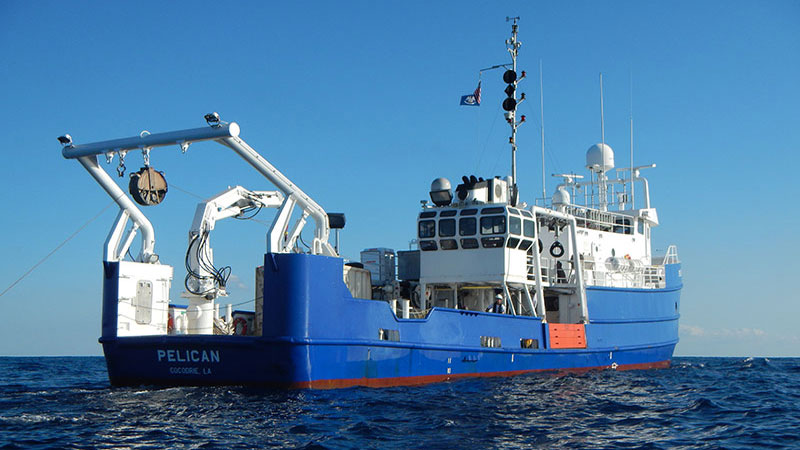 A dead zone of oxygen-depleted waters forms every summer in the Gulf of Mexico in response to nutrient runoff from the Mississippi River watershed. Scientists have been tracking the summer dead zone for 33 years now, and they have found that this year’s area of low oxygen waters extends for 6,952 square miles (18,006 square km). It is the 8th largest dead zone ever recorded.

Nutrient-rich runoff containing nitrogen and phosphorus from agricultural lands and sewage causes the summer dead zone in the Gulf of Mexico. These nutrients, in combination with sunlight and warm waters in the Gulf, trigger algal blooms. Then, as the algae die off and are decomposed by bacteria, oxygen in the bottom waters drops to levels that can be deadly for many marine organisms.

Extent of the summer dead zone in the Gulf of Mexico according to sampling data collected by Louisiana scientists in July 2019. Image via LUMCON.

Scientists took measurements of the extent of this year’s dead zone from onboard the R/V Pelican over July 23–29, 2019. The area of the dead zone was estimated at 6,952 square miles (18,006 square km). This is the eighth largest dead zone recorded in the 33 year historical record of such events.

The dead zone was actually smaller in size than that predicted back in spring based on the amount of rainfall and runoff generated this year. Scientists suspect that Hurricane Barry, which made landfall along the Louisiana coast on July 13 as a Category 1 storm, stirred up the waters and disrupted the growth of the dead zone. The dead zone is expected to continue its rapid growth if future conditions remain calm. The dead zone will eventually dissipate in the autumn as water temperatures cool and oxygen-rich waters become well mixed.

Marine ecologist Nancy Rabalais of Louisiana State University led the sampling effort. She commented on the survey results in a statement:

Past research indicates that hypoxia can take a week to reform in the summer after major wind events such as the recent passage of Hurricane Barry. We didn’t know what we would find when we went out to map the zone. We found that, despite the storm, the zone reformed and was in the process of rapidly expanding.

The dead zone in the Gulf of Mexico has harmful effects on marine life and fisheries, and so scientists have set a target to have the dead zone grow to no larger than 1,900 square miles (4921 square km) on average (with data collected over a five year period) by 2035. To achieve such a remedial goal, further reductions in nutrient runoff from farms and urban areas will be necessary. 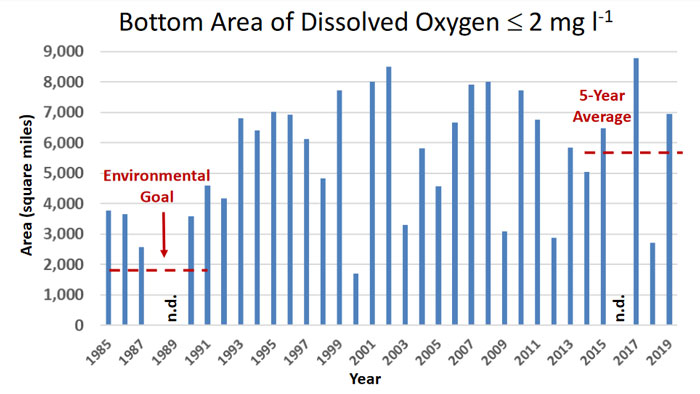 Trend in the size of the dead zone that forms each summer in the Gulf of Mexico. Image via LUMCON.

The annual summer sampling in the Gulf of Mexico is a joint endeavor of Louisiana State University and LUMCON (Louisiana Universities Marine Consortium), and the scientists receive funding support from NOAA (National Oceanic and Atmospheric Administration) for their work.