A new study suggests that climate change is the key driver of changes in water flow in rivers worldwide. 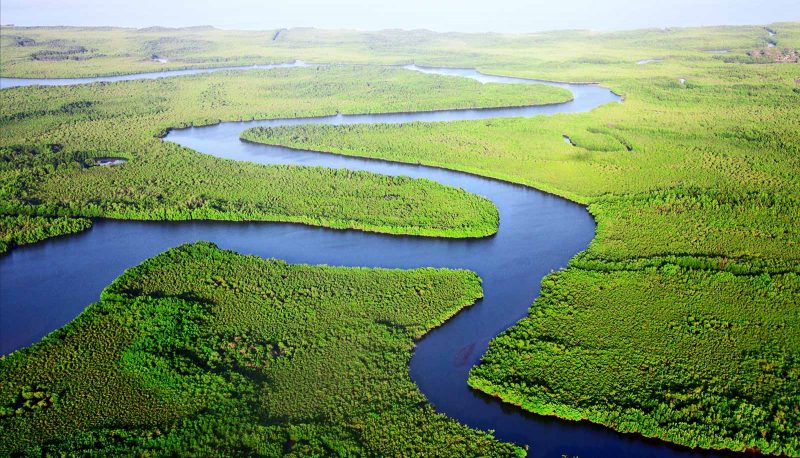 More often than ever before, water available in rivers worldwide is at the mercy of climate change. That’s according to a new study by an international researchers, published March 12, 2021, in the peer-reviewwed journal Science.

Although other factors, such as water and land management, affect changes in the amount of water in Earth’s rivers, the research indicates that climate change is the key driver. Yadu Pokhrel, of Michigan State University, is a study co-author. He said in a statement:

It’s a noteworthy finding because as climate change impacts extreme flows, it could be worsening flooding or increasing water scarcity during dry seasons.

The amount of available water in rivers also depends on factors such as direct interventions in the water cycle or land use change. For example, the scientists said, if water is diverted for irrigation or regulated via reservoirs, or forests are cleared and monocultures grown in their place, this can have an impact on river flow.

To break down the influence of these factors, the research team analyzed data from 7,250 measuring stations worldwide gathered from 1971 to 2010, and also analyzed computer simulations from nine global hydrological models. They determined that, across the globe, human-made climate change altered long-term average river flow as well as the flow during dry seasons. The study revealed complex patterns. For example, some regions such as the Mediterranean and northeastern Brazil had become drier, while elsewhere the volume of water had increased, such as in Scandinavia. Read more about how the scientists did the study. 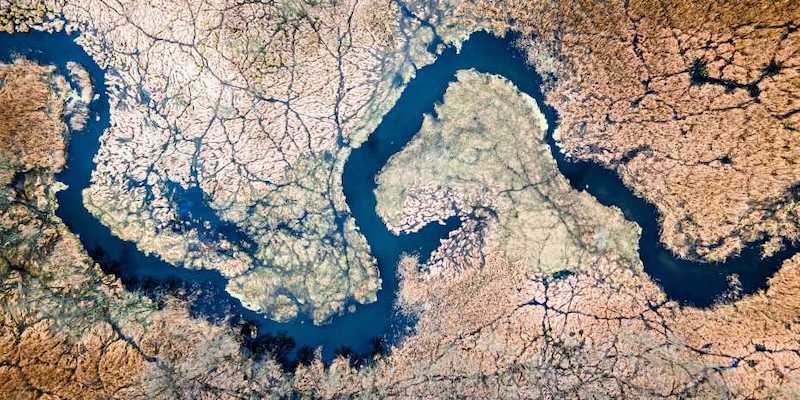 Rivers and streams are changing on a global scale due to climate change. The image shows a river landscape in Poland. Image via Shalith/ iStock/ ETH Zurich.

Pokhrel said flows in rivers and streams can alter year by year, but they don’t increase or lessen over long time scales without serious influence from changing climate or human actions. He said:

Previous research has shown that river flows have been changing over time globally but the causes were not known. This study shows that the change in stream flow annually or during droughts was primarily caused by climate change during the past 30 years.

This suggests that we are on course to lose more and more water in rivers as climate change continues, which could seriously undermine our ability to maintain water supplies for drinking, industries, power generation, and food production.

Bottom line: According to new research, climate change is the key driver of changes in water flow in rivers worldwide.