Can you tell a Cydippid from a Solmaris? You can, with a little training. Scientists could use your help classifying plankton at the Plankton Portal.

Zooniverse launched a new citizen science project, called the Plankton Portal, in mid-September 2013. It aims to classify plankton photographed in waters off southern California and is the latest in a collection of citizen science projects at Zooniverse, an organization that pioneered the use of web tools for volunteers to help scientists analyze their data. This latest project is an effort to classify different types of ocean plankton in highly magnified images obtained by the In Situ Ichthyoplankton Imaging System (ISIIS), an underwater robotic camera. 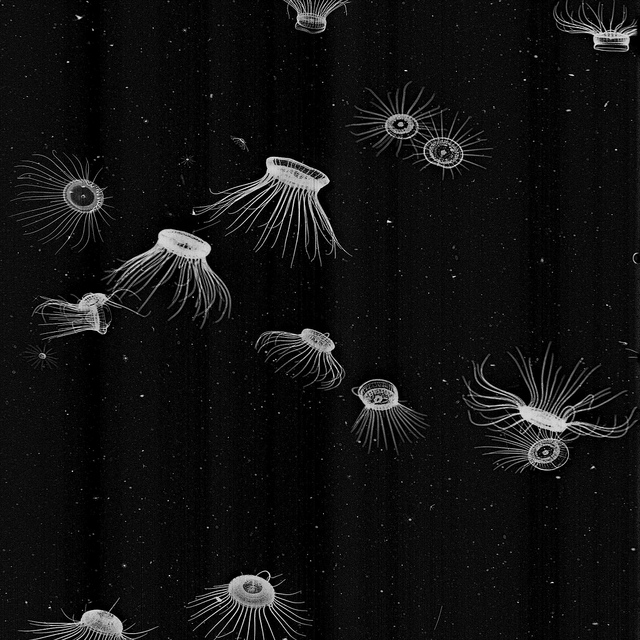 The hydromedusa, Solmaris rhodoloma, in waters off the coast of southern California. The In Situ Ichthyoplankton Imaging System (ISIIS) acquired this image in October 2010. Each medusa is about two centimeters long. Image via Bob Cowen/University of Miami & Oregon State University.

Plankton is a term that refers to a wide variety of organisms that live adrift in ocean waters. They come in many sizes, from thousandths of an inch to almost three feet. Most plankton, however, are under an inch in length. Some spend their entire lives drifting in the ocean. For other species, it’s just a temporary phase in their life cycle.

Suspended in the water, plankton are weightless, giving rise to fragile organisms with complex wispy forms. This also makes them hard to maintain as specimen collections for study in the lab. So, the best way to study plankton is in their natural habitat, the ocean waters. 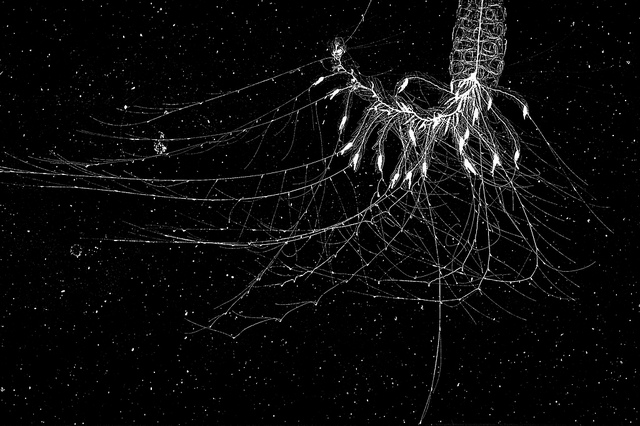 Photograph of a physonect siphonophore, Forskalia sp., off the coast of southern California. ISIIS obtained the image in October 2010. Image via Bob Cowen/University of Miami & Oregon State University.

Scientists at the University of Miami, with Bellamare LLC, a company that designs and builds underwater equipment, created the In Situ Ichthyoplankton Imaging System (ISIIS). As this robotic system travels through water, it takes a rapid succession of high resolution images of plankton communities in its path. It uses an innovative imaging technique that captures shadows cast on an image detector by the plankton as they move through a beam of light, revealing exquisitely fine structural details of these mostly transparent organisms. During each deployment, large volumes of image data obtained by ISIIS are stored in an onboard hard drive, along with information about ocean depth, salinity, temperature, light levels, amounts of dissolved oxygen in the water, and amounts of chlorophyll. 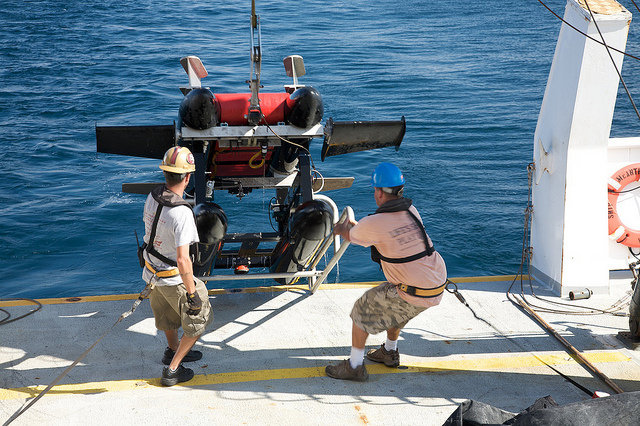 ISIIS being pulled out of the Gulf of Mexico by crew on board the NOAA R/V McArthur II in August 2011. Image via Jessica Luo/University of Miami. 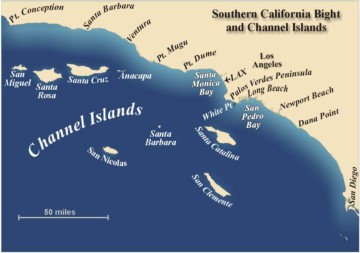 Plankton surveys, like those undertaken by ISIIS, help scientists understand the local and global effects of plankton on the ocean. But these tiny organisms are overwhelmingly high in numbers. Data in the Plankton Portal was obtained in the fall of 2010, in waters off southern California known as the Southern California Bight. But there are so many plankton images to analyze that the scientists have turned to the public for help in classifying types of plankton organisms.

Jessica Luo, a graduate student at the University of Miami, said in a recent press release:

… In three days, we collected data that would take us more than three years to analyze.

A computer will probably be able to tell the difference between major classes of organisms, such as a shrimp versus a jellyfish, but to distinguish different species within an order or family, that is still best done by the human eye.

… With the volume of data that ISIIS generates, it is impossible for us to individually classify every image by hand, which is why we are exploring different options for image analysis, from automatic image recognition software to crowd-sourcing to citizen scientists. 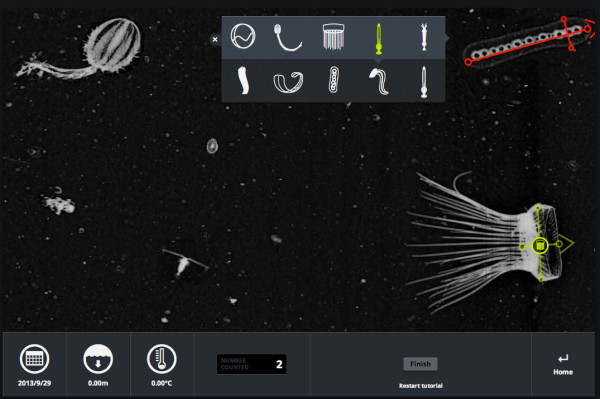 If you’d like to help scientists measure and classify the plankton, you’ll find everything you need to dive into the project at the Plankton Portal website. The scientists are mainly interested in collecting information about zooplankton, but if you notice anything unusual, you can leave them a message alerting them to it, or discuss it at the Plankton Portal forum. There’s a tutorial available on how to measure the zooplankton, as well as additional information about the types of organisms you’ll encounter as you work on the images. You might even discover an organism new to science! 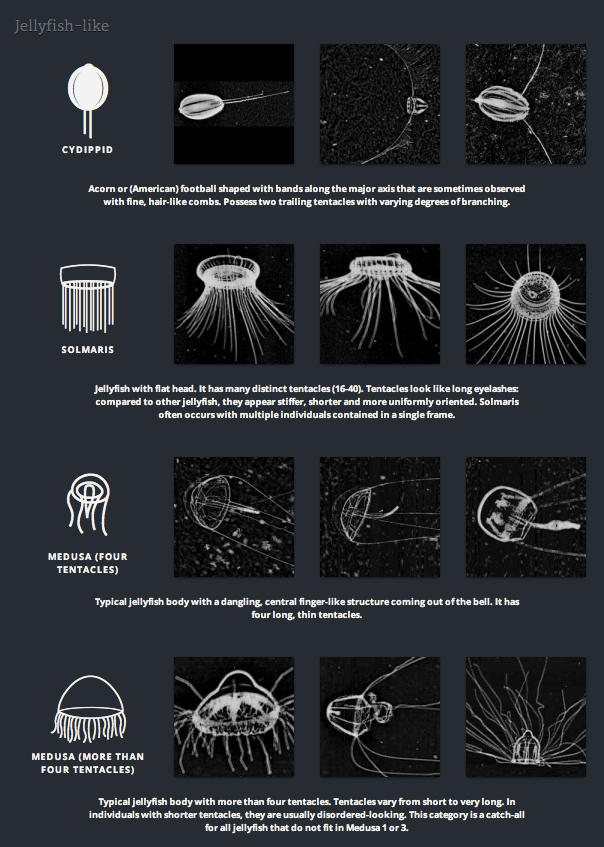 Bottom Line:
The Plankton Portal is a new citizen science program, launched in September 2013, to classify different types of ocean plankton. The In Situ Ichthyoplankton Imaging System (ISIIS), an underwater robotic camera, obtained highly magnified images of these tiny organisms in the fall of 2010. Because plankton have delicate and complex forms, automated classification with a computer is currently not possible, so scientists are turning to the best computers they can find, the human brain. They’d like your help in classifying thousands of plankton, in images obtained at waters off the coast of southern California.