What are your chances of a white Christmas this year?

Dreaming of a white Christmas? Here’s a map depicting which places in the US have the best chance of being snowy on Christmas Day 2020. 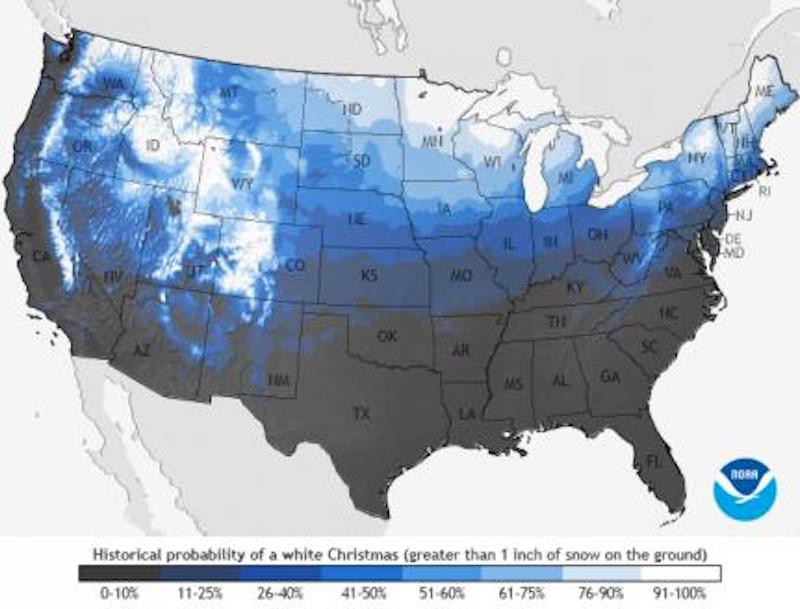 Darkest gray shows places where the probability is less than 10%, while white shows probabilities greater than 90% of at least 1 inch on snow on the ground. Check your hometown on an interactive version of this map. Image via NOAA.

If you live in the U.S. and are wondering about your chances of getting a white Christmas this year, here’s a map that’ll help you determine the probability that your hometown will have snow on the ground on Christmas Day 2020.

The so-called “Historical Probability of a White Christmas” map shows the probability of at least 1 inch of snow being on the ground on December 25 in the contiguous United States. NOAA (National Oceanic and Atmospheric Administration) released this year’s map, based on 30 years of weather data, on December 7, 2020. You can click on your hometown on this interactive version of the map.

Here are the places that NOAA says have the best chances for a white Christmas in the Lower 48 in 2020:

Most of Idaho, Minnesota, Maine, Upstate New York, the Allegheny Mountains of Pennsylvania and West Virginia, and, of course, the Rockies and the Sierra Nevada Mountains all have a high probability of seeing a white Christmas. And, Aspen, Colorado, is just one of about a dozen locations boasting a 100% historical probability of seeing a white Christmas. 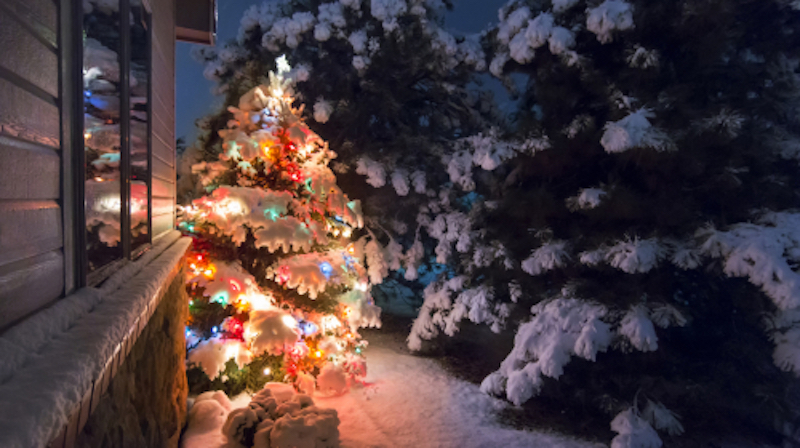 Will you see a scene like this? Image via NOAA.

This map is based on the 1981-2010 Climate Normals, which are the latest three-decade averages of several climatological measurements. NOAA said:

NOAA added that while the map shows the climatological probability of snow-covered ground on December 25, the actual conditions this year may vary widely from these probabilities because the weather patterns present at the time will determine if there is snow on the ground or if snow will fall on Christmas Day. For prediction of your actual weather conditions, check out your local forecast at Weather.gov within seven days of Christmas. 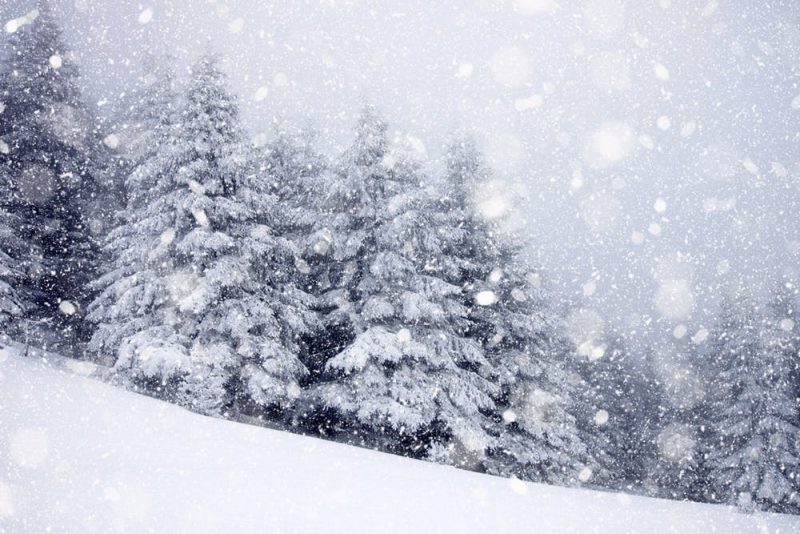 Bottom line: NOAA map of the U.S. depicting chances of a white Christmas in 2020.