Carbon dioxide levels now higher than at any time in past 3.6 million years

Levels of atmospheric carbon dioxide (CO2) and methane continued to rise in 2020, said NOAA, despite the economic slowdown caused by the coronavirus pandemic response. 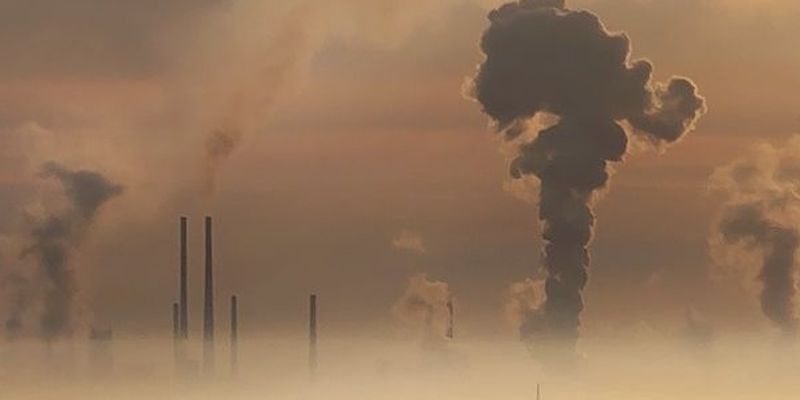 Levels of climate-warming carbon dioxide (CO2) and methane in the atmosphere continued to rise in 2020, with CO2 levels reaching their highest point in 3.6 million years, according to NOAA research, despite the economic slowdown caused by the coronavirus pandemic response.

The rise happened despite an estimated 7% reduction in global carbon emissions due to the pandemic. Without the economic slowdown, the 2020 increase would have been the highest on record, said Pieter Tans, senior scientist at NOAA’s Global Monitoring Laboratory.

Scripps Institution of Oceanography released similar findings, also on April 7, saying that atmospheric CO2 concentrations at the Mauna Loa Observatory monitoring station in Hawaii are now at record levels. Their measurements show that the average for March 2021 was 417.14 ppm, which is 50% higher than the average for the years 1750-1800, just prior to the Industrial Revolution. 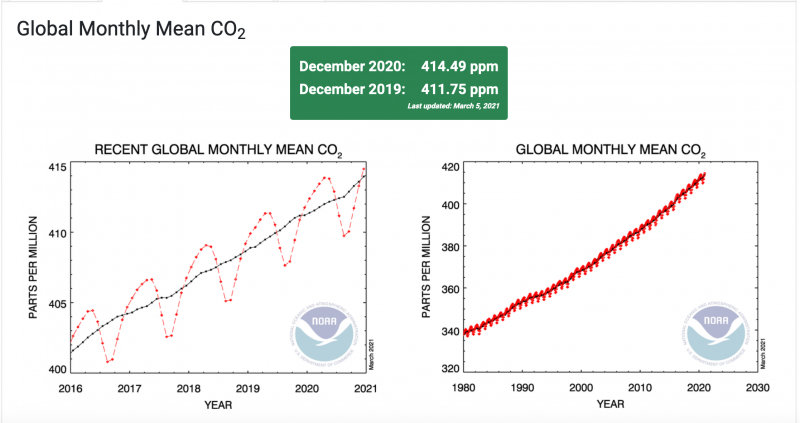 According to the NOAA report:

The atmospheric burden of CO2 is now comparable to where it was during the Mid-Pliocene Warm Period around 3.6 million years ago, when concentrations of CO2 in the atmosphere ranged from about 380 to 450 parts per million. During that time sea level was about 78 feet higher than today, the average temperature was 7 degrees F (3.9 degrees C) higher than in pre-industrial times, and studies indicate large forests occupied areas of the Arctic that are now tundra.

Methane in the atmosphere is generated by many different sources, such as fossil fuel development and use, decay of organic matter in wetlands, and as a byproduct of livestock farming. Determining which specific sources are responsible for variations in methane annual increase is difficult. Ed Dlugokencky, research chemist at NOAA’s Global Monitoring Lab, said:

Although increased fossil emissions may not be fully responsible for the recent growth in methane levels, reducing fossil methane emissions are an important step toward mitigating climate change.

Human activity is driving climate change. If we want to mitigate the worst impacts, it’s going to take a deliberate focus on reducing fossil fuels emissions to near zero, and even then we’ll need to look for ways to further remove greenhouse gasses from the atmosphere.

Bottom line: Levels of atmospheric carbon dioxide (CO2) and methane continued to rise in 2020, said NOAA, despite the economic slowdown caused by the coronavirus pandemic response.