Formerly secret Camp Century in Greenland was abandoned beneath ice and snow. But the ice is melting, and biological, chemical and nuclear waste may be released as early as 2090. 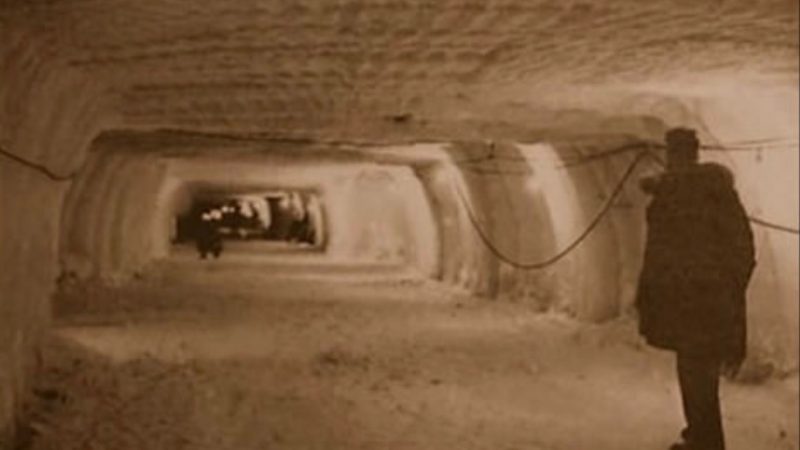 A statement from these scientists says that Camp Century doubled as a top-secret site for testing the feasibility of deploying nuclear missiles from the Arctic during the Cold War. Image via rustoria.ru.

Greenland ice is melting. This week, as a new map showed where Greenland’s bedrock ice is still solid and where’s it’s now melting, an unrelated study said that – as the ice melts – toxic and radioactive waste left behind at a Cold War-era hidden military base in Greenland could be released as early as 2090. The journal Geophysical Research Letters published the study on August 4, 2016.

Greenland’s Camp Century was part of a top-secret project called Iceworm. The original plan was to build a network of mobile nuclear missile launch sites under the Greenland ice sheet. The U.S. Army built Camp Century within the Greenland ice sheet in 1959. It consists of a couple of dozen of underground tunnels, made of ice and hardened snow and steel, once capable of accommodating 200 people. A portable nuclear reactor supplied the power.

In its day, the camp was considered extremely technologically advanced. But, as it tends to do, nature proved stronger. Unsteady ice conditions within the ice sheet caused the project to be canceled in 1966. When the camp was decommissioned in 1967, its infrastructure and waste were abandoned under the assumption they would be entombed forever in Greenland’s ice.

That assumption, too, was wrong. 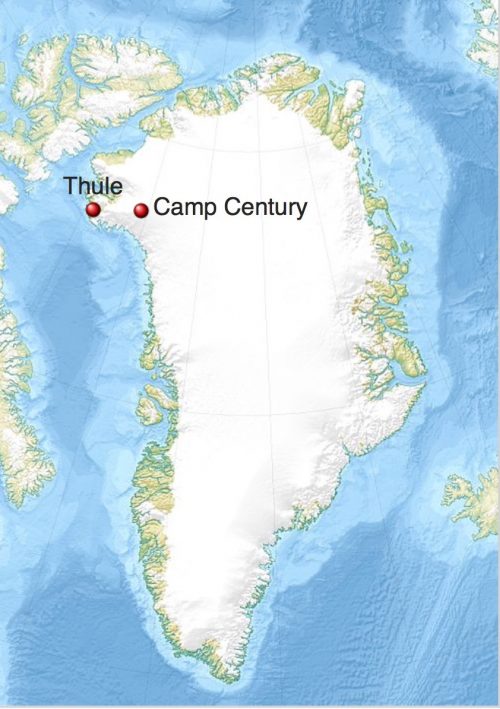 Now Earth is warming at a faster rate than it has for at least many thousands of years. The Arctic is warming faster than any other part of Earth.

The new study shows that the portion of the ice sheet covering Camp Century will likely start to melt by the end of this century. Camp Century is is covered with 115 feet (35 meters) of snow and ice now, but, as the ice melts, any remaining biological, chemical and radioactive waste will be exposed to the surface. This waste could re-enter the environment and potentially disrupt nearby ecosystems.

The Cooperative Institute for Research in Environmental Science (CIRES) at University of Colorado, Boulder and the American Geophysical Union jointly released a statement this week about the soon-to-be-uncovered waste at Camp Century.

The statement said that determining who is responsible for cleaning up the waste could also lead to political disputes not considered before. William Colgan, a climate and glacier scientist at York University in Toronto, Canada, and lead author of the new study, commented:

Two generations ago, people were interring waste in different areas of the world, and now climate change is modifying those sites. It’s a new breed of political challenge we have to think about. 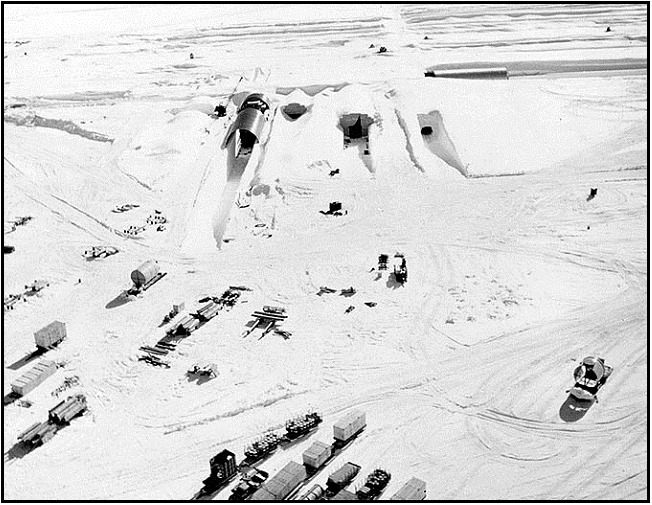 The northeast portal to Camp Century during construction in 1959. Image via US Army/ University of Colorado, Boulder.

James White, a climate scientist at the University of Colorado in Boulder, who was not connected to the study, added that it’s unrealistic to think that buried toxic waste will always stay buried: 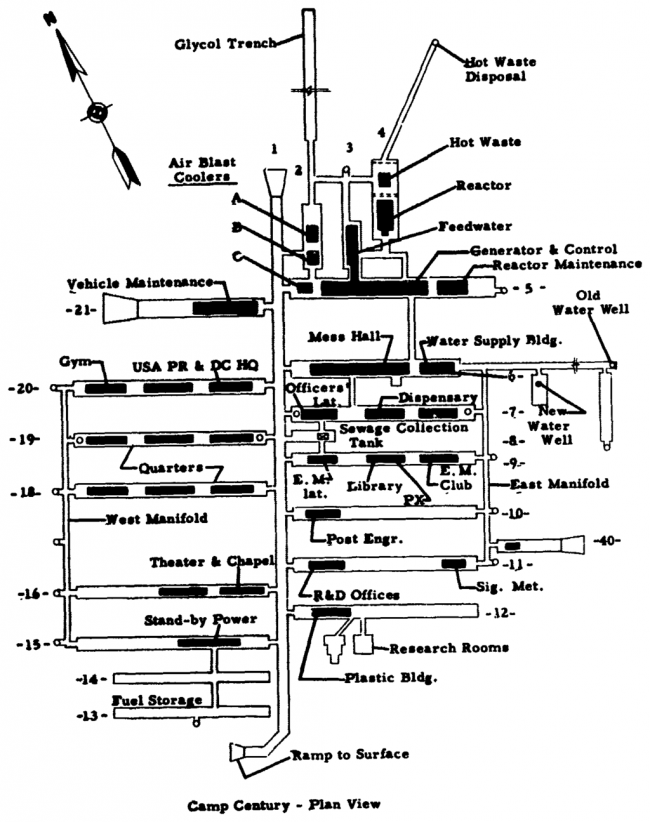 From an unclassified report on Camp Century (“Evolution of Concept and History of Design Construction and Performance, Technical”)

Bottom line: Cold War-era Camp Century in Greenland is currently buried beneath many meters of ice and snow. But the ice is melting. A new study shows that Camp Century could be exposed to the surface as early as 2090, releasing any remaining biological, chemical and nuclear waste to the environment.