After 5 years of exceptional drought, California deserts have exploded with “superblooms” of wildflowers following the wet winter.

After five years of exceptional drought, desert landscapes across southern California exploded with “superblooms” of wildflowers this March. The spectacular display follows a wet winter. According to local news reports, it’s the most spectacular display some locations have seen in more than two decades.

The seeds of desert wildflowers, wrapped in thick, waxy coats, can lie dormant on the barren ground for years. But when they get washed and softened by unusually heavy or frequent fall/winter rains, the seeds finally crack open and push their roots into the rocky soil. If the spring brings enough sunshine, warmth, and only gentle winds, the plants take advantage of the narrow window of favorable conditions to complete their life cycle. 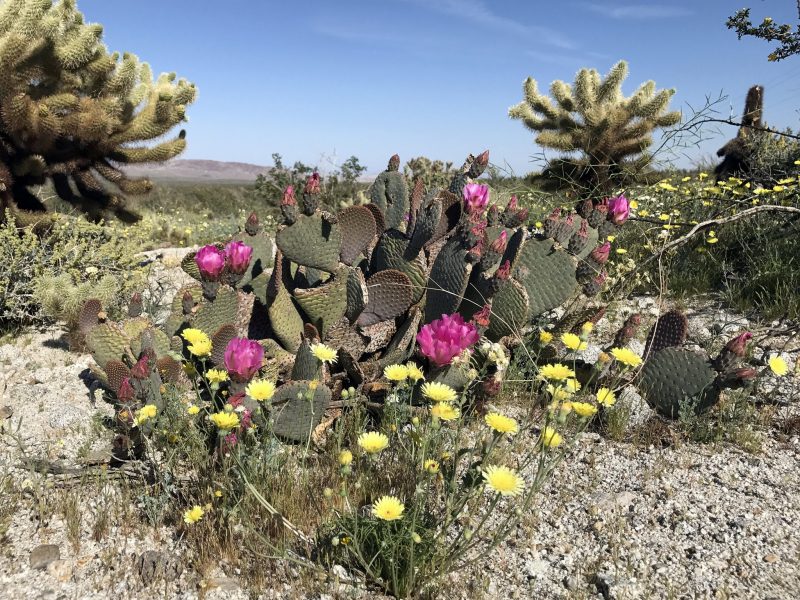 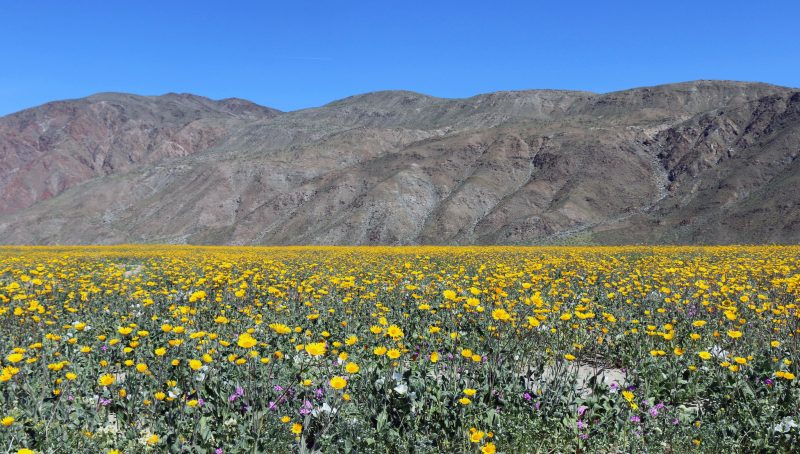 A sea of desert sunflowers. March 16, 2017. Photo via Joanna Gilkeson/USFWS.

At least some desert wildflowers bloom in most years, but in “superbloom” years, they put on a spectacular show—a carpet of greenery and thousands of blooms stretching across acres and acres of the landscape. Visitors flock to desert parks to witness the phenomenon.

Writer and avid amateur photographer Ray Boren was on location in Anza-Borrego Desert State Park, in southeastern California, to witness peak bloom, but not without a little trial and error in timing. He shared some photographs and a brief description of his journey with NASA’s Earth Observatory. He said:

I first visited Anza-Borrego last year, in early May—a little late, I discovered, to catch the blossoms at their peak (though there were a few even then). It was already hitting 100 degrees there … So, when I heard that this year’s “superbloom” in California’s largest state park was even better—enhanced by drought-busting winter and spring moisture—I had to dash the 800 or so miles from my Utah home to see what I could see.

The photographs (below) are from a drive through Anza-Borrego on a beautiful, even “cool” Monday, March 27, 2017. 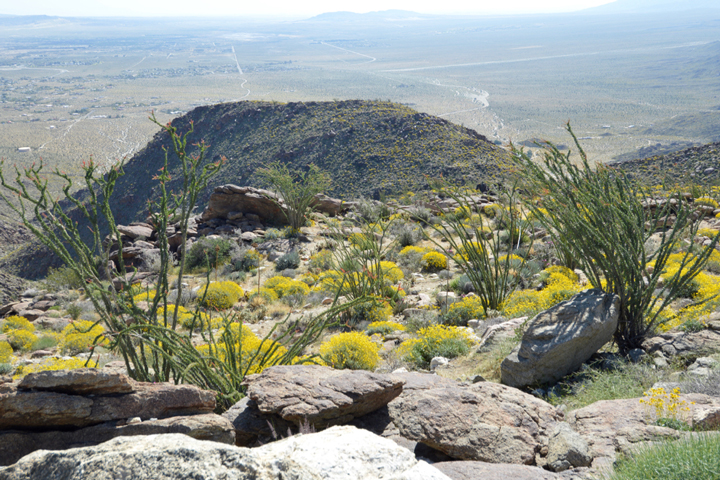 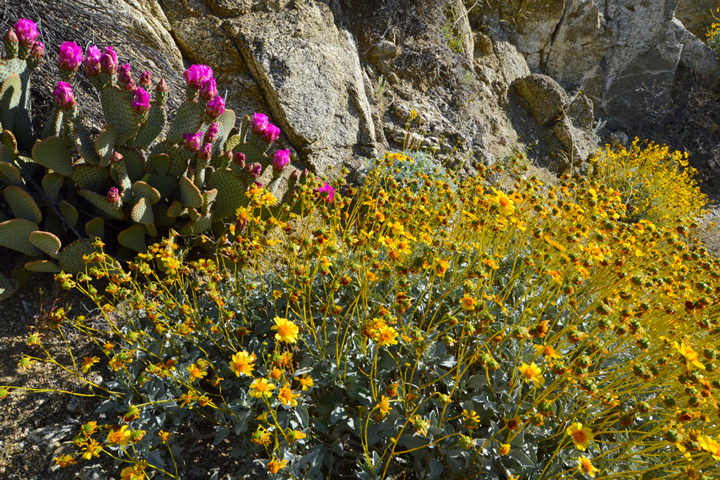 The 6.11 inches (15.5 cm) of precipitation that fell across California’s Southeast Desert Basins during 2016-17 winter was more than 200% of the division’s normal 2.97 inches (7.54 cm). In addition, the Anza-Borrego desert basin got a “bonus” soaking rain event in early fall: a station in the park recorded just over 0.5 inches (1.27 cm) of rain on September 20. According to a statement from climate.gov:

The rainfall may not have been record-breaking, but the patient seeds of the desert basins’ wildflowers had been waiting for that moisture for an unusually long time. As the warm, sunny days of March unfolded, the well-watered desert exploded in spectacular bloom. 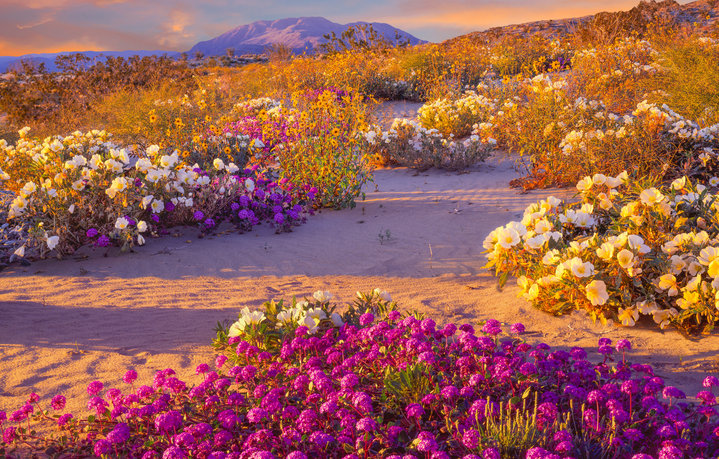 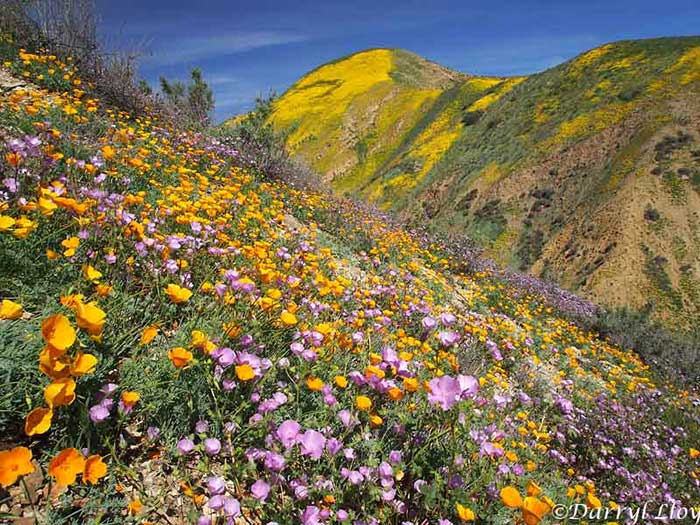 Bottom line: The deserts of southern California experienced a superbloom of wildflowers in the spring of 2017.