Why fireflies light up

A firefly’s familiar glow is caused by a chemical reaction. Explanation here, plus many wonderful firefly photos. 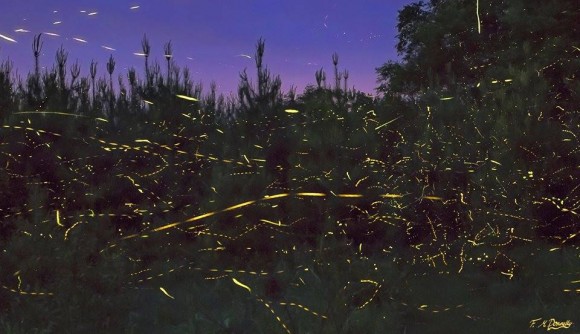 Fireflies are sometimes called lightning bugs. Many a child has spent a summer evening chasing them. And maybe you’ve wondered how and why these insects are able to light up? The answer is that the light of a firefly is a chemical reaction caused by an organic compound in their abdomens. 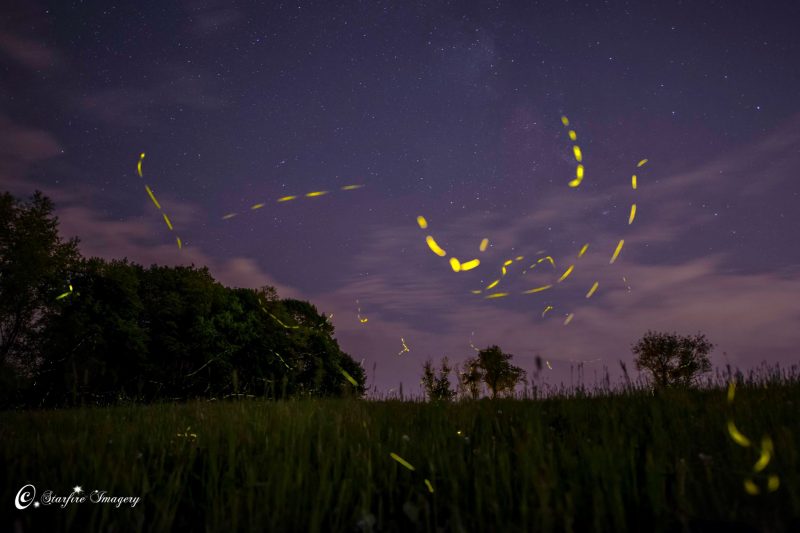 The compound is called luciferin. As air rushes into a firefly’s abdomen, it reacts with the luciferin, and a chemical reaction gives off the firefly’s familiar glow. This light is sometimes called “cold light” because it generates so little heat. The firefly can regulate the airflow into the abdomen to create a pulsating pattern.

Did you ever do this? Image via Flickr user jamelah e.

Some experts think the firefly’s flashy style may warn predators of the insect’s bitter taste. On the other hand, some frogs don’t seem to mind. They eat so many fireflies that they themselves begin to glow. Male fireflies also light up to signal their desire for mates, and willing females attract the males with flashes of their own.

“Fireflies on top of the wave of grass and overflowing. Biggest firefly show in years.” Image via Eileen Claffey in West Brookfield, Massachusetts, June 2015.

But not all the flashing of fireflies is motivated by romance. While each firefly species has its own pattern of flashing, some females imitate the patterns of other species. Males land next to them, only to be eaten alive.

So the next time you see a firefly, keep in mind that its flickering isn’t just a wonder of the night. It’s also a unique love language … that can be deadly. 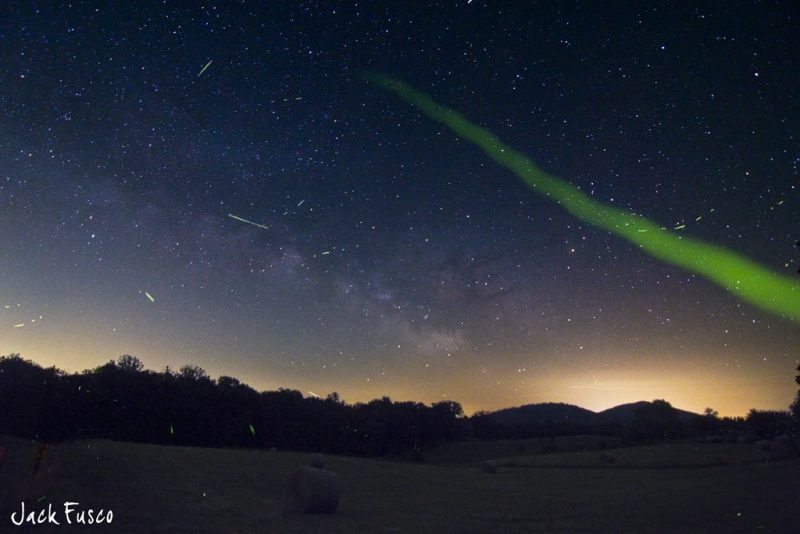 You can see what looks like trails made by fireflies, via long-exposure photography from Jack Fusco Photography. There’s also a single meteor in the upper left of this photo. See it? It’s straighter than the firefly trails. 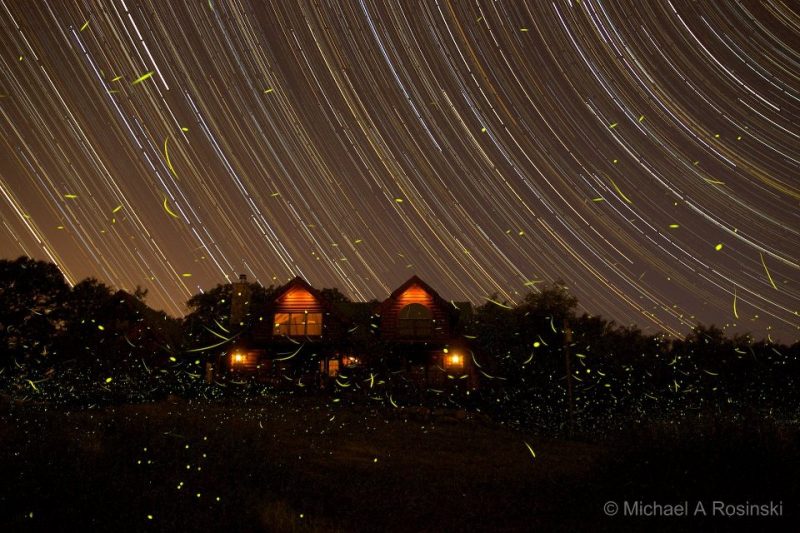 Fireflies and star trails from Michael A Rosinski.

Bottom line: Fireflies – aka lightning bugs – light up because of a chemical reaction between an organic compound in the fireflies’ abdomens – called luciferin – and the air.