What was that bright flash over Russia?

A flash seen over a wide swath of Russia on January 7 at first caused fears of a U.S. air strike on North Korea. For now, the flash is unexplained. 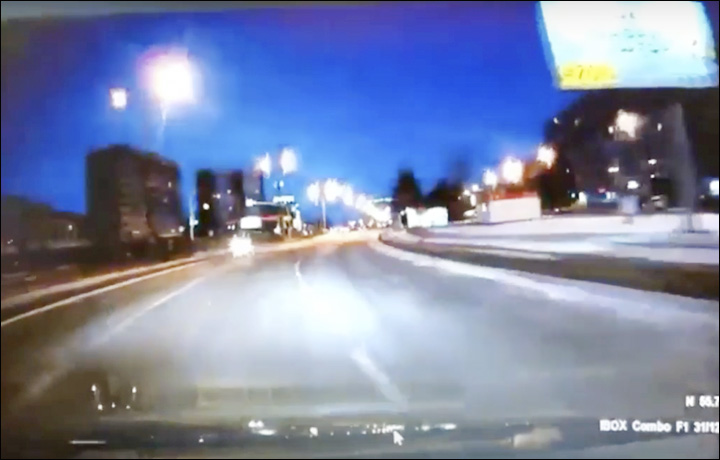 Bright flash in the night sky over the Tatarstan region of Russia on January 7, 2018, via Siberian Times.

Siberian Times and other media reported this week (January 9, 2018) on an exceedingly bright flash that “turned night to day” over a wide swath of Russia on Sunday, January 7. Some media reported that the flash caused speculation about a U.S. air strike over North Korea. A next logical assumption might be a meteor, but – as of this writing – there are no reports about the event in the meteor logs for both the International Meteor Organization and the American Meteor Society, suggesting no bright streak of a meteor was seen.

The black sky suddenly turned momentarily deep blue as if on a bright day – but according to some accounts, the Earth moved too.

Experts insist the phenomenon was not manmade: there were no reports of missile tests or explosions.

Nor were there reports of meteorites striking the Earth.

Witnesses had the feeling something massive had happened – but what?

Looking back, I noticed a story about a similar bright flash over Russia in 2014. In that story, an IFLScience report concluded:

It’s definitely possible that the light wasn’t originating in the sky; it came from the ground and was being reflected off of the clouds.

Other explanations include “dry thunderstorms” to “atmospheric electricity.” 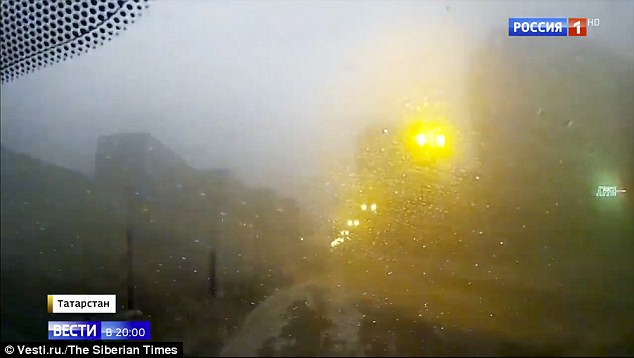 The sky over Tatarstan during the mysterious explosion of light, via Siberian Times.

Bottom line: A flash seen over a wide swath of Russia on January 7, 2018 is so far unexplained.