A bloated carcass of a blue whale that washed ashore near the town’s boardwalk could explode at any time, residents fear. 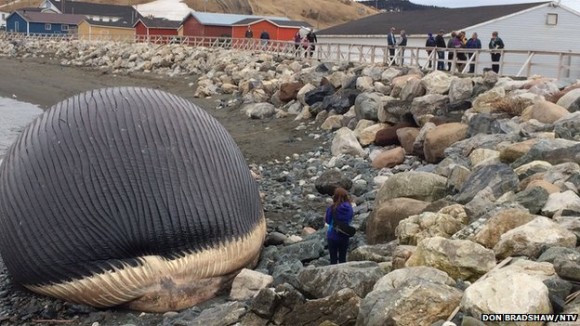 The residents of Trout River, Newfoundland fear a rotting blue whale carcass that washed up near its boardwalk last week could explode at any time, according to BBC reports.

The 25m (81ft) whale on Trout River’s rocky beach is believed to be one of a group of blue whales that died in heavy ice off Newfoundland’s west coast weeks ago.

According to Town Clerk Emily Butler, the whale’s body is bloated with methane gas caused by decomposition, and is already emitting a foul odor. She said:

The whale is blowing up. It looks as if it’s a big balloon, from a distance

Authorities are trying to work out how to remove the carcass. Local and federal authorities disagree which are responsible for its disposal.

Ms. Butler told broadcaster NTV that if the town were to push the whale out to sea, it could pose a hazard to passing ships. 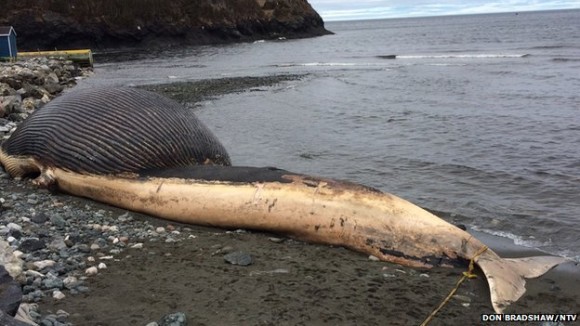 Bottom line: A Newfoundland town fears that the bloated carcass of a dead whale that has washed ashore will explode.