Night launch on September 6 of NASA’s new LADEE spacecraft to the moon resulted in many fine photos posted to EarthSky’s Facebook page. Thanks to all!

A night launch of NASA’s newest spacecraft to the moon – the LADEE spacecraft – on the U.S. East Coast last night prompted many fine photos to be posted on EarthSky’s Facebook page. The launch took place at 11:27 p.m. EDT Friday, September 6, 2013 from NASA’s Wallops Flight Facility in Virginia. The LADEE spacecraft will study the moon’s atmosphere and dust. It was launched into space by an unmanned Minotaur rocket.

NASA had announced prior to the launch it would be visible, weather permitting, as far south as South Carolina, as far north as Maine and as far west as Pittsburgh.

As of 11 UTC today (6 a.m. CDT September 7), NASA has confirmed that LADEE has separated from the Minotaur rocket, and is powered up and communicating with ground controllers. LADEE is on its way to arrive at the moon in 30 days, then enter lunar orbit. Get updates on LADEE’s progress here.

LADEE is pronounced LA dee, which stands for Lunar Atmosphere and Dust Environment Explorer. It’ll take a roundabout journey to the moon, making three huge laps around Earth before getting close enough to pop into lunar orbit. Read more about the LADEE mission here.

We received so many beautiful photos of the launch. They were still coming in midday on Saturday. Wish we could post them all! To view them, go to Recent Posts by Others on EarthSky Facebook. 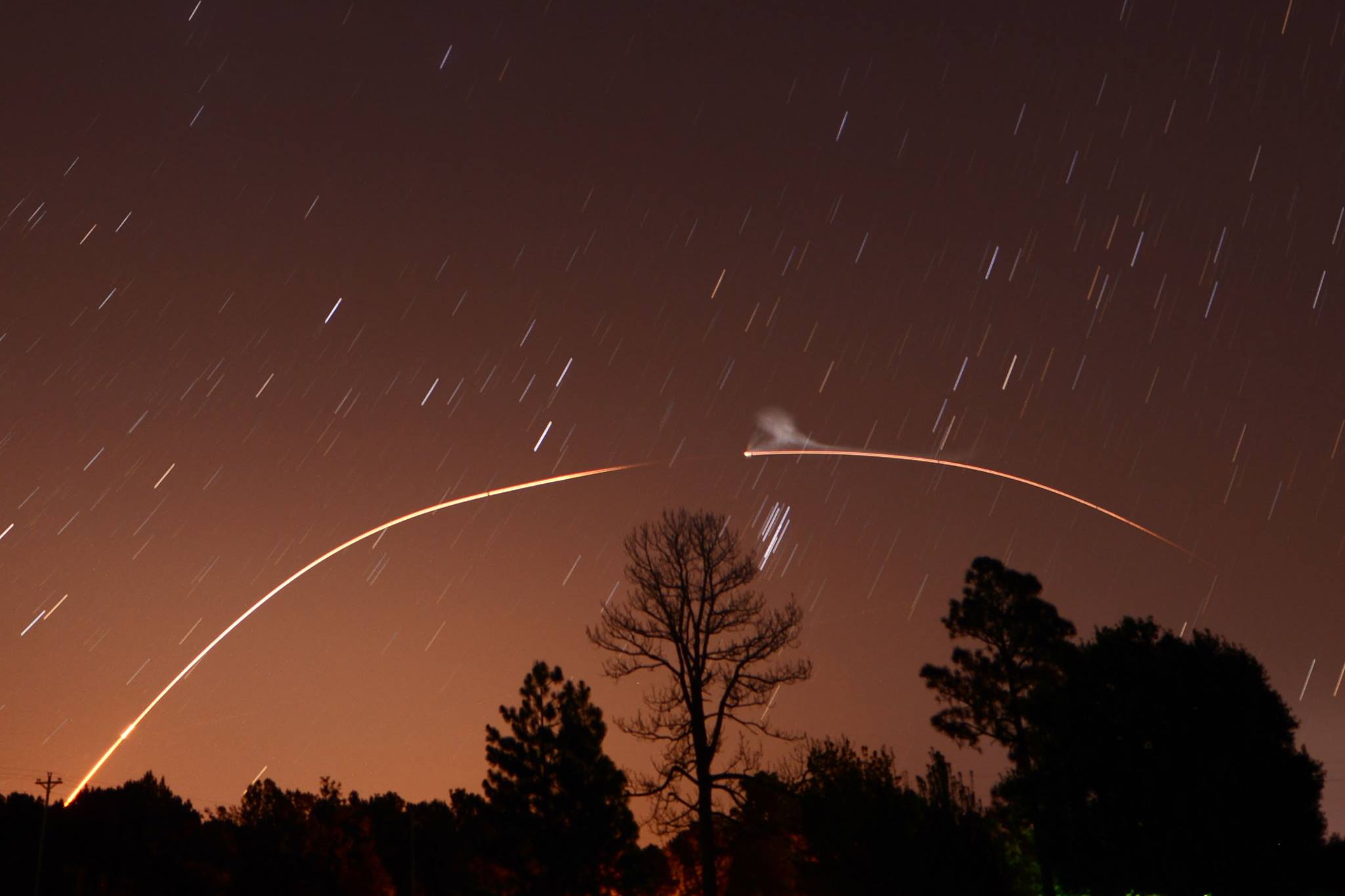 LADEE launch to the moon as seen over northeastern North Carolina by EarthSky Facebook friend Ken Christison. Ken said this image is a cropped section of a short stack of images. Thanks, Ken! 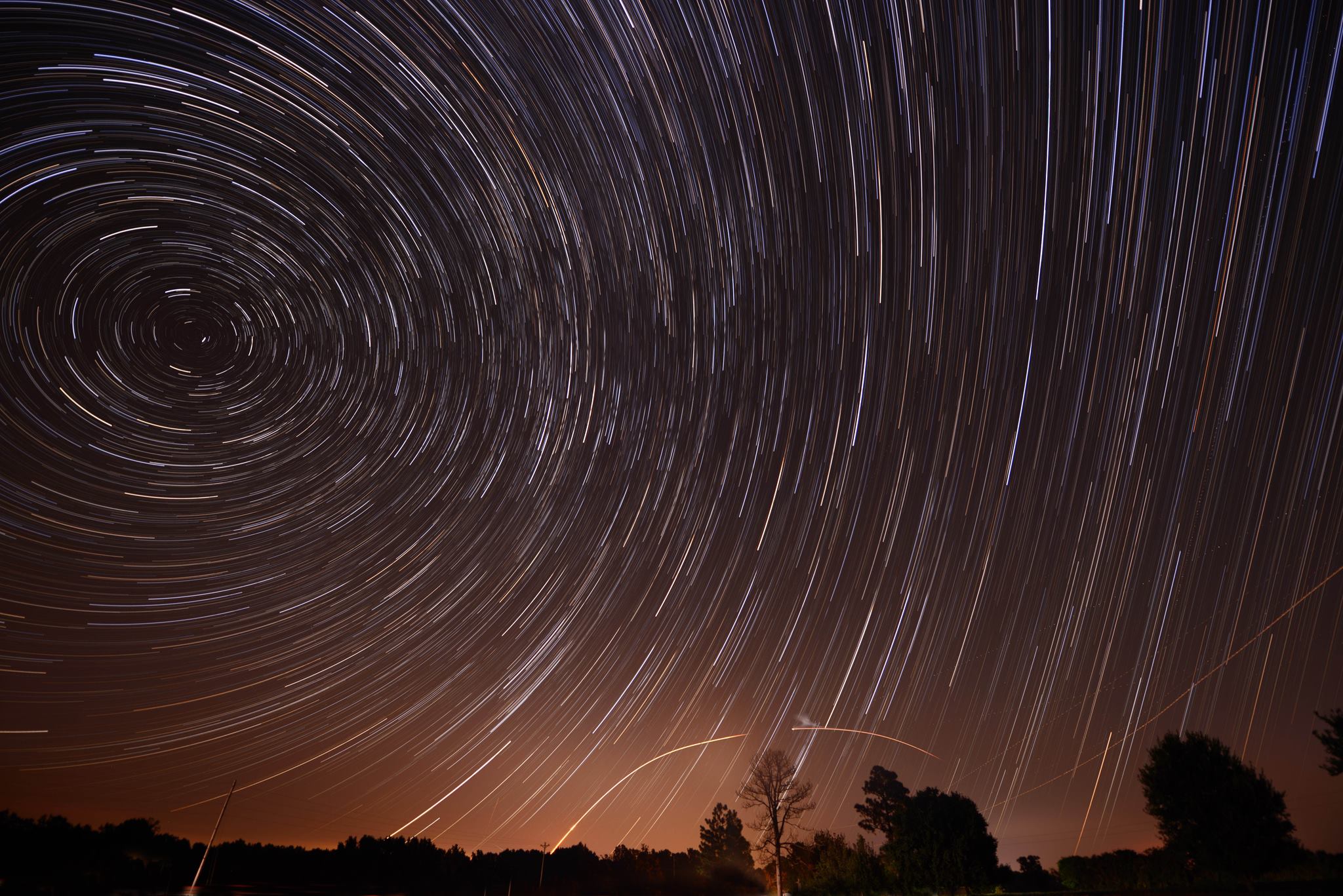 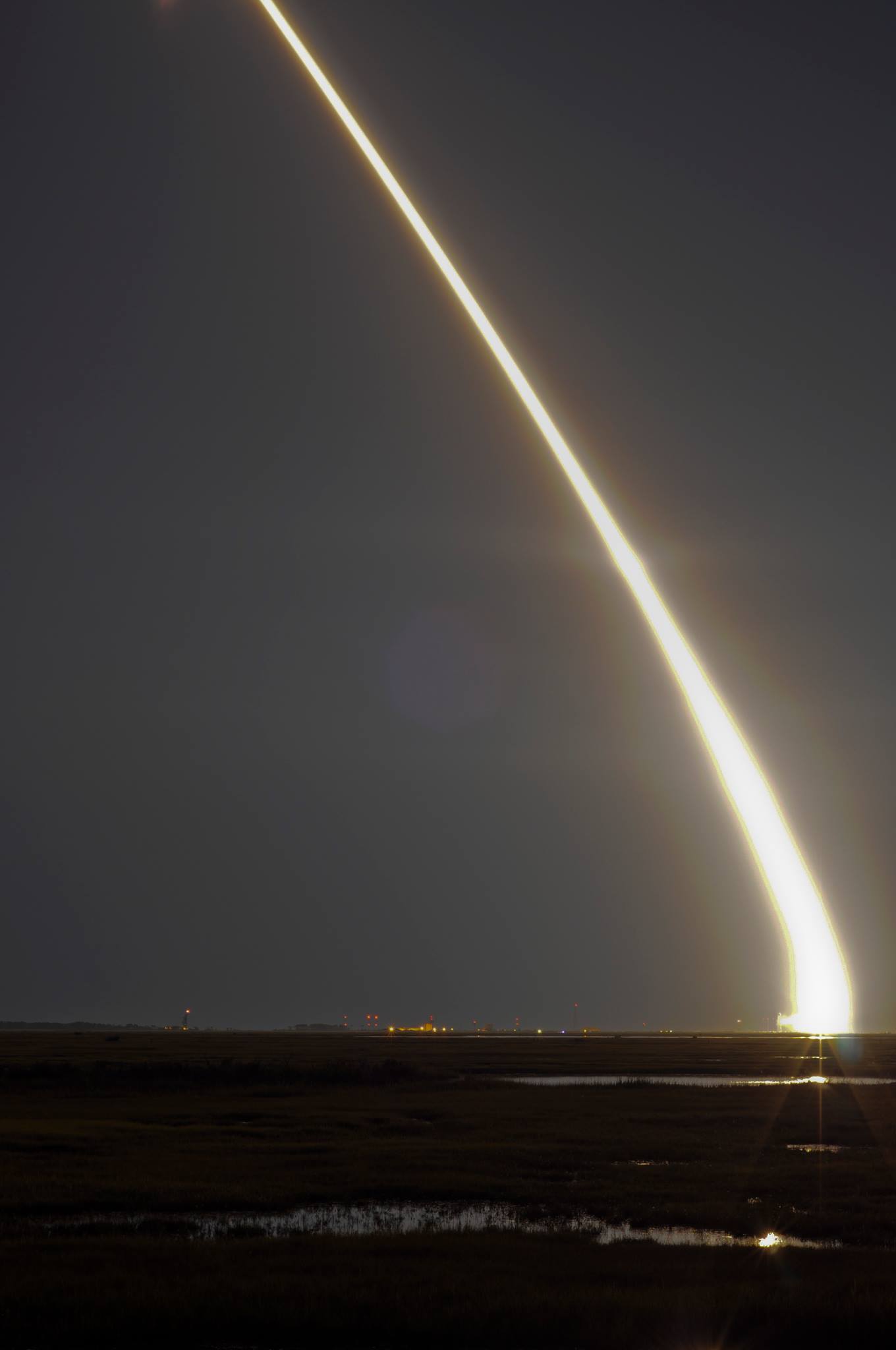 View larger. | LADEE launch on September 7, 2013 as captured by our friend Aaron Oberlander. He said he took this photo from a bridge near Wallops Island, Virginia. Thank you, Aaron! 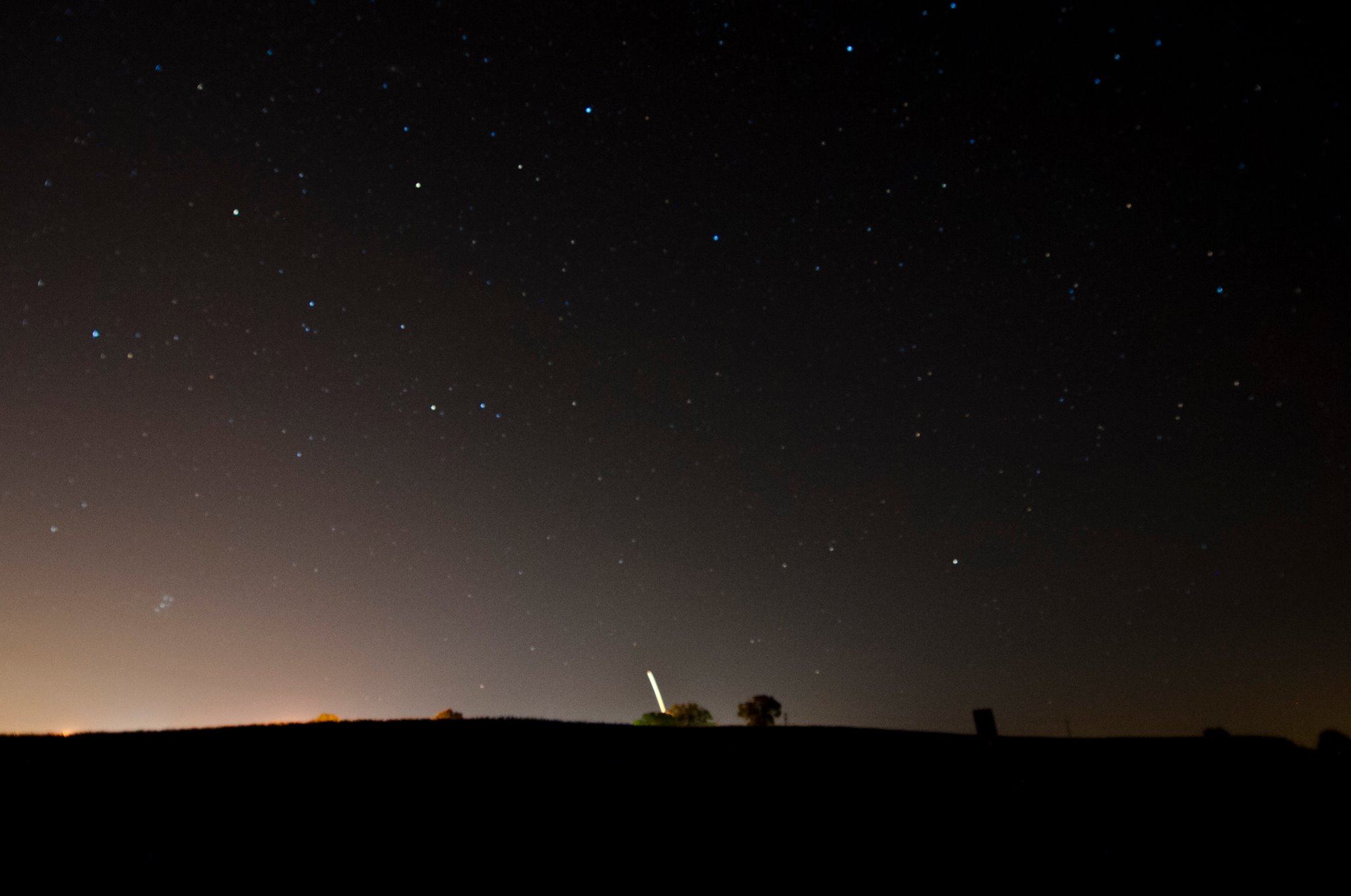 LADEE launch under a starry sky as seen by our friend Janet Furlong in Culpeper, Virginia. Thank you, Janet! 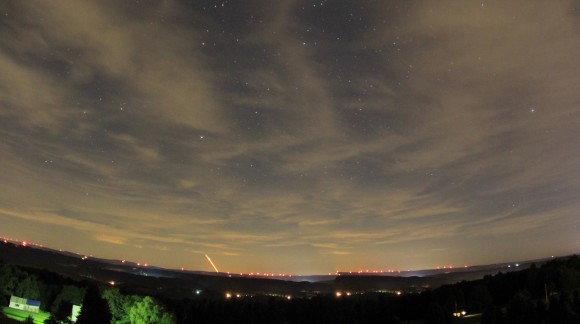 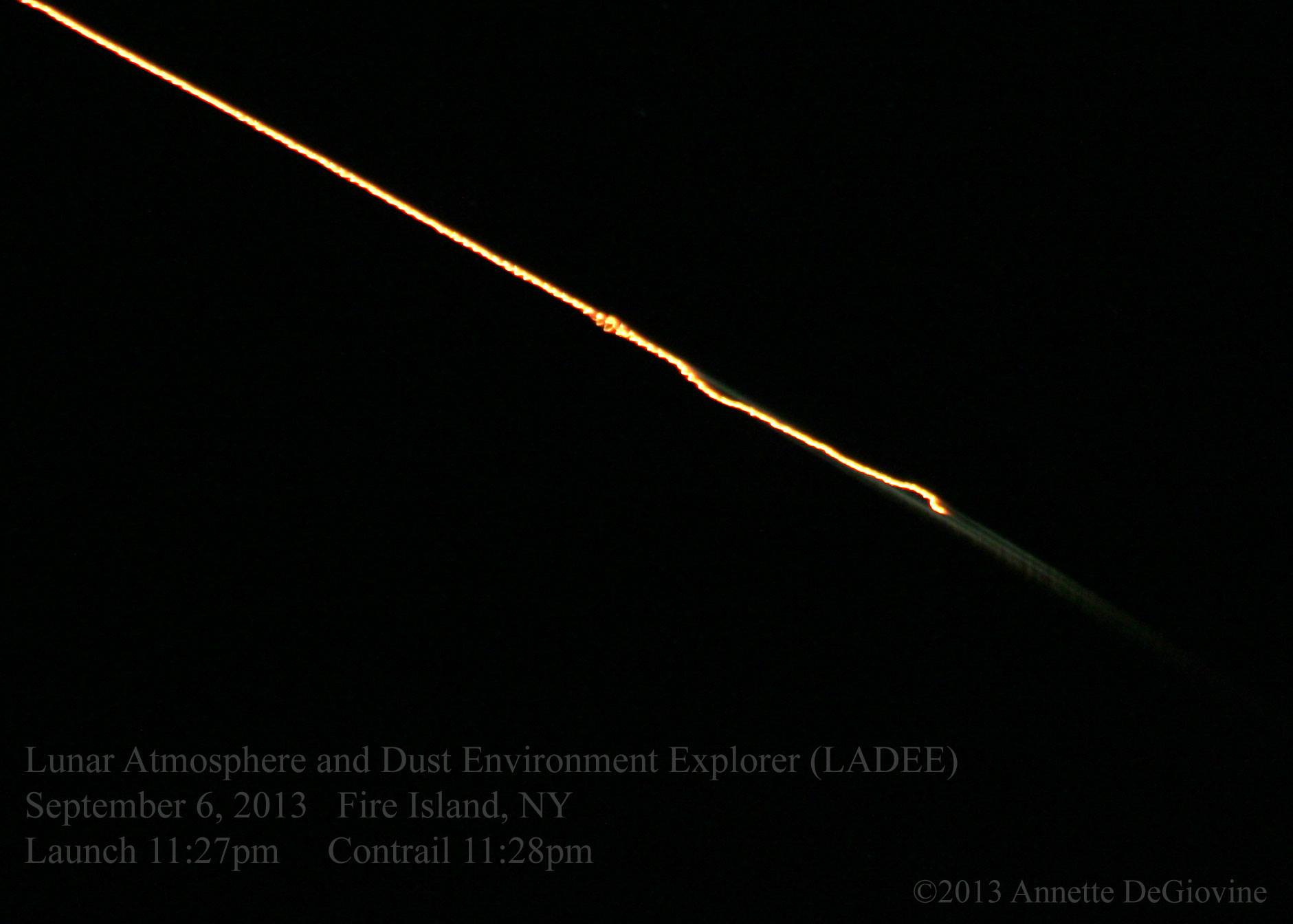 LADEE captured one minute after lift off, as seen from Long Island by Annette DeGiovine. Thank you, Annette! 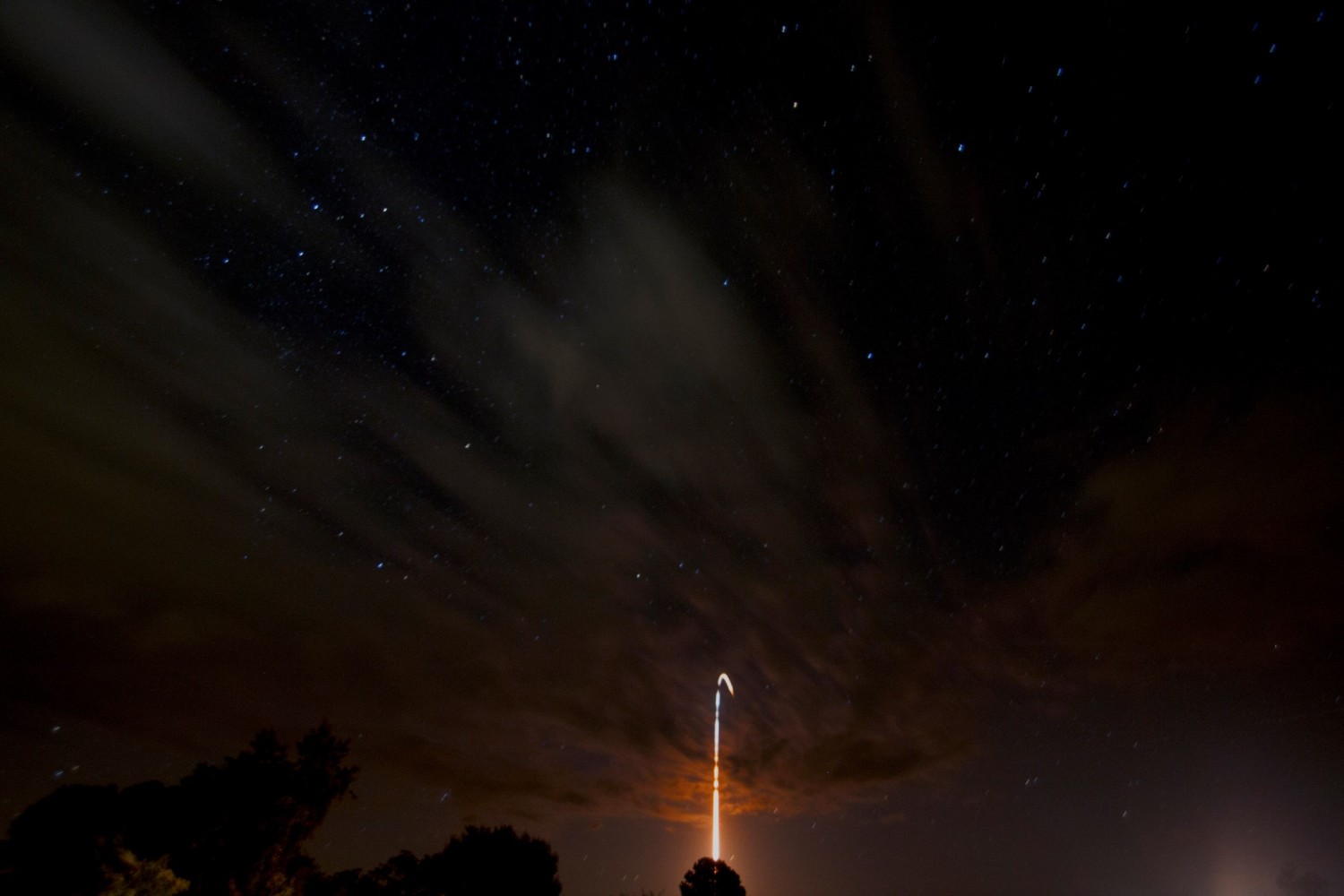 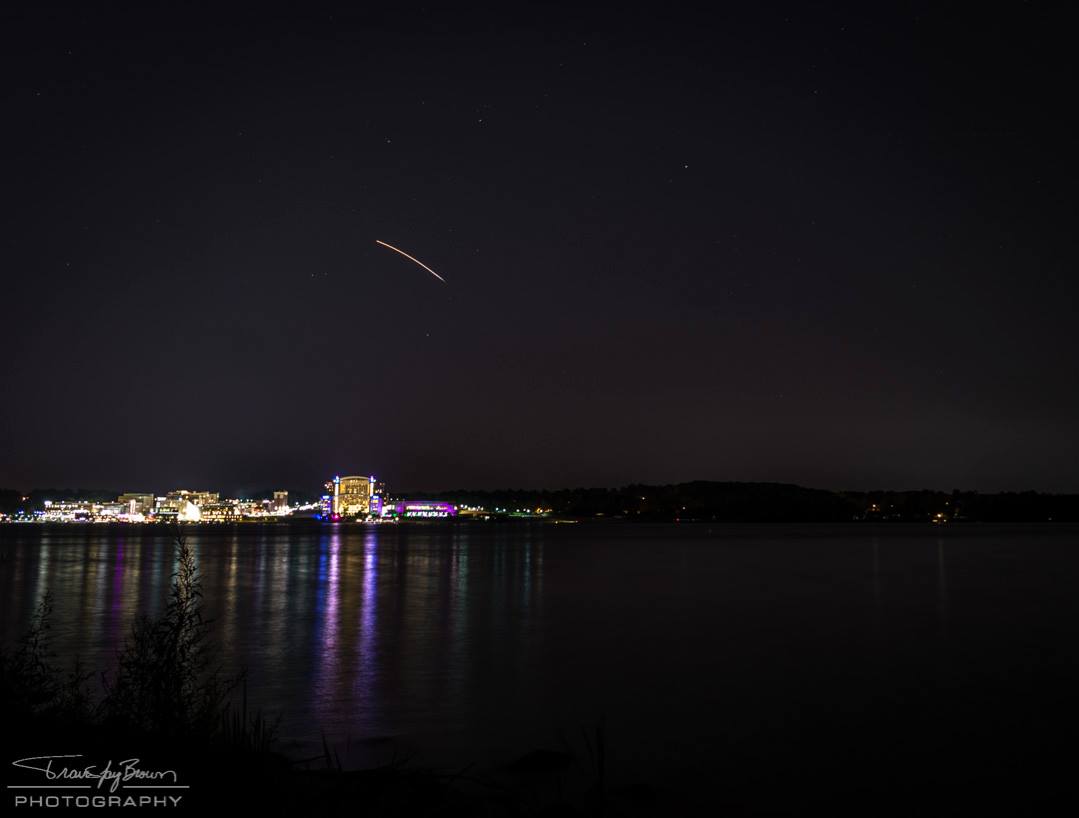 LADEE launch as seen over the National Harbor in Maryland by our friend Travis Jay Brown. Thanks, Travis! 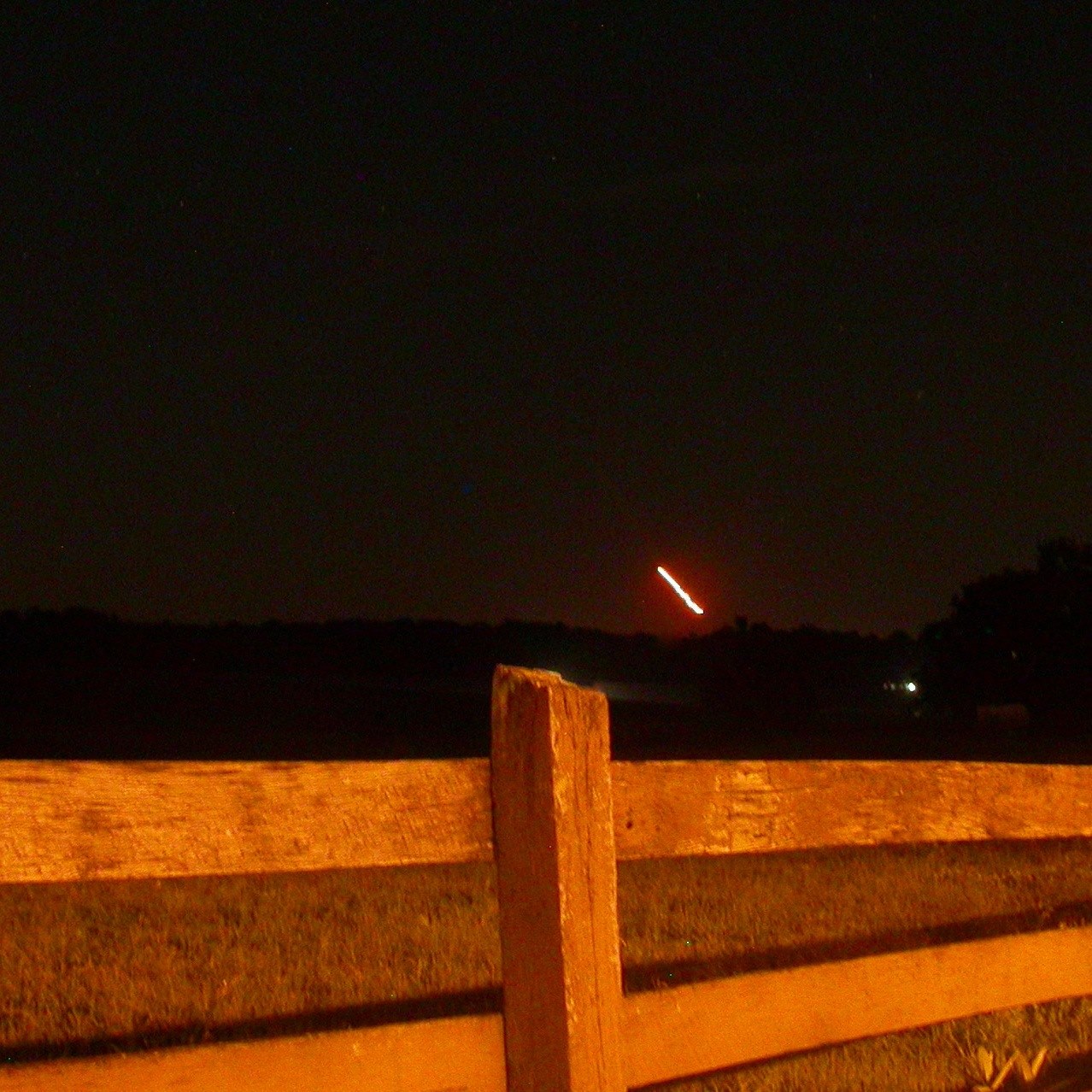 LADEE launch on September 7, 2013 as seen from Lancaster County, Pennsylvania by our friend Beth Katz. Thanks, Beth! 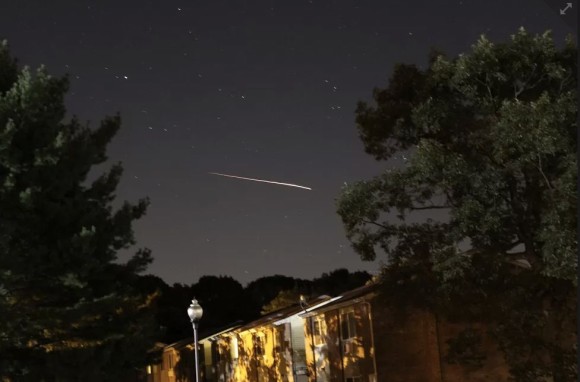 Bottom line: The night launch on September 6, 2013 of NASA’s new LADEE spacecraft to the moon resulted in many fine photos posted to EarthSky’s Facebook page. Thanks to all who posted! Wish we could have posted them all. To view them, go to Recent Posts by Others on EarthSky Facebook.