Bacteria from Sahara on Swiss glaciers

Bacteria living among dust particles from the African Sahara Desert have been found trapped in ice and snow high on the Swiss Alps. 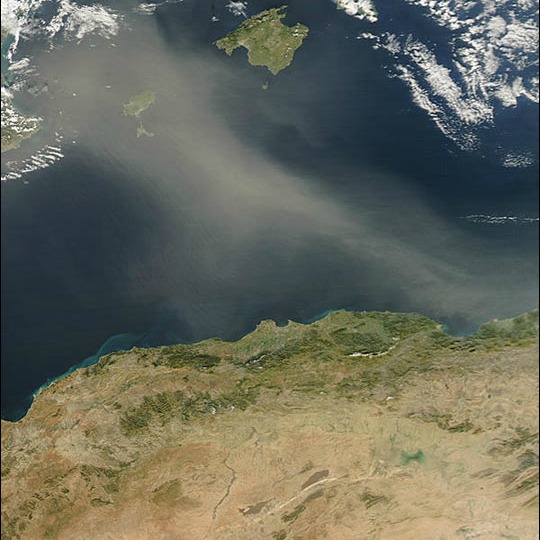 This article is republished with permission from GlacierHub. This post was written by Nellie Van Driska.

Bacteria living among dust particles from the Sahara have been found trapped in ice and snow on the Swiss Alps at an altitude of over 11,000 feet, according to a December 2105 article in Frontiers in Microbiology. The samplings collected from the Jungfraujoch region of Switzerland contained bacteria originally from northwest Africa, meaning these bacteria survived a remarkable wind-blown journey of over 1000 miles. These bacteria are particularly adapted to cope with UV radiation and dehydration stress, say authors Marco Meola, Anna Lazzaro, and Josef Zeyer.

In February 2014 there was a strong Saharan dust event. According to the NASA Earth Observatory, dust events occur when powerful African winds uplift sand and dust into the atmosphere. Reaching high altitudes, clouds of dust are then transported across the globe through high altitude wind patterns. Initial uplift events are difficult to predict. In the past researchers collected dust samples via air capture, snatching the particulates, also called bioaerosols, straight out of the air before they landed. But it is difficult to grab enough dust using this method to have a sample size large enough for microbiological analyses, and the act of gathering particulates from the air often damages the samples that are captured. By collecting samples from snowpack in the European Alps, the researchers were able to obtain a pure sample without damaging the integrity and the potential viability of the particulates. 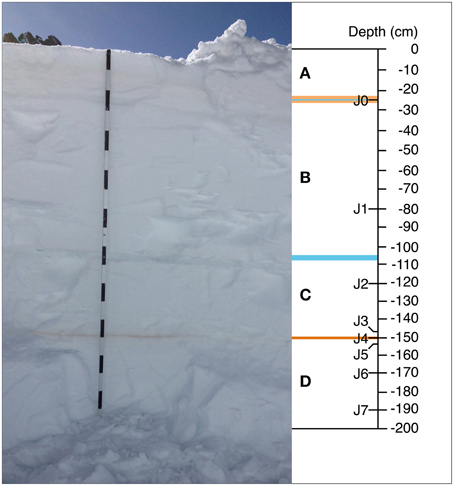 Bioaerosols are airborne particles that contain biological matter, according to the Centers for Disease Control and Prevention. This includes fungi, bacteria, and even viruses. Charles Darwin first discovered bioaerosols on his famous journey across the Atlantic with the crew of the Beagle. He describes them in his 1846 An account of the fine dust which often falls on vessels in the Atlantic Ocean as “67 different organic forms in fine dust particles.”

Saharan dust events that travel toward Europe are rare. Because these events are monitored in real-time at the Jungfraujoch meteorological station, researchers are able to connect samples to specific dust events. For their research, Meola, Lazzaro, and Zeyer used samples taken from a depth of 220 cm from an excavated vertical trench in June 2014.

The particulates collected and attributed to the February 2014 Saharan dust event were tracked back to Algeria. Surrounding countries like Niger, Mali, and Morocco may have also contributed dust particles. Until they landed on the snow in Jungfraujoch, the bioaerosols stayed high in the upper atmosphere, where they were free from any risk of contamination. Three days after landing, the Sahara Dust particles were covered with fresh snow, preserving them by keeping them cold, insulated, and safe from UV radiation.

Meola, Lazzaro, and Zeyer were surprised that one phylum of bacteria, Proteobacteria, was the most common in both the clean-snow control sample and in the Sahara dust sample. What they did discover in the Sahara dust snow samples was an abundance of pigment-producing bacteria from Africa, absent from the clean-snow samples, including the pigment-producing Gemmatimonadetes. These are bacteria that have adapted to cope with high amounts UV radiation, very low temperatures, stress from dehydration, and nutrient deficient conditions. These unique adaptations allow them to survive the long journey from Africa to Europe.

It is remarkable that these tiny organisms, adapted to the desert conditions in the Sahara, can survive high in the atmosphere and as well as under the snow.