Baby pterodactyls could fly from birth

A new study suggests the prehistoric reptiles could fly right after hatching. It’s an ability no other flying animal living today, or in the history of life as we know it, has been able to replicate. 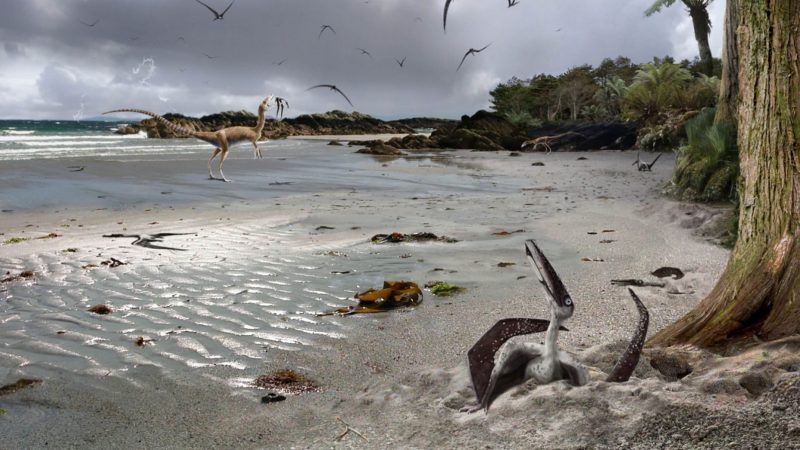 In this illustration of a pterodactyl nesting ground 124 million years ago, a hatchling (flapling) pterodactyl emerges from the sand and gazes at the sky for the first time. Other hatchlings lie exhausted from their struggles or crawl to safety on trees. The less lucky are caught and eaten. From the safety of the trees, flaplings make their maiden flights. Image via James Brown.

New research has found that pterodactyls, extinct flying reptiles that lived during the time of the dinosaurs, could fly from birth. It’s an ability that no other flying animal living today, or in the history of life as we know it, has been able to replicate.

Previously, pterodactyls were thought to only be able to fly once they had grown to almost full size, like birds or bats, which have to learn how to use their wings.

University of Leicester paleobiologist David Unwin is the lead author of the study, published in the peer-reviewed journal Proceedings of the Royal Society on June 12, 2019. He said in a statement:

Theoretically what pterosaurs did, growing and flying, is impossible, but they didn’t know this, so they did it anyway.

Another fundamental difference between baby pterodactyls – known as flaplings – and baby birds or bats, is that they had no parental care and had to feed and look after themselves from birth. The researchers suggest that the flaplings’ ability to fly gave them a lifesaving survival mechanism which they used to evade carnivorous dinosaurs. On the other hand, the researchers said, this same ability also proved to be one of their biggest killers, as the demanding and dangerous process of flight led to many of them dying at a very early age.

Previous studies were based on fossilized embryos of the creatures that had poorly developed wings. For the new study, the researchers compared these embryos with data on prenatal growth in birds and crocodiles, which suggested that they were still at an early stage of development and a long way from hatching. The discovery of more advanced pterodactyl embryos in China and Argentina that died just before they hatched provided the evidence that pterodactyls had the ability to fly from birth. 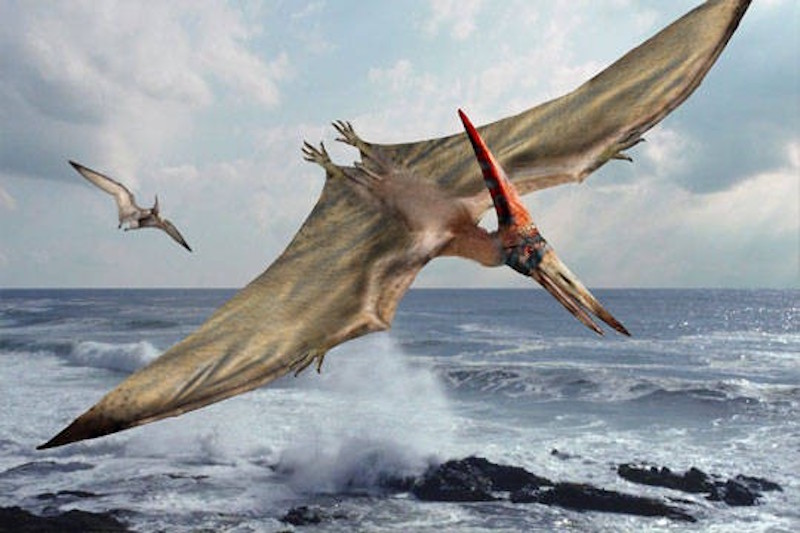 Illustration of a pterodactyl, via The Dinosaur Database.

Source: Prenatal development in pterosaurs and its implications for their postnatal locomotory ability