Observers in the northern half of the United States and Canada captured it in photos.

EarthSky Facebook friend Kevin Palmer Photography captured this beautiful photo of the northern lights, or aurora borealis, early in the morning of February 19, 2014. He wrote:

The northern lights were visible all the way in Central Illinois early this morning. It was worth the 4 hour wait before they got this bright at 2:30am. 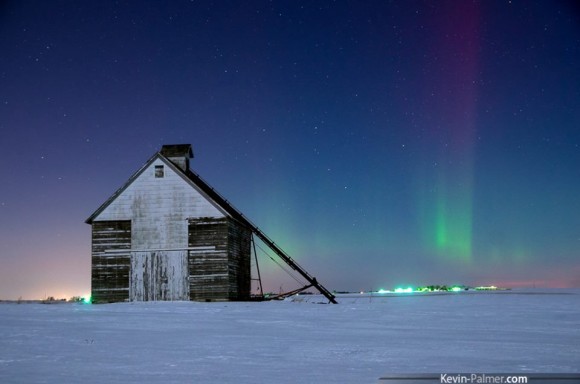 A minor geomagnetic storm is in progress on Feb. 18-19. The cause: Magnetic fields in the interplanetary medium have tipped south, opening a crack in Earth’s defenses against the solar wind. High-latitude sky-watchers should be alert for auroras. 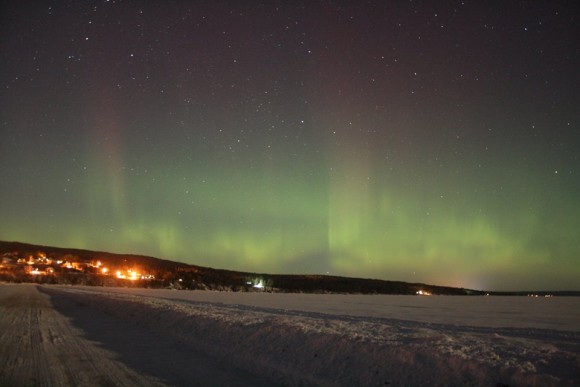 EarthSky Facebook friend Jim Peacock captured the northern lights last night, too, from farther north than the image above. He was in northern Wisconsin. Thank you, Jim! 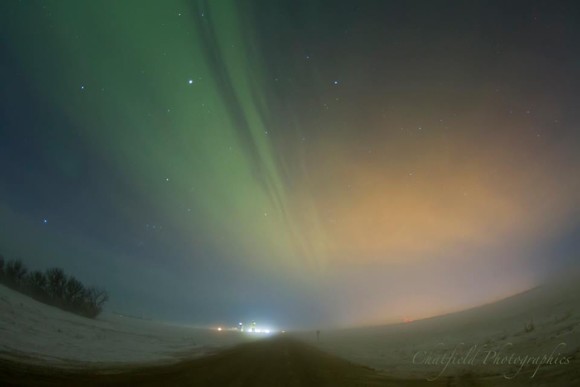 EarthSky Facebook friend Colin Chatfield captured this beautiful shot last night. He wrote, “Auroras under a foggy night just east of Saskatoon, SK, Canada. There was a good amount of fog and it was difficult to see anything for a while. The orange glow on the right is from light pollution over Saskatoon.” See more photos of last night’s aurora at Chatfield Photographics on Facebook.

Bottom line: Photos of the beautiful aurora, or northern lights, seen on the night of February 18-19, 2014, when the lights reached at least as far down as central Illinois.