Welcome to the 2020 Atlantic hurricane season. Although we’ve had two named storms already, the official season starts today – June 1 – and runs until November 30.

The two named storms that formed before hurricane season’s official start are Arthur, which formed May 16 and passed just 25 miles (40 km) south of Cape Hatteras, North Carolina, and Bertha, which formed off the East Coast early this past week, and made landfall on Wednesday (May 27) east of Charleston, South Carolina, with 50 mile-per-hour (80 km-per-hour) winds.

The U.S. National Oceanic and Atmospheric Administration (NOAA) released a statement on May 21, 2020, saying its forecasters are calling for an active 2020 Atlantic hurricane season, perhaps similar to last year’s, with more named storms than in an average season.

Hurricane names for 2020, plus how hurricanes get their names 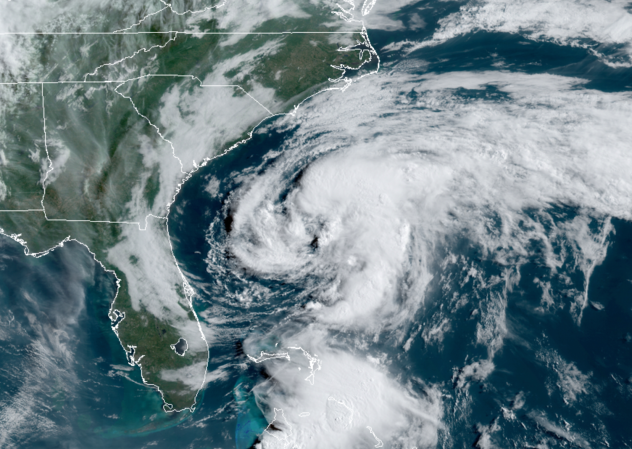 Tropical Storm Arthur swirls off the southeast coast of the U.S. on the morning of Sunday, May 17, 2020. Image via CIRA/ RAMMB/ Accuweather.

… provides these ranges with a 70% confidence.

NOAA’s 2020 Atlantic hurricane outlook comes on the heels of a new study from scientists at the University of Wisconsin suggesting that global warming is making hurricanes stronger. The study was based on analysis of nearly 40 years of satellite imagery of hurricanes. Their results say that – over the past four decades – hurricanes have become more intense and destructive. 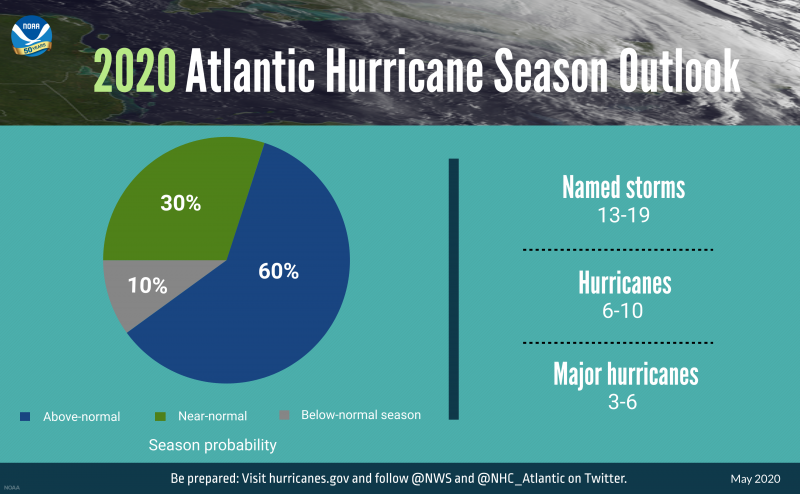 El Nino Southern Oscillation (ENSO) conditions are expected to either remain neutral or to trend toward La Nina, meaning there will not be an El Nino present to suppress hurricane activity. Also, warmer-than-average sea surface temperatures in the tropical Atlantic ocean and Caribbean sea, coupled with reduced vertical wind shear, weaker tropical Atlantic trade winds, and an enhanced west African monsoon all increase the likelihood for an above-normal Atlantic hurricane season.

Similar conditions have been producing more active seasons since the current high-activity era began in 1995. 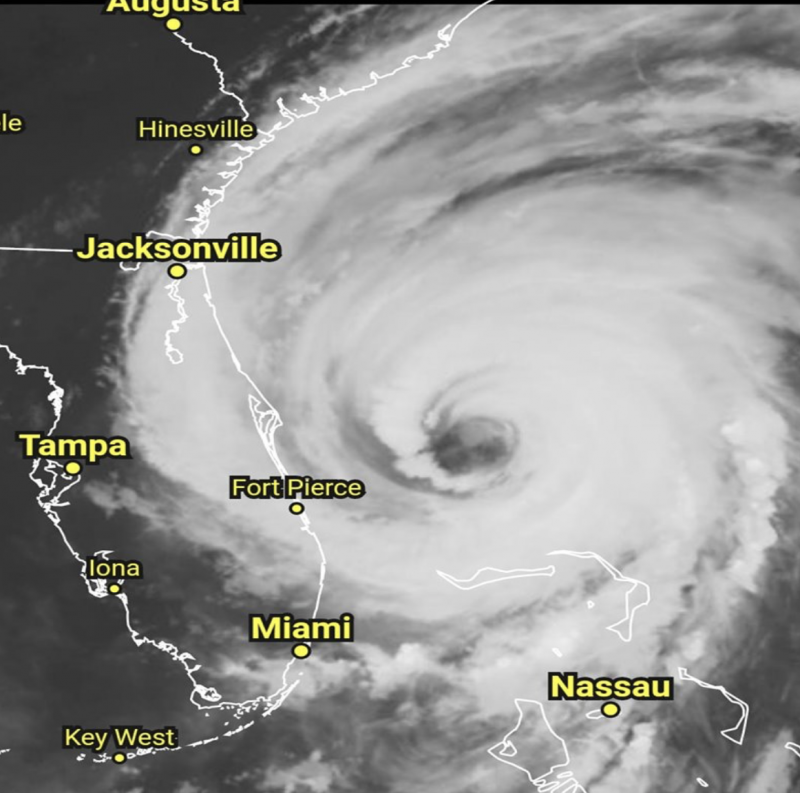 Hurricane Dorian on September 1, 2019. It was the most destructive storm of 2019, a monster hurricane that battered the Bahamas last September. It was the 4th named storm, 2nd hurricane and 1st Category 5 hurricane of the 2019 Atlantic hurricane season. It’s also the 4th-strongest Atlantic hurricane (as measured by 1-minute sustained wind speeds) since reliable record-keeping began in 1851. Image via National Weather Service.

According to Samantha Montano, an emergency-management expert at Massachusetts Maritime Academy, one concern for officials regarding 2020’s Atlantic hurricane season is the effect that the coronavirus will have on the volunteer responders. Many volunteers won’t be able to fly to disaster zones, she said, and those who are able to go will have a harder time interacting with people. Montano told the New York Times:

The flight deck of NOAA Lockheed WP-3D Orion N42RF during a flight into Hurricane Harvey in August 2017. Harvey was a devastating Category 4 hurricane that made landfall in Texas and Louisiana, causing catastrophic flooding and many deaths. It is tied with 2005’s Hurricane Katrina as the costliest tropical cyclone on record. Image via Lt. Kevin Doremus/ NOAA.