Today’s earthquake comes less than two weeks after a 7.9-magnitude quake left more than 8,000 dead and 18,000 injured there. 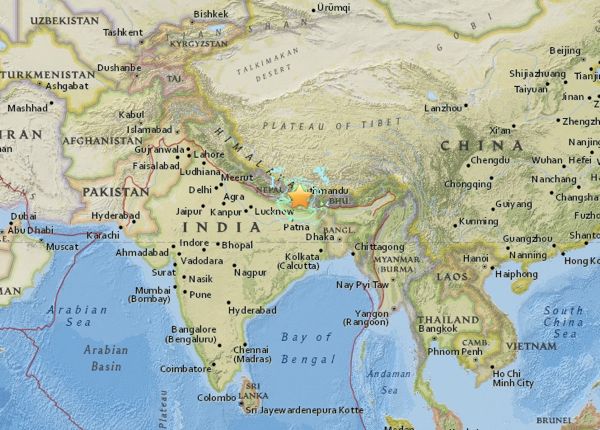 The U.S. Geological Society (USGS) is reporting a 7.3-magnitude earthquake in Nepal this morning (May 12, 2015). It comes on the heels of a powerful 7.9-magnitude quake that struck less than 50 miles from Nepal’s capital city of Kathmandu on April 25. Today’s earthquake is also less than 50 miles from Kathmandu. It had its epicenter near the town of Namche Bazaar, near Mount Everest. According to the Nepali government – at this writing (May 12 at 7:30 a.m. CDT, or 1230 UTC), least 29 people have been killed and 1,006 injured. More than 8,000 people were killed and 18,000 injured – and many historic buildings destroyed – in the first quake two weeks ago.

Follow the latest developments on the BBC’s live page

The USGS reports details of the quake as follows:

The map below, from the BBC, shows the location of the quake’s epicenter. 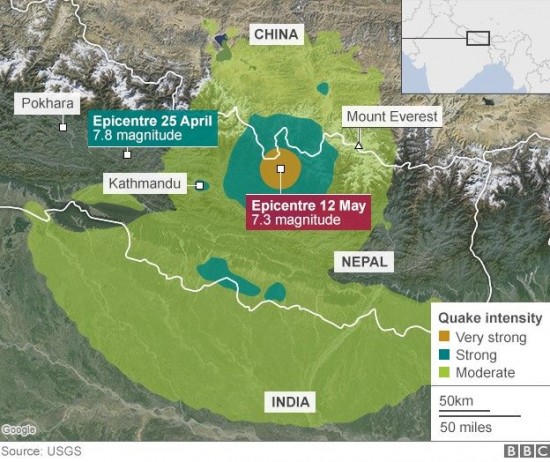 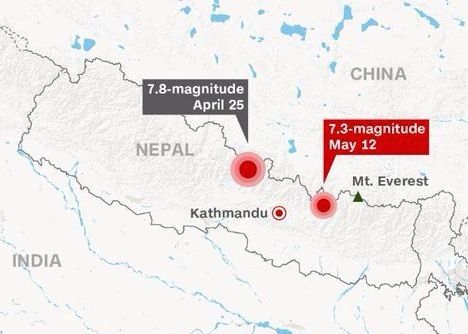