A new study of fossils unearthed by Depression-era workers reveal that camels, antelopes and relatives of modern elephants and dogs were among the animals that roamed a veritable “Texas Serengeti” millions of years ago. 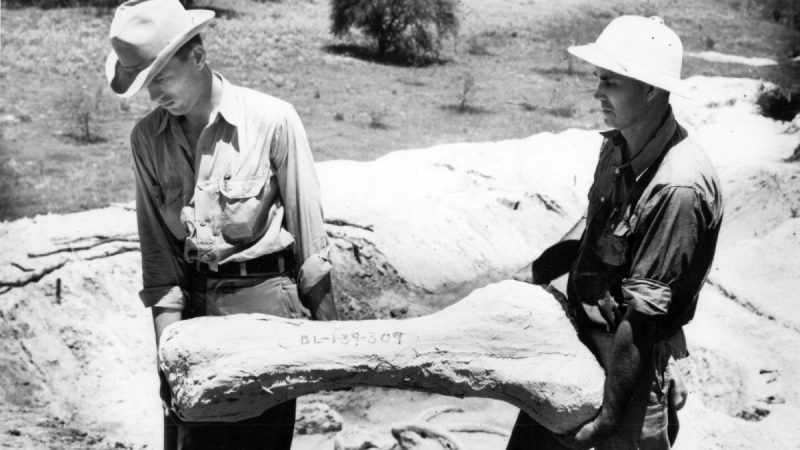 Image via University of Texas.

Researchers at the University of Texas have studied and identified a large collection of fossils unearthed during the Great Depression.

The fossil trove – nearly 4,000 specimens – makes up what the researchers call a veritable “Texas Serengeti,” representing 50 animal species, all of which roamed the Texas Gulf Coast 11-12 million years ago. The specimens include rhinos, alligators, antelopes, camels, 12 types of horses and several species of carnivores. The team also identified a new genus of gomphothere, an extinct relative of elephants with a shovel-like lower jaw, as well as the oldest fossils of the American alligator and an extinct relative of modern dogs. 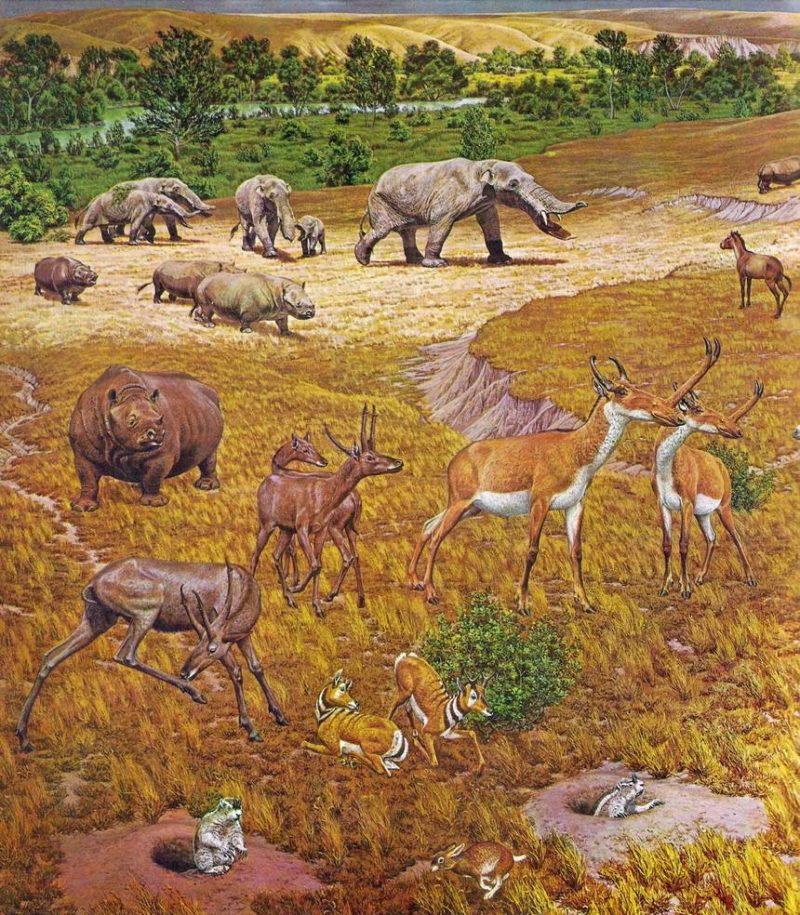 An artist’s interpretation of ancient North American fauna based on the UT research. Image via © Jay Matternes/The Smithsonian Institution.

From 1939 to 1941, the Works Progress Administration (WPA) – a federal agency that provided work to millions of Americans during the Great Depression – put unemployed Texans to work as fossil-hunters. The workers dug up tens of thousands of specimens from sites near Beeville, Texas. For the past 80 years, the fossils have been stored at the University of Texas at Austin and, until now, studied only in small bits and pieces.

A paper describing these fossils, the collection history, and geologic setting was published April 11, 2019, in the journal Palaeontologia Electronica.

The fossils came into the university’s collection as part of a WPA-funded program, the State-Wide Paleontologic-Mineralogic Survey, which supervised the work and organized field units for collecting fossils and minerals across Texas from 1939 to 1941. Despite lasting only three years, the survey found and excavated thousands of fossils from across the state.

The reason the fossil collection contains so many large mammals is due in large part to the collection practices of the fossil-hunters, most of whom weren’t trained in paleontology. Large tusks, teeth and skulls were easier to spot – and more exciting to find – than bones left by small species. Steven May is a research associate at the UT Jackson School of Geosciences and author of the paper. May said in a statement:

They collected the big, obvious stuff. But that doesn’t fully represent the incredible diversity of the Miocene environment along the Texas Coastal Plain. 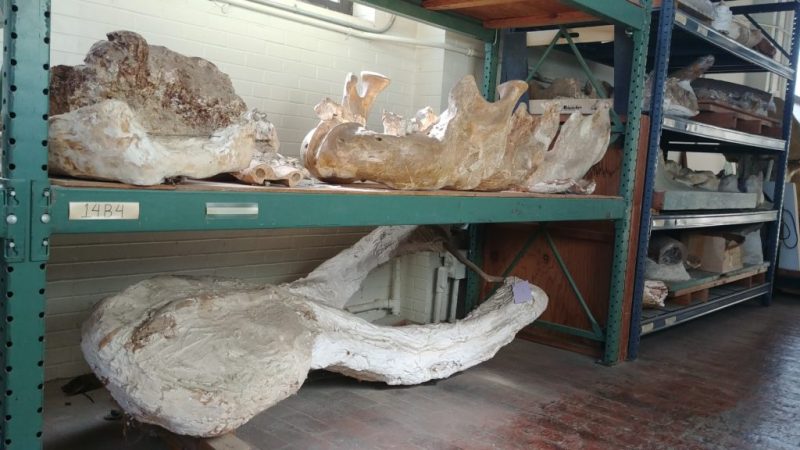 Fossilized skull parts from ancient elephant relatives in the collections of the Jackson School Museum of Earth History. The skull of a shovel-jawed gomphothere (pictured on bottom) collected by Great Depression-era fossil hunters is still wrapped in its field jacket. Scores of the WPA-era fossils in the UT collections are still secured in plaster field jackets, waiting to be unpacked for future research projects. Image via University of Texas at Austin Jackson School of Geosciences.

Since then, most of the finds have been kept in the Texas Vertebrate Paleontology Collections at the Jackson School Museum of Earth History. Over the years, a number of scientific papers have been published on select groups of WPA specimens. But this is the first paper to study the entire fauna.

Bottom line: A new study of fossils unearthed in Texas by Depression-era workers reveal camels, antelopes and relatives of modern elephants and dogs.

Via University of Texas Austin