The ice age hyenas may have hunted caribou and horses, or scavenged carcasses of mammoths on a cold treeless tundra, says a study of 2 fossil teeth. 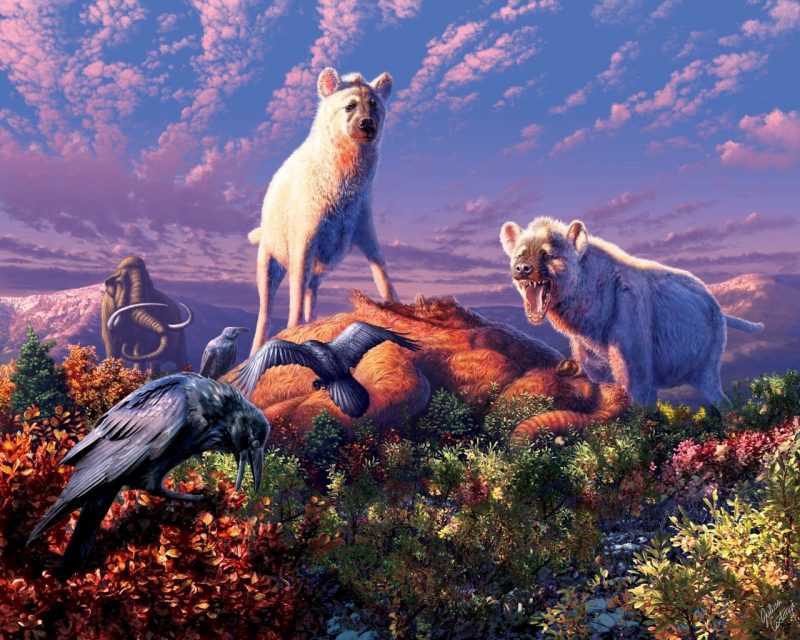 A new study reports that two enigmatic fossil teeth found in Yukon Territory in Canada in the 1970s belonged to an extinct hyena, the so-called “running hyena” or Chasmaporthetes.

Modern hyenas are hunters and scavengers in the Asian and African savannas. But the study, published June 18, 2019, in the peer-reviewed journal Open Quaternary, reveals that during the last ice age these powerful carnivores also roamed the frigid Arctic.

Government of Yukon paleontologist Grant Zazula is a study co-author. He said in a statement:

It is amazing to imagine hyenas thriving in the harsh conditions above the Arctic Circle during the ice age. Chasmaporthetes probably hunted herds of ice age caribou and horses or scavenged carcasses of mammoths on the vast steppe-tundra that stretched from Siberia to Yukon Territory.

The findings fill an important gap in scientists’ knowledge of how hyenas reached North America. Previously, Chasmaporthetes fossils had been found as far north as Mongolia in Asia and the southern United States in North America, with no sites in between. University of Buffalo paleontologist Jack Tseng is the paper’s first author. Tseng said:

Fossils of this genus of hyenas had been found in Africa, Europe and Asia, and also in the southern United States. But where and how did these animals get to North America? The teeth we studied, even though they were just two teeth, start to answer those questions. 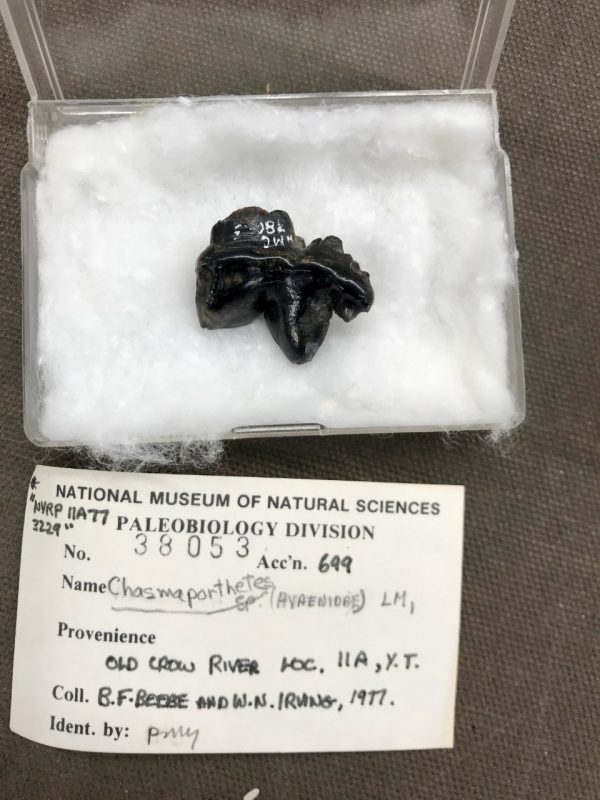 This ice age fossil tooth – tucked away for years in the collections of the Canadian Museum of Nature – belonged to the “running hyena” Chasmaporthetes, according to a new University at Buffalo-led study. This tooth, found in 1977, and one other are the first known hyena fossils found in the Arctic. Image via Grant Zazula/Government of Yukon.

According to the researchers, ancient hyenas likely entered North America via Beringia, an area, including Alaska and Yukon Territory, that connects Asia with North America during periods of low sea levels. From there, the animals made their way south all the way to Mexico, scientists say. The newly-described fossils provide the first proof of ancient hyenas living in Beringia. Tseng said:

Our previous understanding of where these far-ranging hyenas lived was based on fossil records in southern North America on one hand, and Asia, Europe and Africa on the other. These rare records of hyenas in the Arctic fill in a massive gap in a location where we expected evidence of their crossing between continents, but had no proof until now.

The fossil teeth are most likely between about 1.4 million and 850,000 years old, according to the researchers’ analysis. But the first hyenas crossed into North America long before that, says Tseng, as the earliest known hyena fossils on the continent date back about 5 million years. 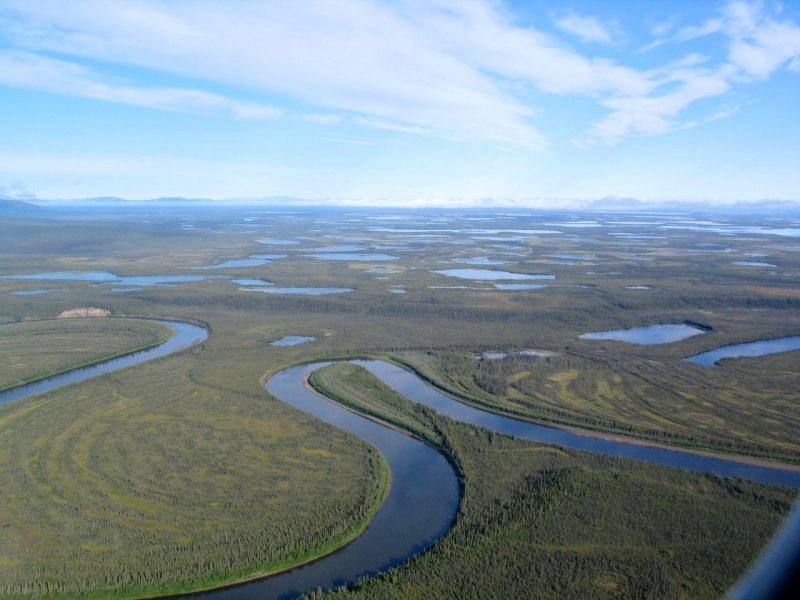 The fossil teeth were collected in the 1970s during paleontological expeditions in the remote Old Crow River region (Vuntut Gwitchin First Nation) in northern Yukon Territory, an area known for its rich deposits of fossils. The ancient hyena teeth are among 50,000 fossils recovered from the region in the last century. Image via Duane Froese/University of Alberta.

Though there are four living species of hyena today (three bone-crushing species, plus the ant-eating aardwolf), hyenas disappeared from North America before the first people arrived. Although the reasons for this extinction between 1 and 0.5 million years ago remain unclear, it is possible that the animals’ bone-crushing, scavenging niche was replaced by the impressive short-faced bear, which lived across North America until the end of the ice age about 12,000 years ago.

Via University of Buffalo