The burning rainforest releases black carbon into the atmosphere, which, according to a growing number of scientific studies, directly contributes to the melting of glaciers. 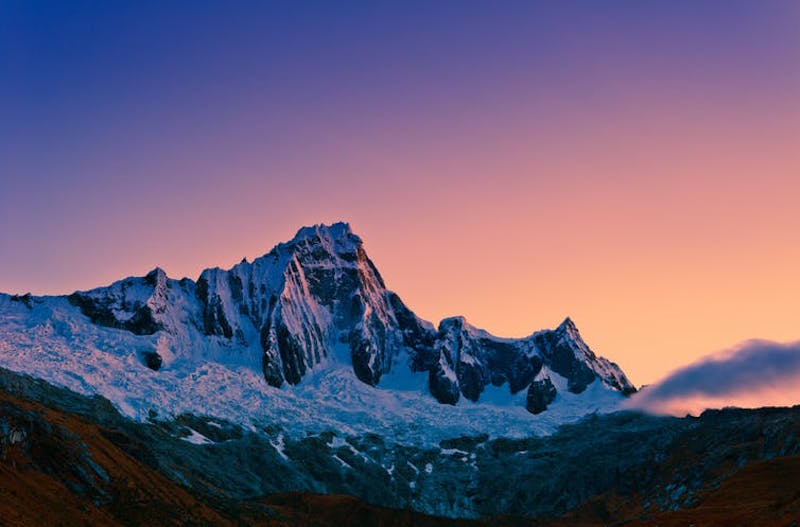 If you have turned on a TV or read the news during the past few months, you have probably heard of the widespread fires that wrought havoc on the Amazon rainforest this year. Fires occur in the rainforest every year, but the past 11 months saw the number of fires increase by more than 70% when compared with 2018, indicating a major acceleration in land clearing by the country’s logging and farming industries.

The smoke from the fires rose high into the atmosphere and could be seen from space. Some regions of Brazil became covered in thick smoke that closed airports and darkened city skies.

As the rainforest burns, it releases enormous amounts of carbon dioxide, carbon monoxide, and larger particles of so-called “black carbon” (smoke and soot). The phrase “enormous amounts” hardly does the numbers justice – in any given year, the burning of forests and grasslands in South America emits a whopping 800,000 tonnes (880,000 U.S. tons) of black carbon into the atmosphere.

This truly astounding amount is almost double the black carbon produced by all combined energy use in Europe over 12 months. Not only does this absurd amount of smoke cause health issues and contribute to global warming but, as a growing number of scientific studies are showing, it also more directly contributes to the melting of glaciers.

In a new paper published November 28, 2019, in the journal Scientific Reports, a team of researchers has outlined how smoke from fires in the Amazon in 2010 made glaciers in the Andes melt more quickly. 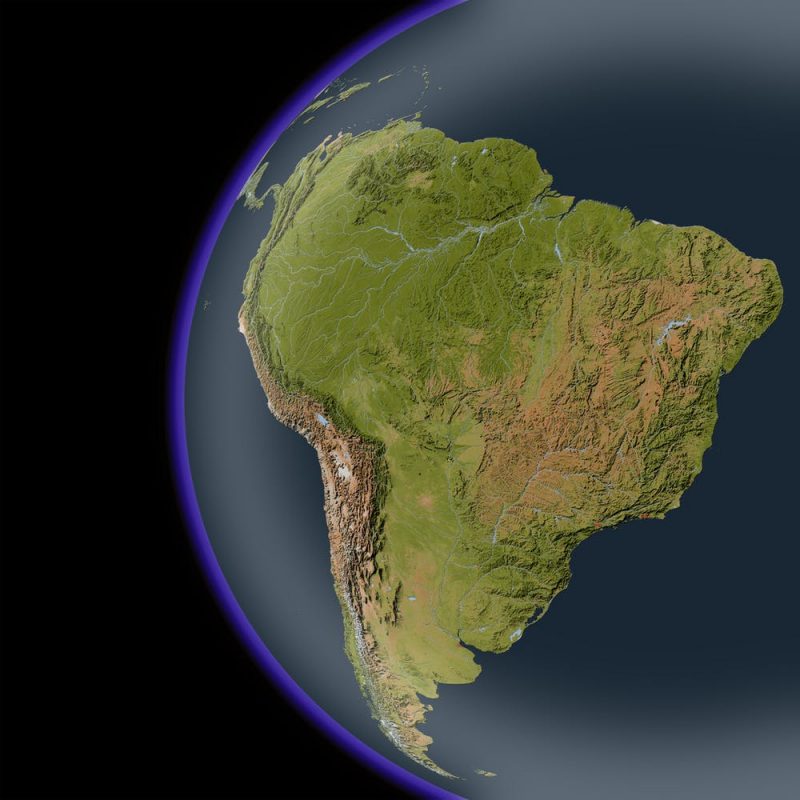 South America: the Andes mountains run along the western edge of the Amazon basin (center). Image via AridOcean/ shutterstock.

When fires in the Amazon emit black carbon during the peak burning season (August to October), winds carry these clouds of smoke to Andean glaciers, which can sit higher than 3 miles (5,000 meters) above sea level.

Despite being invisible to the naked eye, black carbon particles affect the ability of the snow to reflect incoming sunlight, a phenomenon known as albedo. Similar to how a dark-colored car will heat up more quickly in direct sunlight when compared with a light-colored one, glaciers covered by black carbon particles will absorb more heat, and thus melt faster.

By using a computer simulation of how particles move through the atmosphere, known as HYSPLIT, the team was able to show that smoke plumes from the Amazon are carried by winds to the Andes, where they fall as an invisible mist across glaciers. Altogether, they found that fires in the Amazon in 2010 caused a 4.5% increase in water runoff from Zongo Glacier in Bolivia. 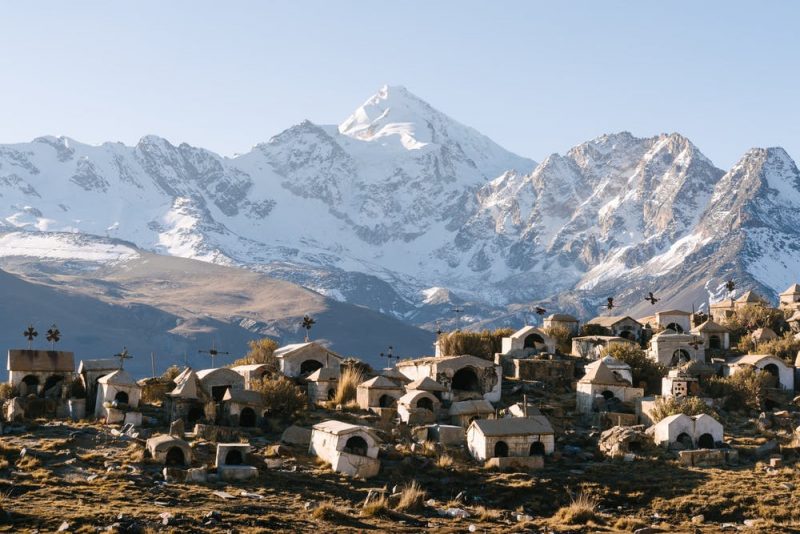 The Zongo glacier is found on the slopes of Huayna Potosi, one of Bolivia’s highest mountains. Image via Ryan Michael Wilson/ shutterstock.

Crucially, the authors also found that the effect of black carbon depends on the amount of dust covering a glacier – if the amount of dust is higher, then the glacier will already be absorbing most of the heat that might have been absorbed by the black carbon. Land clearing is one of the reasons that dust levels over South America doubled during the 20th century.

Glaciers are some of the most important natural resources on the planet. Himalayan glaciers provide drinking water for 240 million people, and 1.9 billion rely on them for food. In South America, glaciers are crucial for water supply – in some towns, including Huaraz in Peru, more than 85% of drinking water comes from glaciers during times of drought. However, these truly vital sources of water are increasingly under threat as the planet feels the effects of global warming. Glaciers in the Andes have been receding rapidly for the last 50 years.

The tropical belt of South America is predicted to become more dry and arid as the climate changes. A drier climate means more dust, and more fires. It also means more droughts, which make towns more reliant on glaciers for water.

Unfortunately, as the above study shows, the fires assisted by dry conditions help to make these vital sources of water vanish more quickly. The role of black carbon in glacier melting is an exceedingly complex process – currently, the climate models used to predict the future melting of glaciers in the Andes do not incorporate black carbon. As the authors of this new study show, this is likely causing the rate of glacial melt to be underestimated in many current assessments.

With communities reliant on glaciers for water, and these same glaciers likely to melt faster as the climate warms, work examining complex forces like black carbon and albedo changes is needed more now than ever before.

Bottom line: Wildfires in the Amazon are quickening glacial melt in the Andes Mountains.