For an alligator, in both love and war, it’s good to be big . An alligator’s bellow communicates just how big it is. 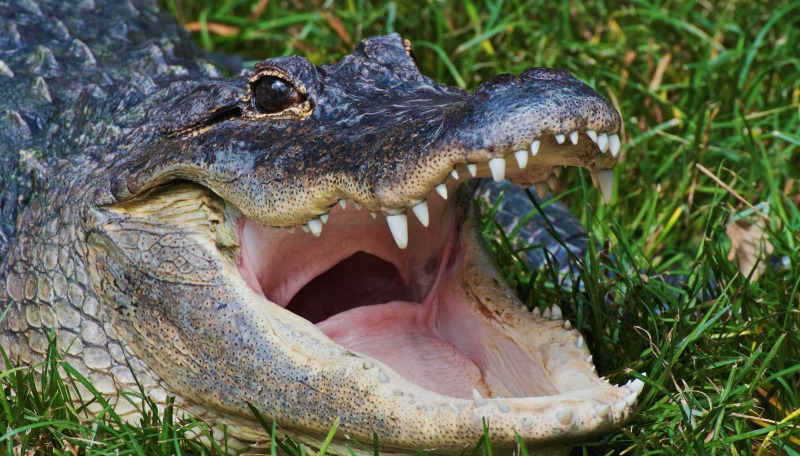 American alligators produce loud, very low-pitched vocalizations called “bellows”. These rumbling roars communicate the animal’s body size to other alligators. Alligators can use this information to avoid unpromising contests for mates and breeding areas. That’s according to a new study published in Scientific Reports on May 12, 2017

In alligators, being bigger than other alligators can have decisive benefits. Females only accept males larger than themselves as mates and larger alligators are much more likely to win territorial fights. However, direct physical confrontations can lead to lethal injuries. That’s why it’s advantageous if fights can be avoided by alligators reliably signaling their body size to potential mates and rivals early on.

That’s where bellowing comes in. A research team of cognitive biologists at the University of Vienna identified cues to body size in the alligators’ bellows. 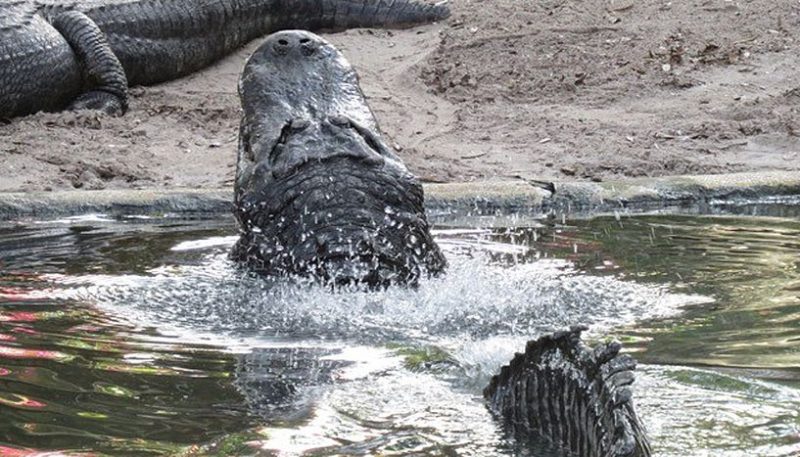 A male American alligator bellowing. Sub-audible vibrations produce the “water dance” above the animal’s back. American alligators bellow year-round, but most frequently during mating season. Bellowing differs between the sexes. Only male alligators produce a water dance, visible due to water droplets sprinkling over their backs, preceding the audible bellow. Image via Stephan Reber.

For the study, the scientists recorded the bellows of 43 adult American alligators at the St. Augustine Alligator Farm Zoological Park in Florida. Then they measured the head and total body length of all the alligators up close with measuring tapes and hand-held laser-distance-measurement devices.

Their analysis found that the resonance frequencies of the bellows are almost perfect predictors of body size. Study co-author Stephan Reber is a cognitive biologist at the University of Vienna. Reber said in a statement:

Resonance frequencies depend on the length of the vocal tract. Larger alligators have longer vocal tracts and therefore lower resonances. 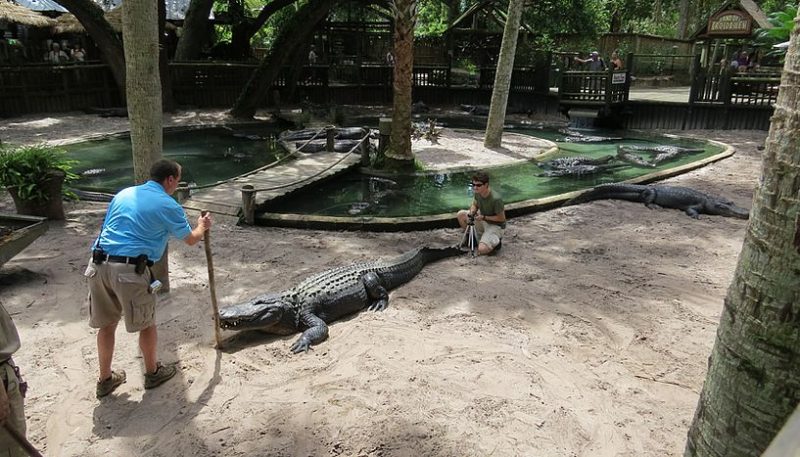 Researchers measure the body length of a male American alligator. This animal is 363 cm (11.91 ft) long. Image via Judith Janisch

Bottom line: A study suggests that the bellows of American alligators reveal their size.

Read more from University of Vienna