All about freezing rain

The science of freezing rain. What causes the dangerous winter weather element that can paralyze cities. 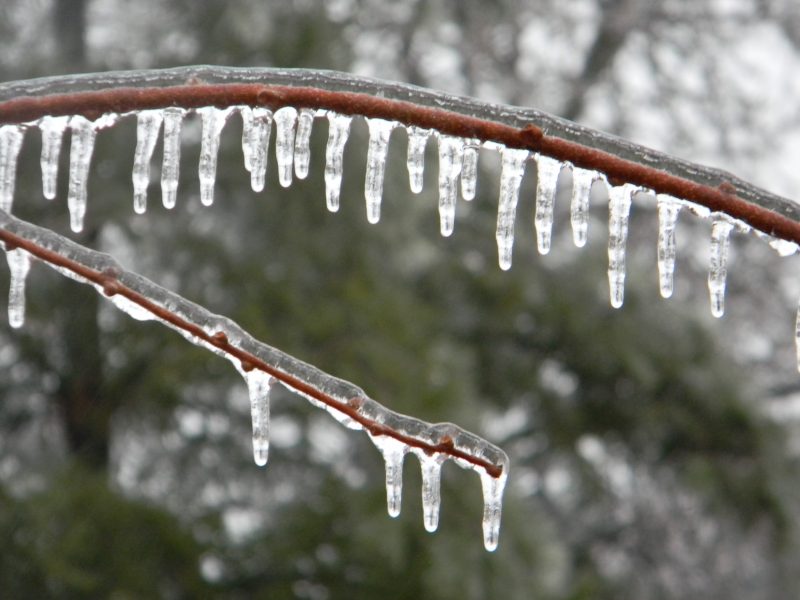 Freezing rain is simply rain that falls through a shallow layer of cold temperatures at or below 0 degrees Celsius (32 degrees F) near the surface. When this rain becomes supercooled, it can freeze on contact with roads, bridges, trees, power lines, and vehicles. When freezing rain accumulates, it can add a lot of weight on trees – a quarter of an inch of ice can add 500 pounds of weight – which can bring trees down and result in numerous power outages and damage to homes.

Freezing rain is typically the weather threat that creates the most car accidents, injuries, and deaths in winter storms. Many people can drive in the rain and snow, but when the roads become icy, it is almost impossible to drive. Severe ice storms can shut down large cities, result in thousands of power outages, and the most violent ones can also become billion dollar disasters (rare).

Here is a diagram that shows the importance of how precipitation falls as rain, sleet, snow, or freezing rain. It is important to know the difference between snow, sleet, and freezing rain. 1) Snow forms when the entire layer of air is sub-freezing. Snow consists of ice crystals and is white and fluffy.

2) Sleet forms when the layer of sub-freezing air is fairly deep, 3,000 to 4,000 feet. This allows time for the water droplet to freeze into a tiny piece of ice and become sleet as it falls to the surface. Precipitation in the wintertime that falls as tiny ice pellets is sleet. Hail is only associated with strong thunderstorms and are larger in size and can cause damage.

3) Freezing rain forms when the sub-freezing layer is very shallow. 2,000 feet from the surface, temperatures are above freezing,so any precipitation that falls is liquid. Once rain hits that shallow, cold air near the surface, it freezes on contact with any object. 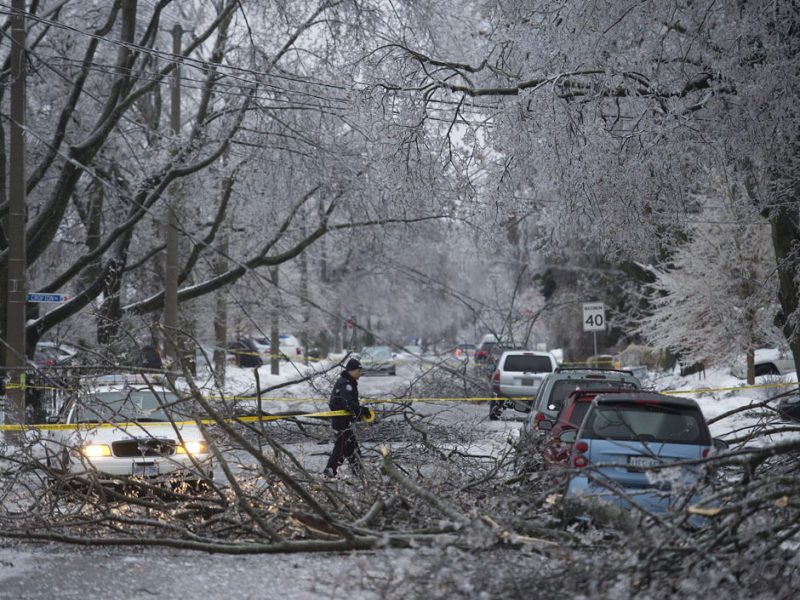 Shallow, cold air at the surface can sometimes occur thanks to cold air damming. Cold air damming, abbreviated as CAD, is where a low level cold air mass is trapped topographically. These events can be very common near or around mountain regions, and is known to occur across the eastern United States thanks to the Appalachian Mountains. Some of the worst ice storms to form were thanks to this CAD effect that is also known as the “wedge”. The term is constantly used because shallow cold air is wedged down the Appalachian Mountains thanks to a ridge of high pressure typically located across New England, eastern Canada, or the Mid-Atlantic.

When it comes to freezing rain, it is the weight of the ice on the trees that cause major problems. They can fall over and crush cars, houses, and power lines. According to Steve Nix, brittle tree species typically take the brunt of heavy icing. Trees such as poplars, silver maples, birches, willows and hack-berries are more likely to break and fall over due to the weight of the ice. One of the big reasons these trees break and fall over first is because they are fast growers. They also develop weak, V-shaped crotches that can easily split apart under the added weight of ice. 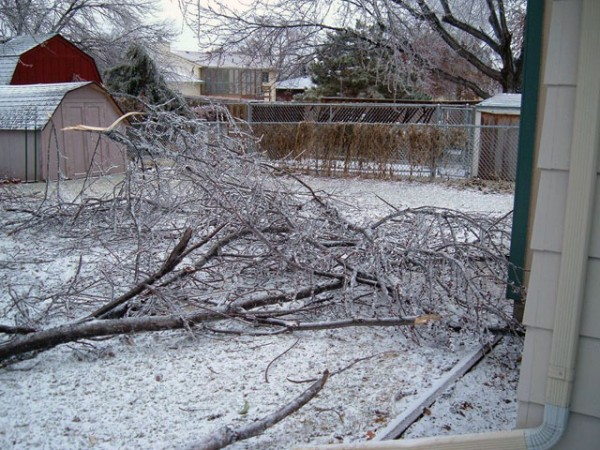 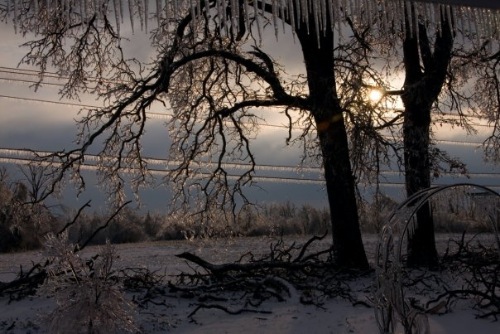 Bottom line: Freezing rain is simply rain that falls into a shallow layer of cold temperatures that is below freezing. When this supercooled droplet hits an object, it then freezes and becomes ice.