A trip down Canada’s Iceberg Alley

It’s been a banner year for iceberg sighting in Iceberg Alley, the area off northeastern Newfoundland where the Titanic struck an iceberg and went down in April, 1912.

This article is republished with permission from a brand new and cool website GlacierHub. The post is by Bonnie J. McCay of Rutgers University.

I write this from Fogo Island, where the terrain and sea are sub-arctic, brushed and at times tormented by the strong and cold Labrador Current, which wards off the warmer waters of the Gulf stream. The Labrador Current is part of the counter-clockwise vortex of the western waters of the North Atlantic ocean that picks up the pieces of glaciers of Greenland. The broken pieces become icebergs, and the waters of the northeast coast of Newfoundland, where Fogo Island sits, are known as “Iceberg Alley.” 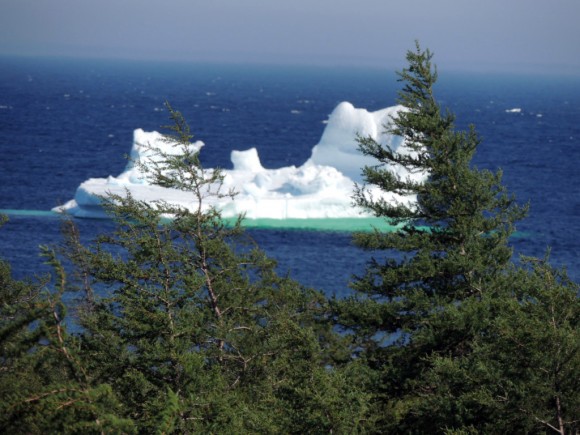 In some years, like this one, 2014, icebergs from western Greenland (and, to a lesser extent, the Canadian Arctic) come close to shore in large numbers. Many remain grounded on shoal spots through the summer. As of this writing, August 10, 2014, twenty to twenty-five icebergs are known to be on the Funk Island Bank, within 100 miles of Fogo Island. There were hundreds here in May and June.

To someone like me, an outsider who happens to have visited for the past 42 years, the sight of icebergs brings wonder and delight and demands photos. 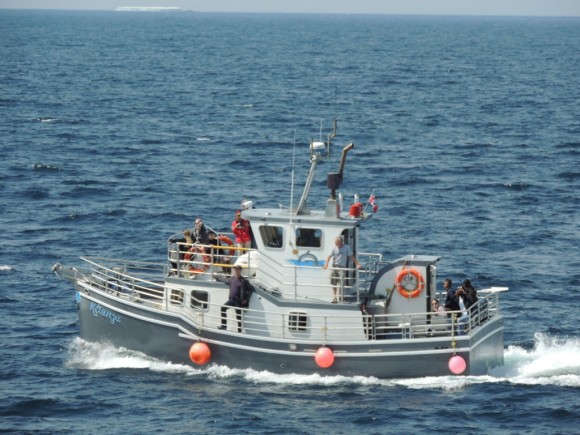 This year’s bounty is particularly joyful, because Newfoundland’s tourist economy, which increasingly sustains its rural “outport” communities, relies heavily on people like me. For the past several years, there were few icebergs to be seen during the peak tourist season, July and August, and that hurts Newfoundland, which uses icebergs as major attractions for tourists. (The provincial government established www.icebergfinder.com to help tourists and their hosts identify where they might have a chance of seeing icebergs from the shore or from boats.)

Local newspapers announced that 2014 was a “banner year” for iceberg sighting, and there are hopes that reports of this will stimulate more people to come next year. This year is also a “banner year” for warm weather, fish, and whales on Newfoundland’s northeast coast. In July and early August the one business providing boat trips for visitors to Fogo Island was able to promise not only getting close to icebergs but also calm seas, opportunities to watch humpback, finback, and minke whales, and chances to drop a line and catch codfish.

The dark side to icebergs is well known, although it is usually overlooked by tourists who take pleasure in their beauty. After all, Iceberg Alley is where the Titanic struck an iceberg and went down in April 1912, killing more than 1,500 people. The Canadian Ice Service’s reports on icebergs are used not only for tourism but also to warn ships of dangers at sea.

For local fishermen, a year like this is a problem, too, because icebergs can tear up crab pots and other fishing gear, normally put out once the sea ice has diminished in late April or May. Fishing crews must keep someone on watch all night to avoid collision with icebergs. As problematic are the smaller pieces of ice, the “bergy bits” and “growlers” that break off of the larger bergs. Bergy bits are small icebergs, roughly the size of a house. Growlers is the local name for pieces much the size of a grand piano (the similes come from Stephen Bruneau’s Icebergs of Newfoundland and Labrador). Small as they are, they are hard to see with radar and can be very damaging to boats and gear. 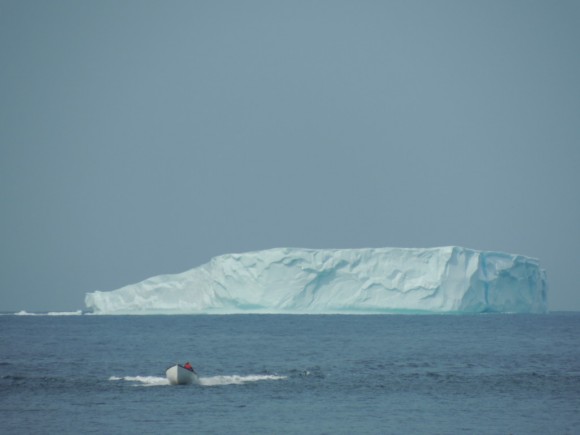 Fishermen are therefore very respectful and even fearful of icebergs. They take great care not to get too close to them, despite pleas from tourists. On the other hand, even smaller chunks of ice, often seen near foundered icebergs, can be captured with gaffs and nets and brought aboard, to provide fresh water for the crew and to take home to keep in the freezer, to be used as “iceberg ice” in drinks.

Over the last decade, with the rise of tourism, iceberg ice has gained some panache; who wouldn’t find it interesting to be told they were drinking 10,000-year-old fresh water taken from a piece of a glacier floating in the sea! Always enterprising, some Newfoundlanders have made businesses of providing iceberg ice, and there are companies that have licenses to harvest icebergs in Canadian waters. The Canadian Iceberg Vodka Corporation uses the small bits of ice that break off from bergs for its product. 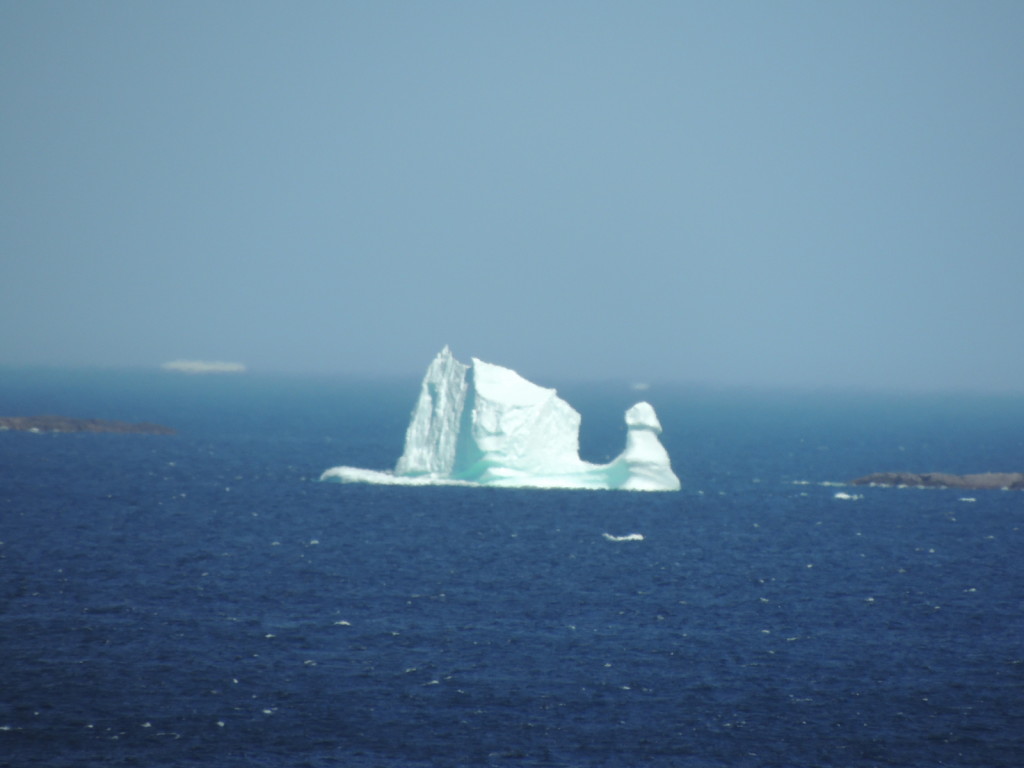 Symbolic of what has happened in Newfoundland in recent decades is the fact that the iceberg vodka business took over an abandoned salt cod factory, in the coastal town of Port Union in 2013. For most of the 20th century, Port Union was a major fishing town and the home of a fishermen’s union. In 1992, the cod fishery was officially declared in “collapse” and local cod populations have only grown slowly The fishery may never recover economically. But like the fishery, iceberg vodka depends on the vagaries of nature, and a series of low iceberg years makes it vulnerable to collapse as well.

Iceberg presence and abundance along the coast of Newfoundland is variable, and people value them and fear them for different reasons and from different perspectives. Like the unusually warm and dry weather of the summer of 2014, it’s easy to think that the stunning parade of icebergs is one of the positive effects of global warming. Their appearance on the coast may increase for some time with the warming and melting of the glaciers of Greenland, as well as the glaciers of Canada’s Arctic islands. On the other hand, warmer North Atlantic waters hasten the melting of icebergs, too. In any case, their routes are not always close to the coasts, making life in Iceberg Alley as unpredictable as ever.