NOAA has issued its winter 2019-2020 outlook for temperature, precipitation and drought for the US, including Alaska and Hawaii.

On October 17, 2019, NOAA issued its annual winter outlook for temperature, precipitation and drought. According to NOAA’s Climate Prediction Center, winter temperatures in 2019-2020 are likely to be above average in most of the western, southern and eastern U.S., as well as in Alaska and Hawaii.

While El Niño often influences the winter, NOAA scientists say that neutral conditions are in place this year and are expected to persist into the spring. Mike Halpert, deputy director of NOAA’s Climate Prediction Center, said in a statement:

Without either El Niño or La Nina conditions, short-term climate patterns like the Arctic Oscillation will drive winter weather and could result in large swings in temperature and precipitation.

The Arctic Oscillation (AO) is an atmospheric circulation pattern over the mid-to-high latitudes of the Northern Hemisphere that influences the number of arctic air masses that move into the U.S.

If you’re not too sure about El Niño, check out the video below, which describes El Niño and its cooler cousin, La Niña, as opposite phases of what is known as the El Niño-Southern Oscillation. They are complex, naturally occurring climatic phenomena, occurring at irregular intervals of between two and seven years.

– The greatest likelihood for warmer-than-normal conditions are in Alaska and Hawaii, with more modest probabilities for above-average temperatures spanning large parts of the remaining lower 48 from the West across the South and up the eastern seaboard.

– The Northern Plains, Upper Mississippi Valley, and the western Great Lakes have equal chances for below-, near- or above-average temperatures.

– No part of the U.S. is favored to have below-average temperatures this winter. 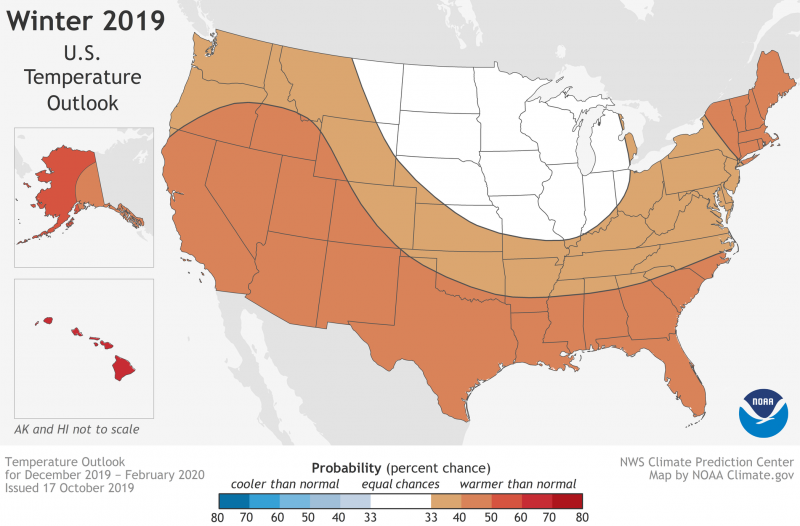 This 2019-20 Winter Outlook map for temperature shows warmer-than-average temperatures are likely for much of the U.S. this winter. Image via NOAA.

– Wetter-than-average conditions are most likely in Alaska and Hawaii this winter, along with portions of the Northern Plains, Upper Mississippi Valley, the Great Lakes and parts of the Mid-Atlantic and Northeast.

– Drier-than-average conditions are most likely for Louisiana, parts of Texas, Mississippi, Arkansas and Oklahoma as well areas of northern and central California.

= The remainder of the U.S. falls into the category of equal chances for below-, near-, or above-average precipitation. 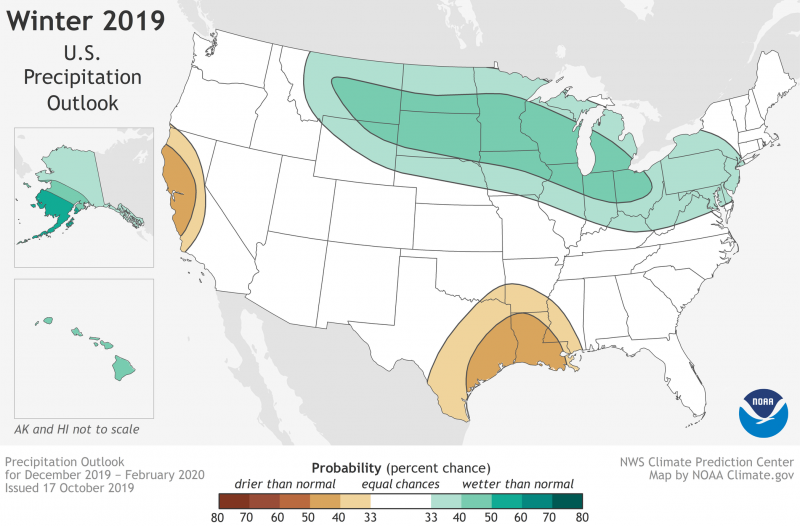 This 2019-20 Winter Outlook map for precipitation shows wetter-than-average weather is most likely across the Northern Tier of the U.S. this coming winter. Image via NOAA. 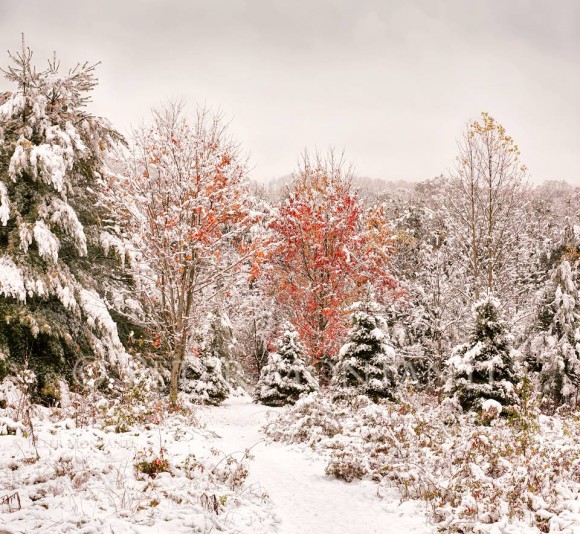