Everything you always wanted to know about the Dolly the cloned sheep and what came next, from a biomedical researcher and cloning expert. 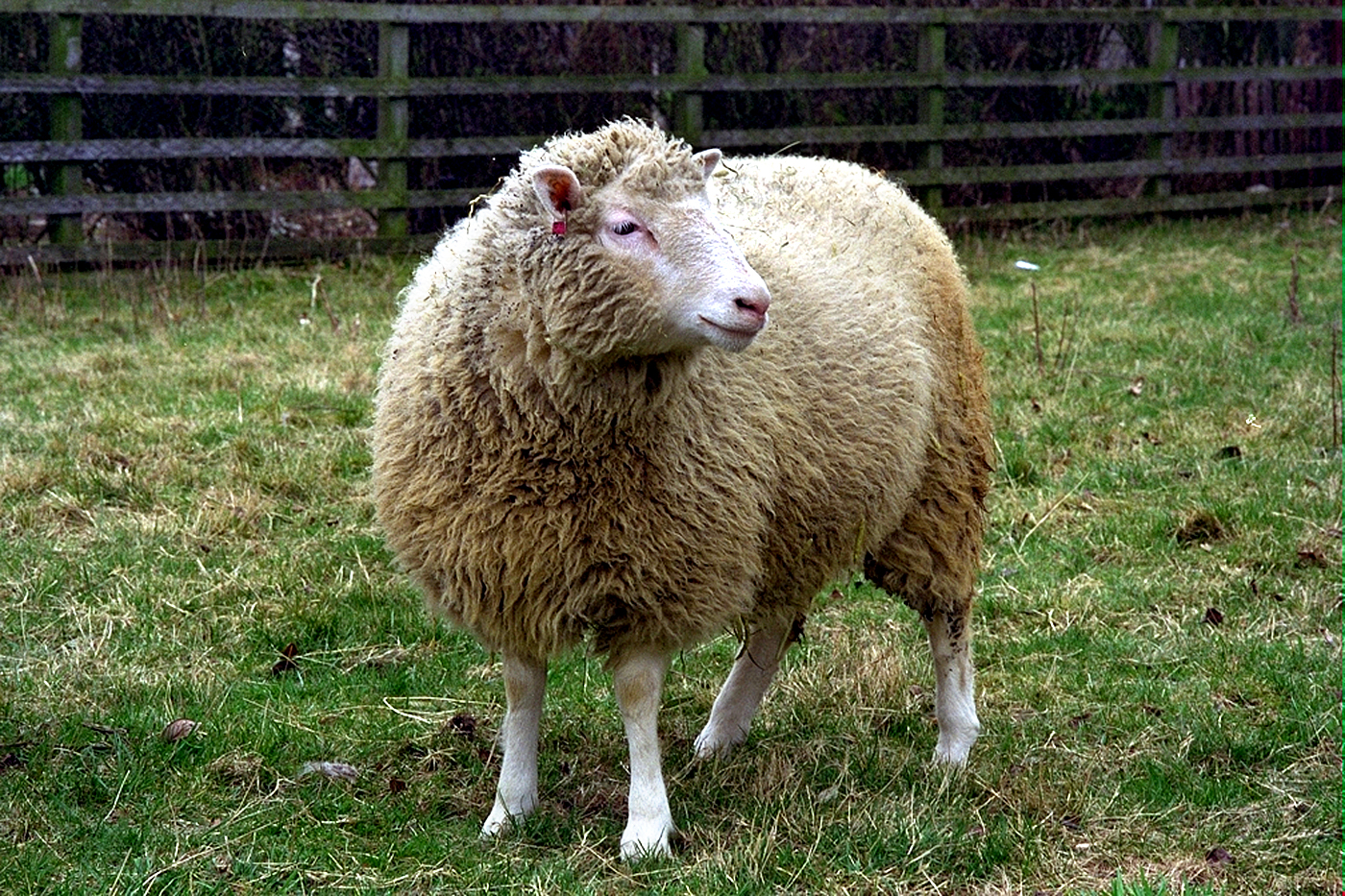 Well hello, Dolly. Photo via The Roslin Institute, The University of Edinburgh

It’s been 20 years since scientists in Scotland told the world about Dolly the sheep, the first mammal successfully cloned from an adult body cell. What was special about Dolly is that her “parents” were actually a single cell originating from mammary tissue of an adult ewe. Dolly was an exact genetic copy of that sheep – a clone.

Dolly captured people’s imaginations, but those of us in the field had seen her coming through previous research. I’ve been working with mammalian embryos for over 40 years, with some work in my lab specifically focusing on various methods of cloning cattle and other livestock species. In fact, one of the coauthors of the paper announcing Dolly worked in our laboratory for three years prior to going to Scotland to help create the famous clone.

Dolly was an important milestone, inspiring scientists to continue improving cloning technology as well as to pursue new concepts in stem cell research. The endgame was never meant to be armies of genetically identical livestock: Rather, researchers continue to refine the techniques and combine them with other methods to turbocharge traditional animal breeding methods as well as gain insights into aging and disease.

Not the usual sperm + egg

Dolly was a perfectly normal sheep who became the mother of numerous normal lambs. She lived to six and a half years, when she was eventually put down after a contagious disease spread through her flock, infecting cloned and normally reproduced sheep alike. Her life wasn’t unusual; it’s her origin that made her unique.

Before the decades of experiments that led to Dolly, it was thought that normal animals could be produced only by fertilization of an egg by a sperm. That’s how things naturally work. These germ cells are the only ones in the body that have their genetic material all jumbled up and in half the quantity of every other kind of cell. That way when these so-called haploid cells come together at fertilization, they produce one cell with the full complement of DNA. Joined together, the cell is termed diploid, for twice, or double. Two halves make a whole.

From that moment forward, nearly all cells in that body have the same genetic makeup. When the one-cell embryo duplicates its genetic material, both cells of the now two-cell embryo are genetically identical. When they in turn duplicate their genetic material, each cell at the four-cell stage is genetically identical. This pattern goes on so that each of the trillions of cells in an adult is genetically exactly the same – whether it’s in a lung or a bone or the blood.

In somatic cell nuclear transfer, all the DNA comes from a single adult cell. Image via Belkorin

In contrast, Dolly was produced by what’s called somatic cell nuclear transfer. In this process, researchers remove the genetic material from an egg and replace it with the nucleus of some other body cell. The resulting egg becomes a factory to produce an embryo that develops into an offspring. No sperm is in the picture; instead of half the genetic material coming from a sperm and half from an egg, it all comes from a single cell. It’s diploid from the start.

Dolly was the culmination of hundreds of cloning experiments that, for example, showed diploid embryonic and fetal cells could be parents of offspring. But there was no way to easily know all the characteristics of the animal that would result from a cloned embryo or fetus. Researchers could freeze a few of the cells of a 16-cell embryo, while going on to produce clones from the other cells; if a desirable animal was produced, they could thaw the frozen cells and make more copies. But this was impractical because of low success rates.

Dolly demonstrated that adult somatic cells also could be used as parents. Thus, one could know the characteristics of the animal being cloned.

By my calculations, Dolly was the single success from 277 tries at somatic cell nuclear transfer. Sometimes the process of cloning by somatic cell nuclear transfer still produces abnormal embryos, most of which die. But the process has greatly improved so success rates now are more like 10 percent; it’s highly variable, though, depending on the cell type used and the species.

More than 10 different cell types have been used successfully as “parents” for cloning. These days most cloning is done using cells obtained by biopsying skin.

More than genes can affect a clone

Genetics is only part of the story. Even while clones are genetically identical, their phenotypes – the characteristics they express – will be different. It’s like naturally occurring identical twins: They share all their genes but they’re not really exactly alike, especially if reared in different settings.

Environment plays a huge role for some characteristics. Food availability can influence weight. Diseases can stunt growth. These kinds of lifestyle, nutrition or disease effects can influence which genes are turned on or off in an individual; these are called epigenetic effects. Even though all the genetic material may be the same in two identical clones, they might not be expressing all the same genes.

Cloning a winner doesn’t guarantee success for the next generation. Photo The Conversation/AP Photo/Darron Cummings

Consider the practice of cloning winning racehorses. Clones of winners sometimes also will be winners – but most of the time they’re not. This is because winners are outliers; they need to have the right genetics, but also the right epigenetics and the right environment to reach that winning potential. For example, one can never exactly duplicate the uterine conditions a winning racehorse experienced when it was a developing fetus. Thus, cloning champions usually leads to disappointment. On the other hand, cloning a stallion that sires a high proportion of race-winning horses will result very reliably in a clone that similarly sires winners. This is a genetic rather than a phenotypic situation.

Even though the genetics are reliable, there are aspects of the cloning procedure that mean the epigenetics and environment are suboptimal. For example, sperm have elegant ways of activating the eggs they fertilize, which will die unless activated properly; with cloning, activation usually is accomplished by a strong electric shock. Many of the steps of cloning and subsequent embryonic development are done in test tubes in incubators. These conditions are not perfect substitutes for the female reproductive tract where fertilization and early embryonic development normally occur.

Sometimes abnormal fetuses develop to term, resulting in abnormalities at birth. The most striking abnormal phenotype of some clones is termed “large offspring syndrome,” in which calves or lambs are 30 or 40 percent larger than normal, resulting in difficult birth. The problems stem from an abnormal placenta. At birth, these clones are genetically normal, but are overly large, and tend to be hyperinsulinemic and hypoglycemic. (The conditions normalize over time once the offspring is no longer influenced by the abnormal placenta.)

Recent improvements in cloning procedures have greatly reduced these abnormalities, which also occur with natural reproduction, but at a much lower incidence.

Removing genetic material from the nucleus of a cell. Image via The Conversation/AP Photo/Thomas Terry

Many thousands of cloned mammals have been produced in nearly two dozen species. Very few of these concern practical applications, such as cloning a famous Angus bull named Final Answer (who recently died at an old age) in order to produce more high-quality cattle via his clone’s sperm.

But the cloning research landscape is changing fast. The driving force for producing Dolly was not to produce genetically identical animals. Rather researchers want to combine cloning techniques with other methods in order to efficiently change animals genetically – much quicker than traditional animal breeding methods that take decades to make changes in populations of species such as cattle.

One recent example is introducing the polled (no horns) gene into dairy cattle, thus eliminating the need for the painful process of dehorning. An even more striking application has been to produce a strain of pigs that is incapable of being infected by the very contagious and debilitating PRRS virus. Researchers have even made cattle that cannot develop Mad Cow Disease. For each of these procedures, somatic cell nuclear transplantation is an essential part of the process.

To date, the most valuable contribution of these somatic cell nuclear transplantation experiments has been the scientific information and insights gained. They’ve enhanced our understanding of normal and abnormal embryonic development, including aspects of aging, and more. This information is already helping reduce birth defects, improve methods of circumventing infertility, develop tools to fight certain cancers and even decrease some of the negative consequences of aging – in livestock and even in people. Two decades since Dolly, important applications are still evolving.