Albireo is known best for the striking color contrast between its two stars – the brighter gold star and the dimmer blue star. 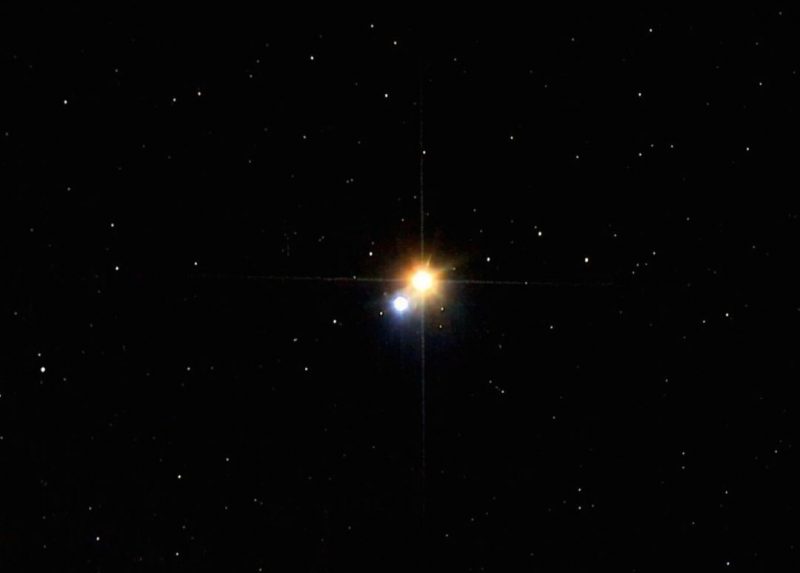 Albireo, one star blue and the other golden. Photo via Tom Wildoner.

Albireo – also called Beta Cygni – isn’t the brightest star in the sky. It looks like an ordinary single star to the eye. But peer at it through a telescope, and you’ll learn why stargazers love Albireo. With a telescope, you’ll easily see Albireo as a beautiful double star, with the brighter star gold and the dimmer star blue.

How can you spot Albireo in the night sky? It’s easy to find, if you can located Cygnus the Swan. Cygnus has an easy-to-recognize shape, that of a cross, and the constellation is also known as the Northern Cross. The brightest star in Cygnus, called Deneb, marks the head of the Cross or the Tail of the Swan. Albireo marks the base of the Cross or the Head of Cygnus. 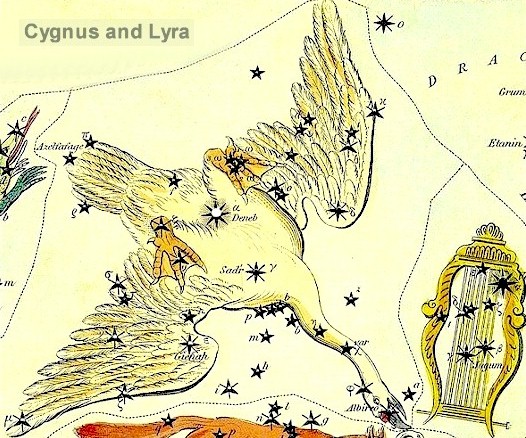 The constellation Cygnus the Swan. The bright star Deneb is in the Tail of Cygnus, while Albireo is at the Head of the Swan. Albireo represents the Swan’s Beak or Eye. Image via Constellation of Words. 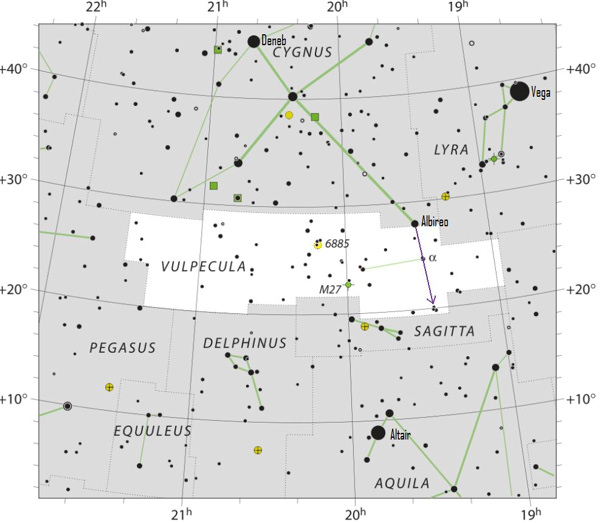 The constellation Cygnus lies within a larger star pattern known as the Summer Triangle. See the three bright stars here: Vega, Deneb and Altair? See how the pattern of the cross (Cygnus the Swan) lies inside the triangle made by those three stars? More about the Summer Triangle here.

The two stars of Albireo constitute a true binary star system. In other words, its two stars aren’t merely a chance alignment as seen from Earth. Instead, they revolve around a common center of mass.

These two stars lie quite far apart, however, and might take as long as 100,000 years to orbit one another. Even though these two stars appear close together in a telescope, keep in mind that you’re looking at a system that’s 430 light-years away.

By the way, the brighter of the two stars in the Albireo system has been found with advanced telescopic techniques to be two stars as well. Thus there are at least three stars in this system. 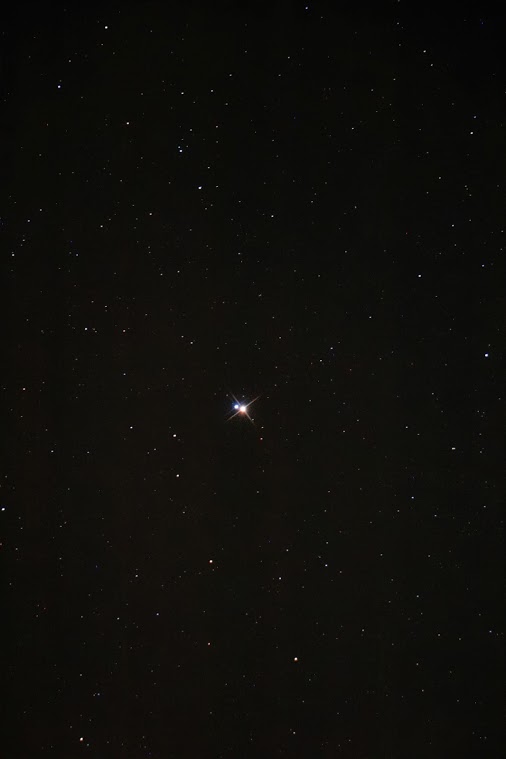 Bottom line: The star Albireo – also known as Beta Cygni – in the constellation Cygnus, is a famous double star. A small telescope reveals that one star is blue and the other is gold.