The star Al Risha in the constellation Pisces isn’t bright. But – at the tip of the graceful V in Pisces – it’s very noticeable. 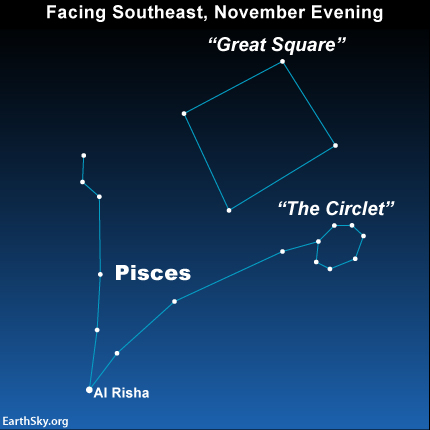 The constellation Pisces appears in the shape of the letter V. Al Risha lies at the tip of the V, where the two lines come together. You might also notice The Circlet in Pisces. It can help you find the V, and Al Risha.

Alpha Piscium, or Al Risha (also spelled Alrisha), isn’t one of the sky’s brightest stars. In fact, it’s only about 4th magnitude, which is getting down to a level of faintness that requires a dark sky to see.

But Al Risha is a fascinating star in a prominent place in the zodiacal constellation Pisces the Fishes, which is one of the sky’s most graceful and beautiful constellations. It’s also very easy to pick out in Pisces if you have a dark sky.

Pisces the Fishes is always shown as a pair of fish, swimming in opposite directions. The Western Fish lies in the graceful line of stars south of the Great Square of Pegasus, and the Northern Fish is another line of stars to the east of the Square. Al Risha represents the knot or cord that ties the two Fish together by ribbons at their tails. In fact, Al Risha means “the cord” in Arabic. 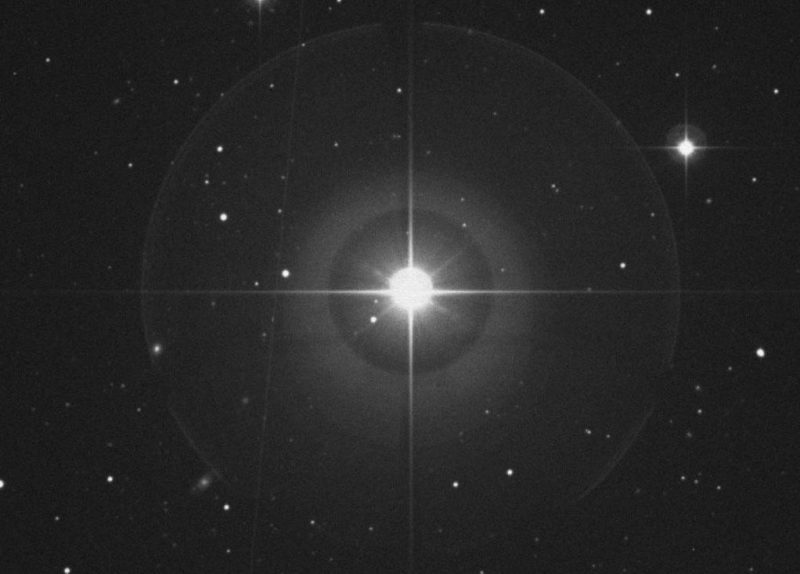 Al Risha, the Alpha star of Pisces the Fishes, via the Space Telescope Science Institute.

Northern Hemisphere autumn (or Southern Hemisphere spring) is a good time to see the constellation Pisces, with the star Al Risha at its heart, in the evening sky. As seen from across the globe, Pisces reaches its high point for the night at about 10 p.m. local standard time in early November and at about 8 p.m. in early December.

If you can find the Great Square of Pegasus – which really is very noticeable as a large square pattern on the sky’s dome, with four medium-bright stars marking its corners – you can find Pisces. You can, that is, if your sky is dark enough. To find a dark location near you, visit EarthSky’s Stargazing Page. Zoom out for worldwide coverage.

You’ll probably pick out the Western Fish first, because it contains an asterism – or noticeable pattern of stars – known as the Circlet. The little circle of faint stars forming the Circlet in Pisces can be seen easily in a dark sky on the southern edge of the Great Square.

The rest of the constellation Pisces forms a beautiful V shape – like the letter V – on two sides of the Square. 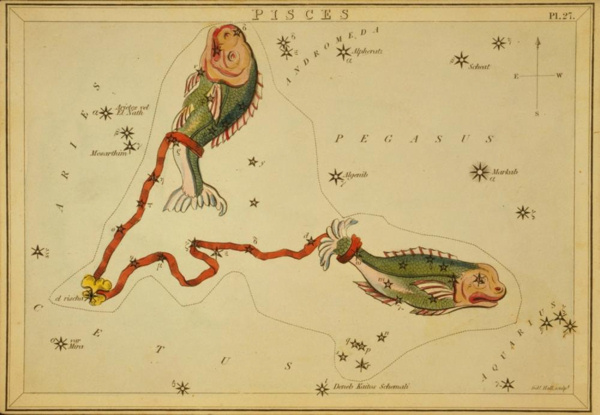 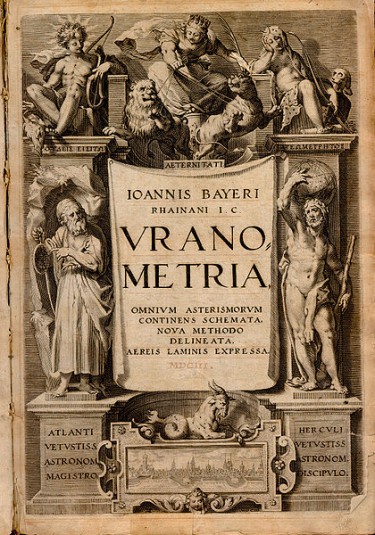 Al Risha in star history and mythology. Although the star Al Risha is not very bright, its location within its constellation – at the tip of the V in Pisces – makes it very noticeable.

That’s surely why the German astronomer Johann Bayer, in 1603, gave this star the designation Alpha in his star atlas Uranometria (named after Urania, the Greek Muse of Astronomy), even though Al Risha is only the third-brightest star in its constellation. Bayer’s system was to assign a Greek letter (alpha, beta, gamma and so on) to each star he catalogued, combined with the Latin name of the star’s parent constellation in genitive (possessive) form. So, for example, the star Al Risha is also Alpha Piscium, the Alpha star of Pisces.

Most of the time, the Alpha star is the brightest star in a constellation, but not always. There are two brighter stars in Pisces (although not much brighter). They are Eta and Gamma Piscium. Al Risha, by the way, is also one of the only stars in Pisces with a proper name. The early Arabian stargazers, who named it, noticed it, too.

In Roman mythology, the constellation Pisces is associated with the legend of Venus and Cupid (or, in the Greek myths, Aphrodite and her son Eros). These two escaped the monster Typhon (or Typhoon) by transforming themselves into fishes and jumping into a river. Venus and Cupid are said to have bound themselves together so that, in escaping the monster, they would not be separated. The gods were pleased and placed the Fishes in the sky to commemorate the event. 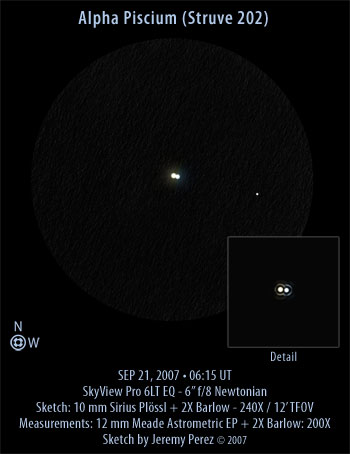 A drawing of the two stars that make up what we see as one – Al Risha. This drawing is by Jeremy Perez of the interesting website The Belt of Venus.

Al Risha in science. Al Risha appears single, but it is a close double star, that is, two stars orbiting a common center of gravity. It consists of pair of class A stars that lie some 120 A.U. (astronomical units) apart, with one A.U. equaling one Earth-sun distance. So the two stars that we see as Al Risha are in fact separated by 120 times the distance between our Earth and sun, or about the distance between our sun and Pluto.

The two stars in the Al Risha system take 720 years to orbit each other. Yet these stars appear so close together from our earthly vantage point that amateur astronomers using backyard telescopes must look carefully to see both of them. Plus, from our perspective, the two stars are appearing to get closer together as they pursue their vast mutual orbit. It’s estimated they will appear closest, as seen from Earth, in the year 2060. Both stars are white, though some observers have reported subtle colors.

Bottom line: The star Al Risha, or Alrisha, shines at the point of the V-shaped constellation Pisces the Fishes.