January and March 2018 have 2 full moons. February has none. Astronomer David Chapman explains moon cycles and calendars, with a word about moon names in the indigenous Mi’kmaw nation of Canada’s northern woodlands. 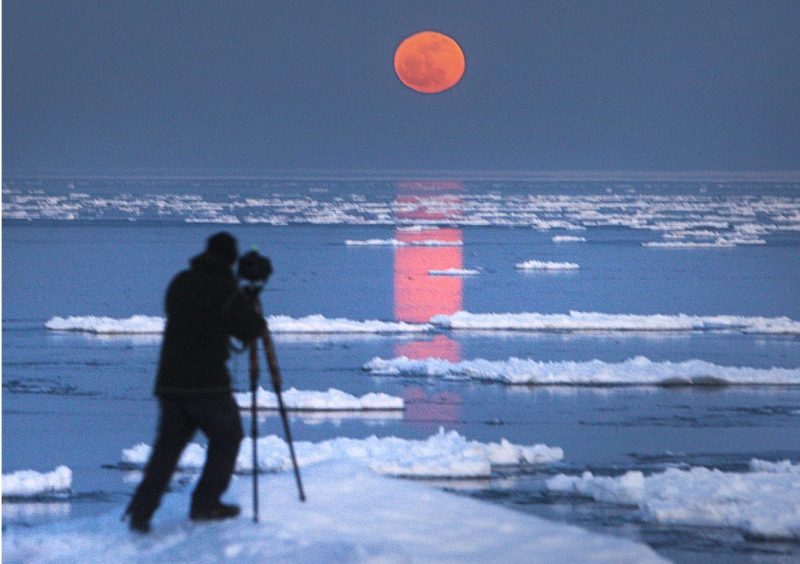 Photo of a winter full moon rising, by Bob King, aka AstroBob. February 2018 won’t have a full moon.

In the Americas at least, 2018 features an unusual sequence of full moon dates: January 1, January 31, March 1, and March 31. There are two full moons in January, none in February, and two full moons again in March. This isn’t a unique occurrence. It happened in 1999 and will happen again in 2037, at intervals of 19 years, an interval called the Metonic cycle by astronomers.

There’s no scientific significance to having two full moons in a month or a February with no full moons. It is simply a quirk of our calendar.

The average time between two full moons is about 29 1/2 days. Most months of the calendar are longer (30 or 31 days) and February is shorter (28 days, 29 in leap years). Therefore, it’s possible, from time to time, for any one of 11 months to contain two full moons … but not February. In fact, February can have no full moons, as in 2018. And when this happens, both January and March will have two full moons each. Nowadays, the second full moon of a month is called a Blue Moon.

Some traditional calendars, such as the Hebrew, Muslim and Chinese calendars, have months that exactly follow the lunar cycle. Naturally, such lunar months only have room for one full moon. The ancient Roman calendar was similar, but Roman priests continually made a mess of it until Julius Caesar dictated a calendar reform that divorced the months from the lunar cycle, to divide the solar year into 12 intervals. The idea was to synchronize the months with the sun and the seasons, an idea imported from Egypt.

Such a calendar was more in tune with annual events of agricultural importance, such as the flooding of the Nile. After a bit more tweaking, we ended up with seven months of 31 days, four months of 30 days, and a single short month having only 28 or 29 days. This reformed Julian calendar was later altered under Pope Gregory XIII, but only the formula for when leap years occur, not the lengths of the months. 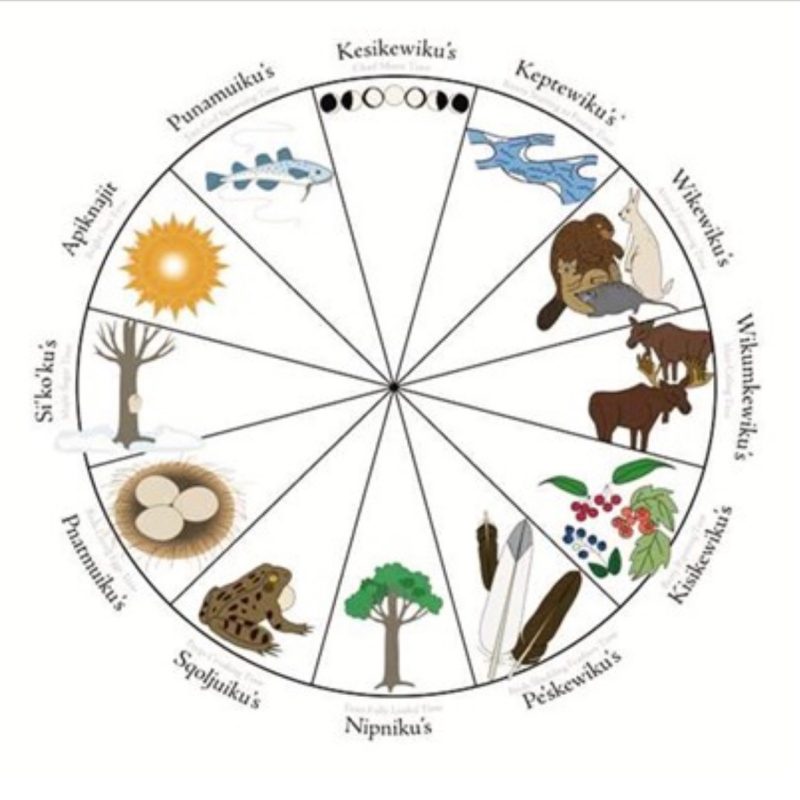 View larger. | The yearly ecological cycle of the indigenous Mi’kmaw nation of Canada is represented by natural events, and the common 12 moontimes take their names from these events. A 13th moon is sometimes needed to keep the moontimes in step with the seasons. Image via Cape Breton University Institute for Science & Health, Outsider Diaries and Mi’kmaw Moons.

Indigenous people of the Americas (including the Mi’kmaw or Mi’kmaq nation of Canada’s northeastern woodlands) naturally reckoned the passage of time by the lunar cycles, with each moontime linked to the season by ecological descriptors such as Rivers About To Freeze or Frog Croaking Time. As with other cultures following the moon, a 13th moon was inserted in the sequence every 2 to 3 years, to keep the moontimes in step with the seasons, but how the indigenous nations arranged this is not clear, and may never have been codified.

The full moon names popularized by the Old Farmer’s Almanac are based on the Algonquin culture, and differ from the Mi’kmaw names, but the principle is the same; for example, the full moon in early autumn is called the Harvest Moon.

The 12 months of the European calendar were unknown to indigenous nations, and had no relevance to them. After the Europeans settled, their calendar eventually took precedence for spiritual, legal, and political purposes.

Many indigenous nations still observe their traditional names for the months, but more often now as approximate equivalents to the Gregorian months they overlap. When we have years with no full moons in February, this correspondence breaks down … and the naming of full moons can get confusing.

David Chapman is a Life member of the Royal Astronomical Society of Canada and is a past editor of the RASC Observer’s Handbook (editions 2012–2016). With his Mi’kmaw project partner Cathy LeBlanc (Acadia First Nation), he administrates the Facebook page Mi’kmaw Moons. 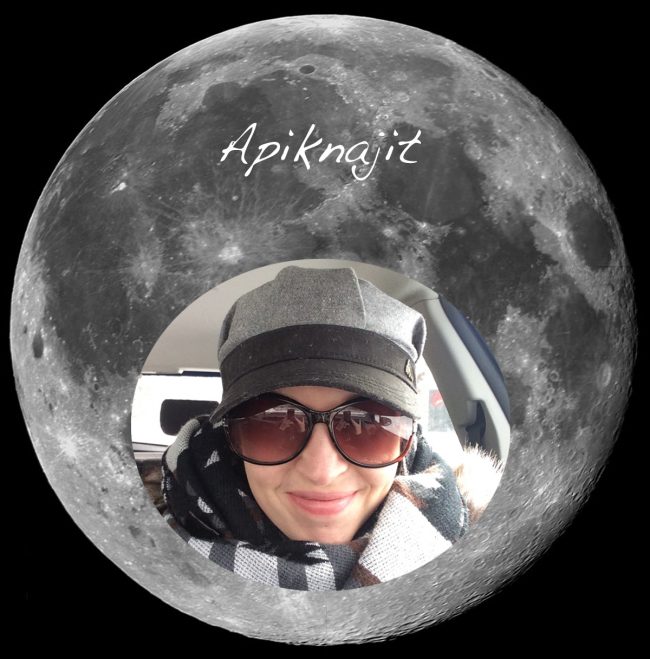 The Mi’kmaw moontime starting on the new moon of February 15, 2018 (full moon on March 1, 2018) is Apiknajit, or Snow-Blinding Moon, referring to a time of bright sunlight and blinding reflection from accumulated snow. Image via Mi’kmaw Moons.

Bottom line: Canadian astronomer David Chapman explains why there is no full moon in February 2018.