See it! Young moon and Jupiter

Wow! So many beautiful photos of something relatively hard to catch … the young moon returning to the evening sky this week next to the bright planet Jupiter. 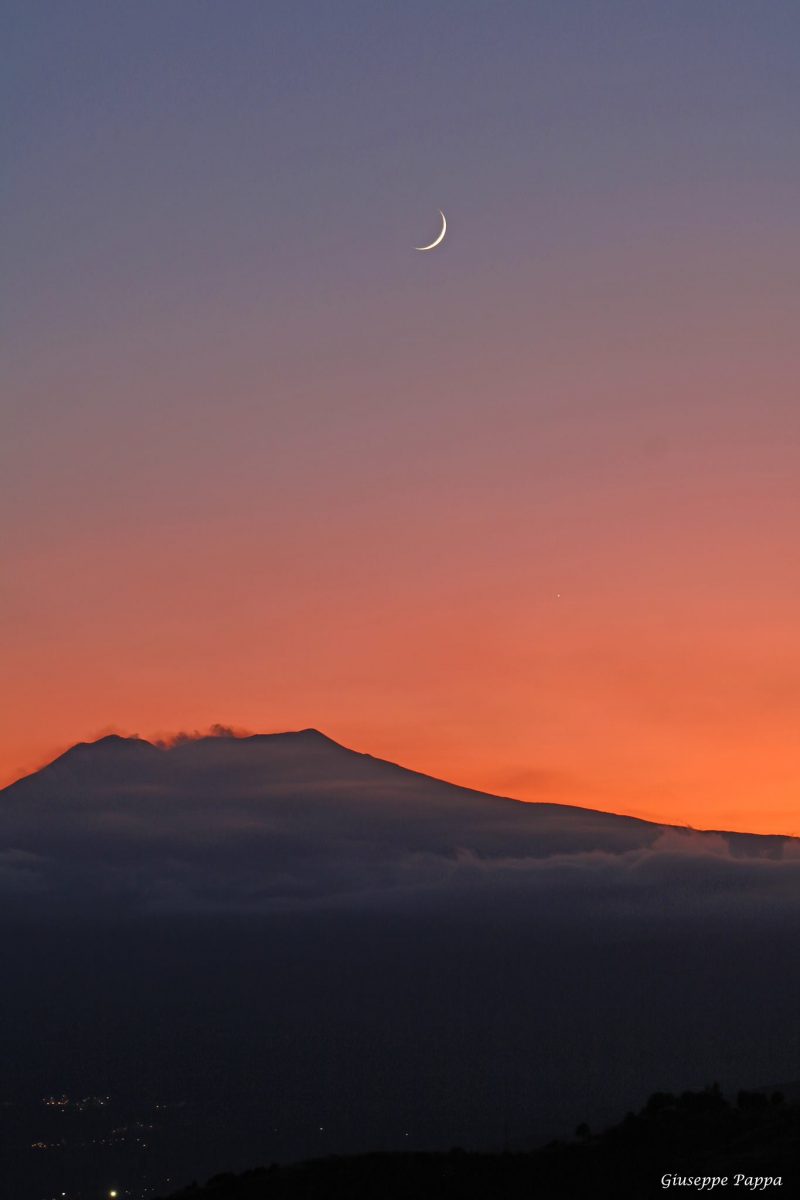 Look closely to see Jupiter below and to the right of the moon on the night of the equinox – September 22, 2017. Photo taken over Mt. Etna in Italy by Giuseppe Pappa. 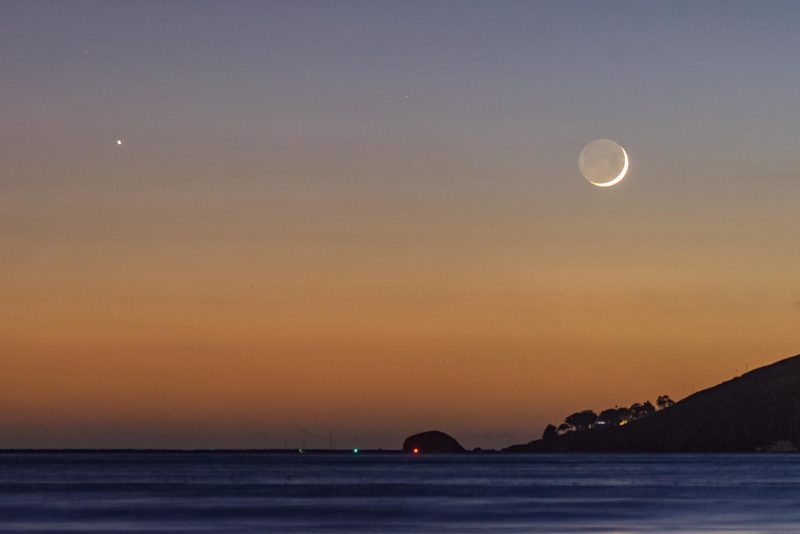 Ashly Cullumber caught this shot on September 21 and wrote: “Crescent moon and Jupiter setting over Avila Beach, California – captured from Shell Beach on this last day of summer.” 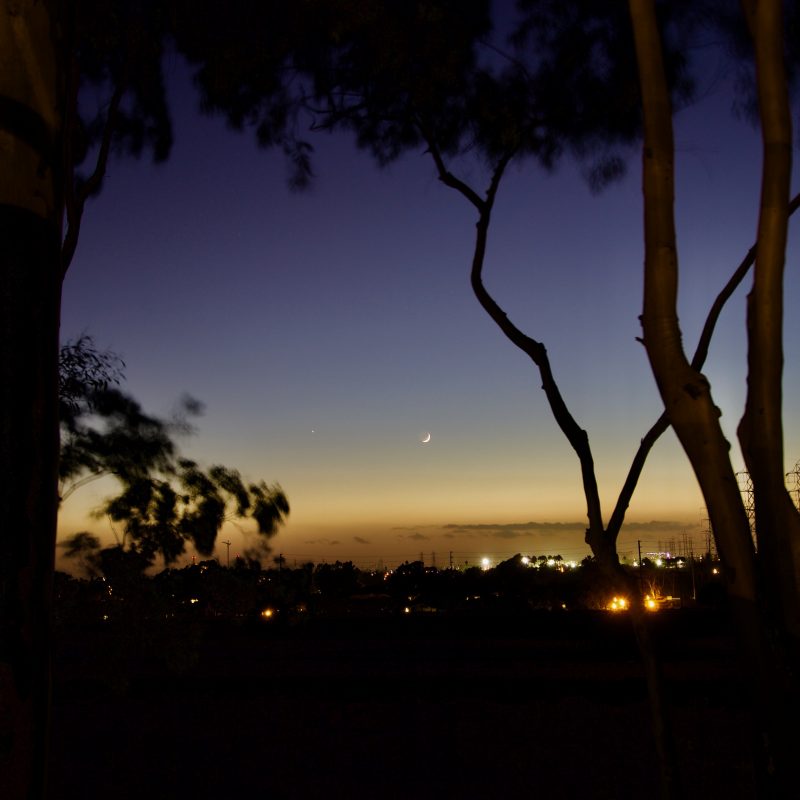 Dave Thompson wrote on September 21: “The 3% illuminated new moon and Jupiter in twilight over Huntington Beach. Cool last day of summer 2017 a cold front had just passed and the feeling of fall is in the air. Finally!” 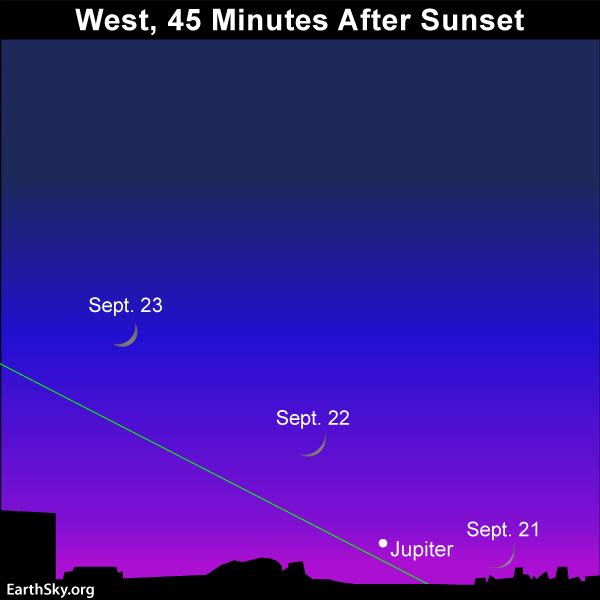 It’s not too late to see the young waxing crescent moon join the planet Jupiter after sunset. Watch on September 22 and 23, too. Read more. 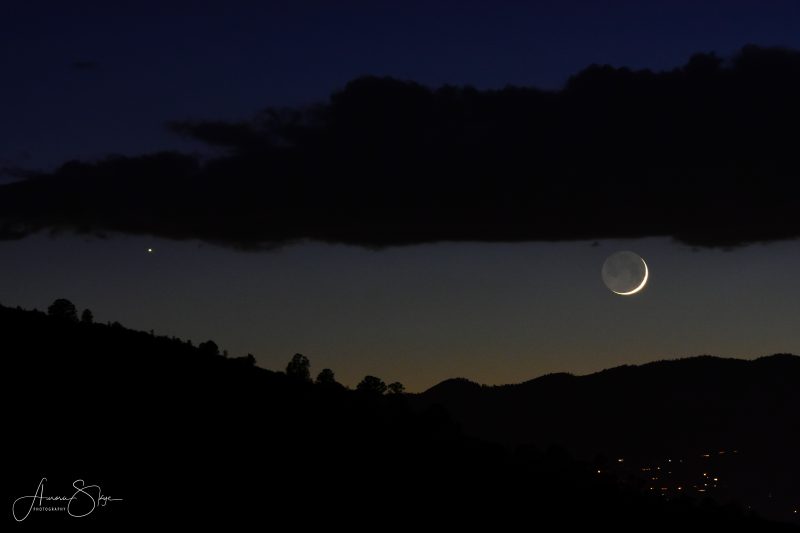 Nancy Tompkins wrote on September 21: “Jupiter and the equinox moon setting together over Prescott, Arizona.” 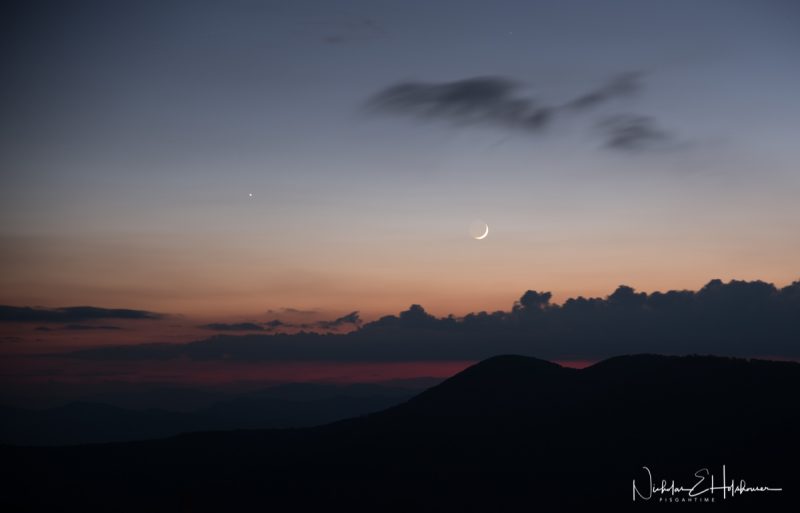 Nicholas Holshouser in North Carolina wrote: “Taken on September 21, from the side of the road along the Blue Ridge Parkway near milepost 424, looking out over Nantahala National Forest.” 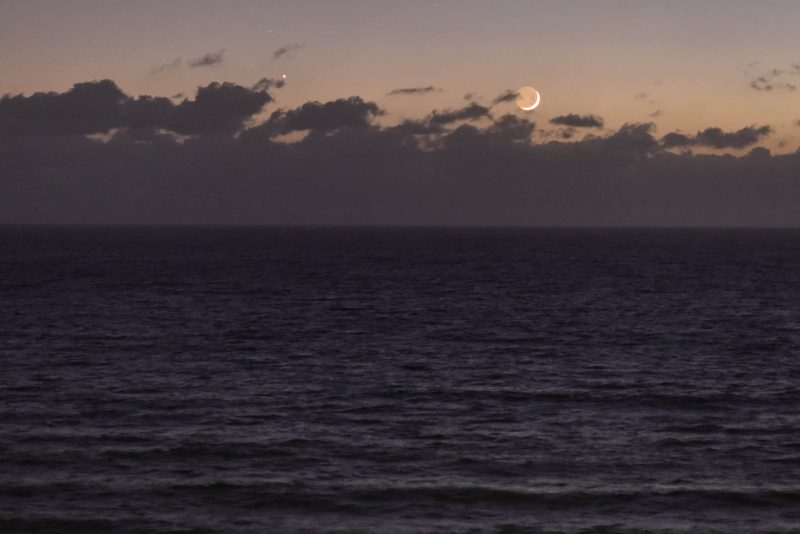