Will future Mars explorers have a North Star to guide them? 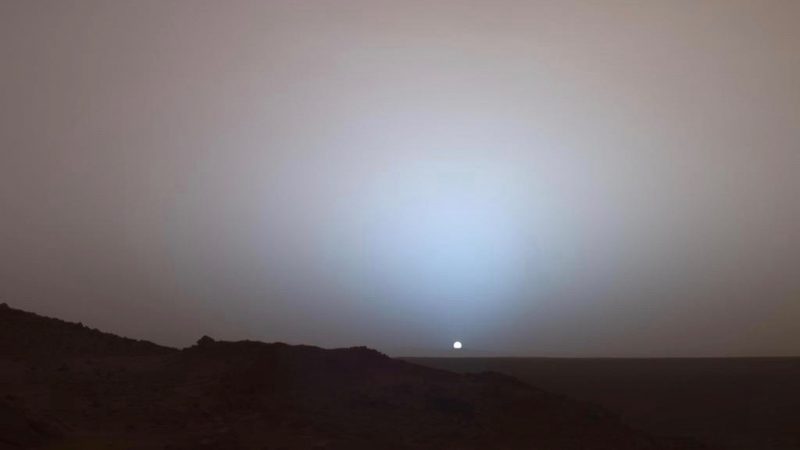 As the sun sets over the stark Martian landscape, stars come into view. Image by Mars rover Spirit, 2005, via NASA.

The North Star for Earth is Polaris. Does our next-door neighbor planet, Mars, have the same North Star as Earth? If not, does Mars have a star located more or less above its North Pole?

Let’s talk about what we mean by North Star. Every planet in our solar system spins on its axis. Earth’s spin is what defines the length of our day of approximately 24 hours. If you continue the imaginary line of a planet’s axis out into space – in a northern direction as measured from earthly north – it might point to a star that’s visible to the eye. Or it might not. We call such stars pole stars, or North Stars. On Earth, that northern pole star – less than a degree from the north celestial pole – is the beloved star Polaris. Scouts and hikers know you can use Polaris to find the direction north, when compasses fail.

Meanwhile, Earth’s Southern Hemisphere doesn’t have a comparable South Star. The nearest visible star to the south celestial pole of Earth is about 9 degrees away.

So, does Mars have a North or South Star? The answer is … not in any satisfying way. There’s no bright North Star, and only a modestly-bright South Star, for Mars. 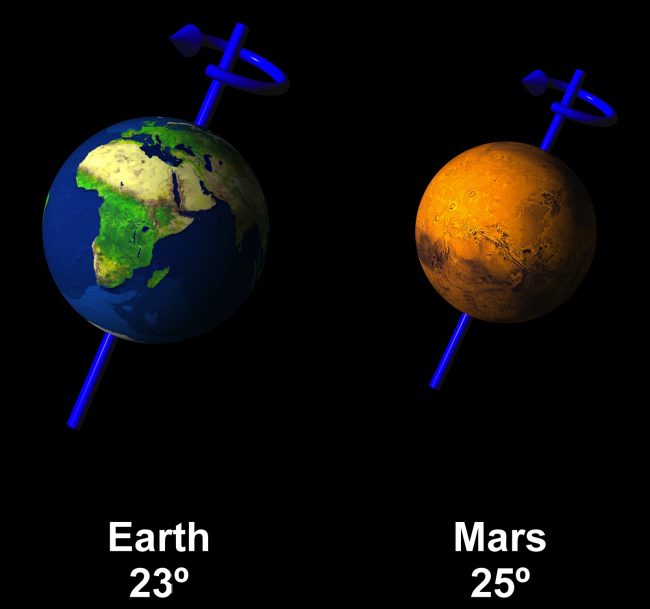 Earth doesn’t orbit exactly upright with respect to our orbit around the sun. Instead, Earth’s tilt is about 23 1/2 degrees. Meanwhile, Mars’ tilt is about 25 degrees. What’s more, the rotational axes of the Earth and Mars don’t tilt in the same direction, as in this illustration. For both reasons – different amount of tilt, and different direction of tilt – Mars doesn’t have the same North Star as Earth.

In fact, this star is barely within the limit of visibility to the eye alone.

Meanwhile, in the southern sky as seen from Mars, Kappa Velorum is only about three degrees from the Martian south celestial pole. That’s not as close as Polaris is to Earth’s north celestial pole, plus this star is only modestly bright, not nearly as bright as Polaris.

Future Mars colonists aren’t going to have a bright North Star – like our Polaris – to guide them.

On the other hand, if you were standing outside at night on the surface of Mars, you’d see some other cool stuff! 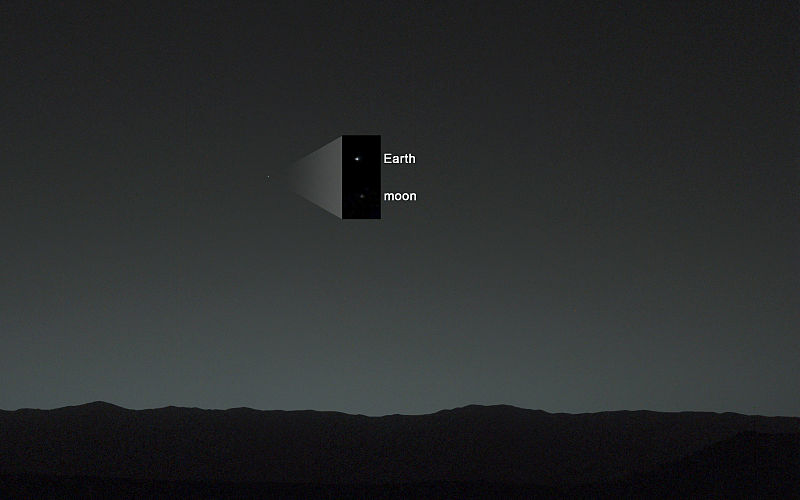 Earth and moon, as seen from Mars by the Curiosity rover in 2014. From Mars, you’d see both the Earth and moon with the eye alone. Read more about this image.

As seen from Mars, you could see Earth’s moon orbiting around Earth once each month. From Earth, we can’t see any other planets’ satellites with the unaided eye, but this amazing sight on Mars would be visible to the eye alone. Both the Earth and the moon would appear starlike.

And although both the Earth and moon would appear as stars to the unaided eye, observers on Mars with telescopes would sometimes see them as crescent worlds – just as we do Venus.

So … no North Star for Mars. But Martian stargazers wouldn’t lack for things to see!

This series of images shows the Martian moon Phobos as it crossed in front of the sun, as seen by NASA’s Curiosity Mars rover on Tuesday, March 26, 2019 (Sol 2359). Image via NASA/JPL-Caltech/MSSS. Read more about this image.