2020 is your year to see Capricornus

Poor Capricornus. The early Greek stargazers labeled it as a Sea Goat, but no amount of squinting – or even imagining – can help you see a Goat in this part of the sky. In 2020, Jupiter and Saturn come to the rescue! 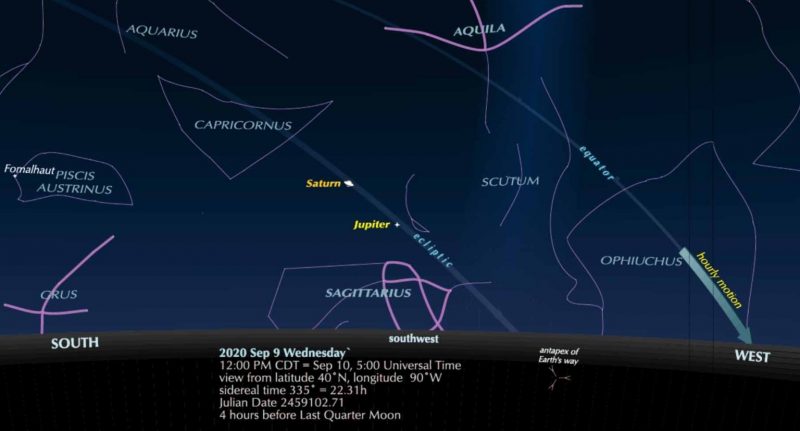 This chart works for September 9 or 10, 2020 … and for lots of nights after that, approximately through late September. Chart via Guy Ottewell’s blog.

Below you’ll find is an example of the unhelpful sky charts generally used in the astronomy columns of newspapers and popular magazines.

It’s from Sunday’s Guardian. The article rightly says that Capricornus is an important constellation because it is part of the ancient zodiac, but it is inconspicuous, and you can at present use Jupiter and Saturn as pointers to it. 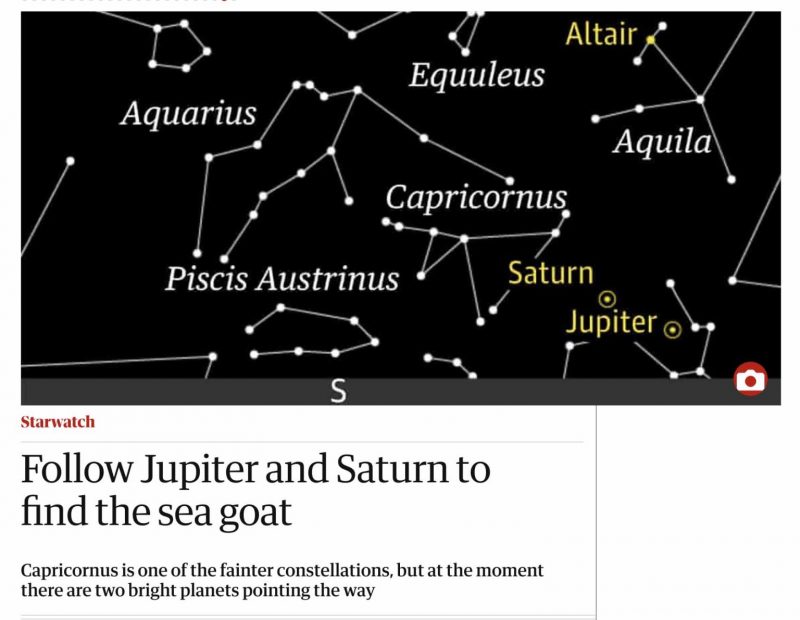 Chart via The Guardian.

Fair enough. But the chart doesn’t do Capricornus justice. Perhaps you, sage reader, can with effort decipher the Guardian’s chart because you know the sky. But, if you were a beginner, could you use this maze of dots and lines to find anything as you gaze at the sky? I don’t think so.

I think the way of connecting dots is derived from H.A. Rey’s ingenious but doomed method as described in his book “The Stars: A New Way to See Them.” It tries to make Capricornus look like a goat. But Capricornus doesn’t look like a goat; it looks like a boat, or – as the Americans prefer – an arrowhead.

I hope my way of rendering this part of the sky – as seen on the chart at the top of the post – is more helpful.

Read more about the constellation Capricornus 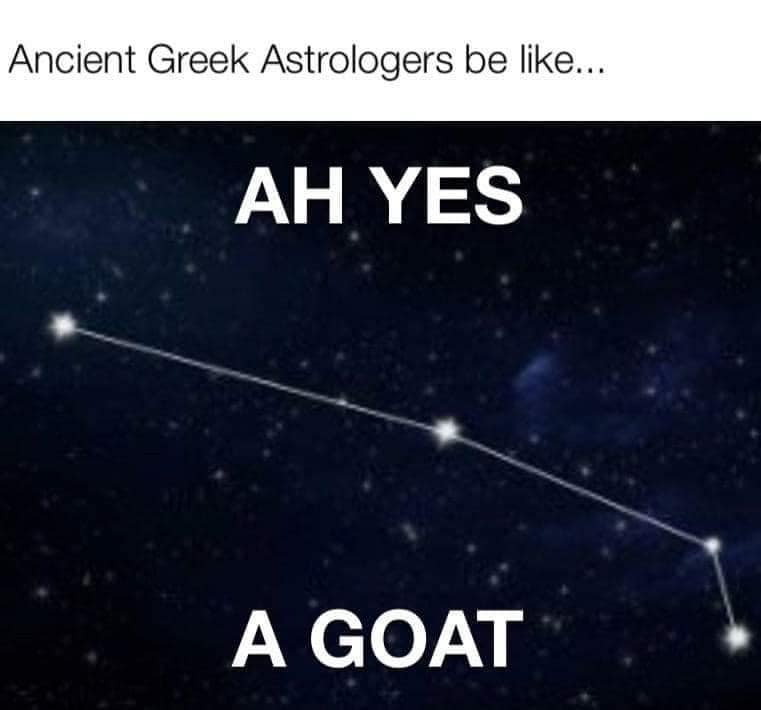 Chart via Posts That Look Like Science. Thanks for pointing it out, David Terry Dorais!

Bottom line: In 2020, the bright planets Jupiter and Saturn can help you find the faint constellation Capricornus the Sea Goat.