A novel approach to star trails

How did Christian Sasse create this image? Read on …

Article by Christian Sasse, originally published at his blog, The Cosmic Clock. Used with permission.

Star trail photography has gained popularity in recent years. What are star trails?

The Earth rotates or spins on its axis about every 24 hours, causing an apparent movement of the stars overhead by about one-quarter of a degree per minute. If we leave a camera in a fixed position and point upwards, open the shutter in bulb mode and let the Earth rotate under the stars, we will create an image with star trails. Similarly we could take shorter exposures and superimpose (stack) the images with image processing software.

Most images of star trails taken in the Northern Hemisphere show a pattern similar to the one below taken in Arches National Park, Utah, in spring of 2016. 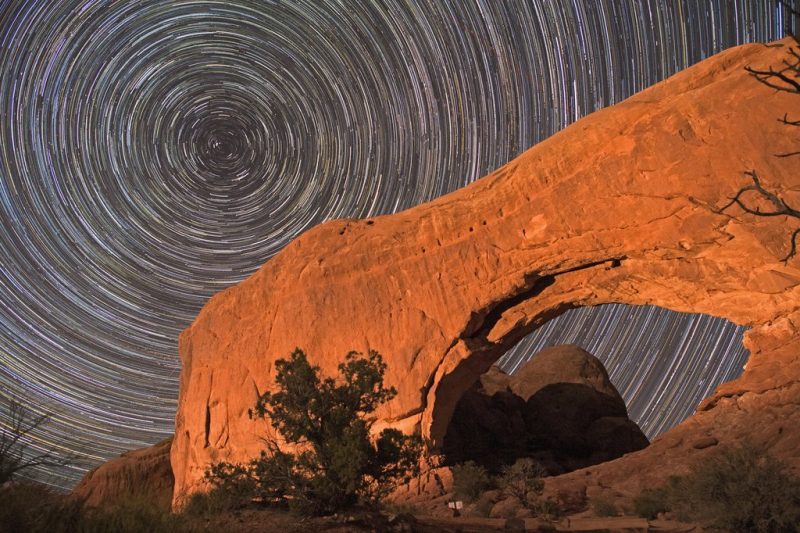 The location of the North Pole can be clearly seen; the star close to the center is Polaris.

Naturally, we would expect a similar image for the South Pole, and this is indeed the case. There is one important difference: When looking southwards in the Southern Hemisphere, we can also see the Milky Way, best observed from March to about late August. The star trail image below taken at the Siding Spring Observatory in New South Wales, Australia, late April (total of 1250 images @ 30s each, from dusk to dawn) shows circumpolar rings: 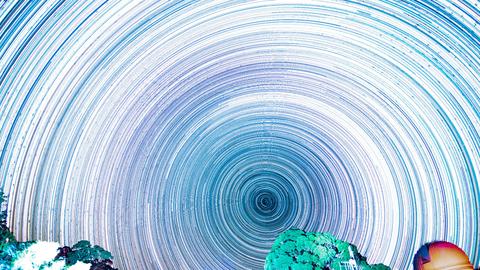 The image seems to have lost all the beautiful details of the Southern Milky Way, although when looking towards the center there are clear traces of red, indicating the smear of the Eta Carina nebula in a circumpolar pattern. Can this be improved?

Let’s take a look at a time lapse sequence in one hour intervals. The apparent rotation around the South Pole of the Milky Way from the early evening at 7 pm to the early morning at 5 am is spectacular.

Photos taken at 1-hour intervals show the apparent rotation around the South Pole of the Milky Way. Image via Christian Sasse.

What makes the sky visible from Earth’s Southern Hemisphere so attractive is the fact that the constellation Sagittarius rises in the east (left side) and then reaches the zenith in the early morning hours in late April. This region is heavily populated with nebulae and well known objects, and it is also where the center of our own galaxy is located – the galactic center – home to a massive black hole. Saturn was also clearly visible in this region in April, 2017. 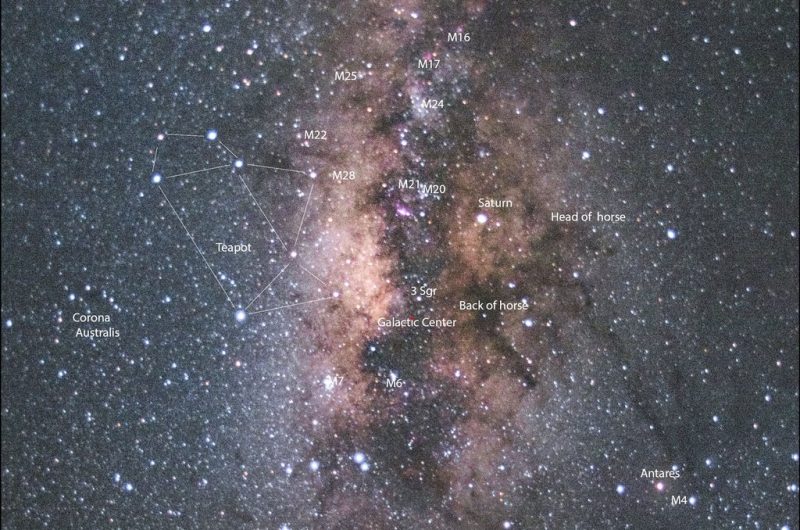 When we take another look at the rotating Milky Way animation we can spot the Large Magellanic Cloud diving below the horizon in the late evening and the Small Magellanic Cloud rising in the early morning hours. In the Northern Hemisphere, Sagittarius is well visible at lower latitudes, but we cannot see location of the South Pole.

We could possibly further improve the sequence with better image processing such as color correction and levels? It looks nice but that’s it, one of many time-lapse clips published widely. But where is the spark?

We need some novelty, so how about superimposing the above sequence into one image? Let’s give it a try:

The result above is surprising: The distinct colorful objects of the Southern Hemisphere sky such as the Eta Carinae Nebula, the Large and Small Magellanic Clouds, as well as the thick bright dust patches of the Sagittarius region, clearly become visible as the Milky Way paints a clock-like pattern across the sky – resembling a large cosmic clock. Curiously, the pattern at the location of the South Pole is artistic, with fractal dimensions.

As we increase the interval between successive images of the sequence from minutes to hours, we can watch the Milky Way paint discrete patterns.

Interval between images below: 5 minutes. 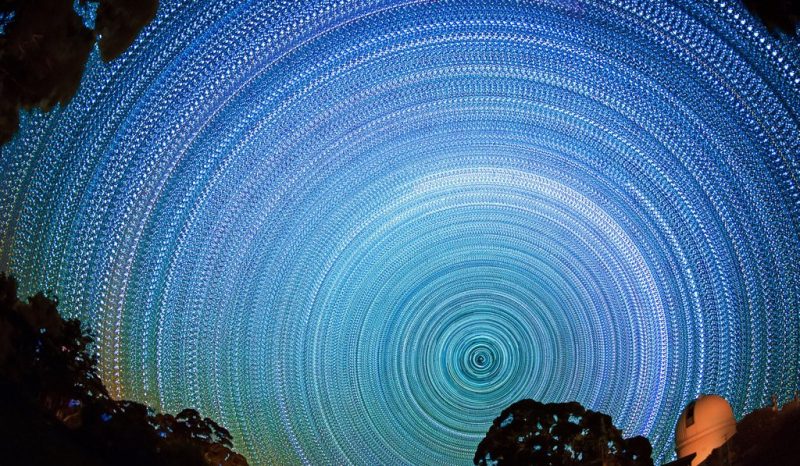 Interval between images below: 10 minutes. 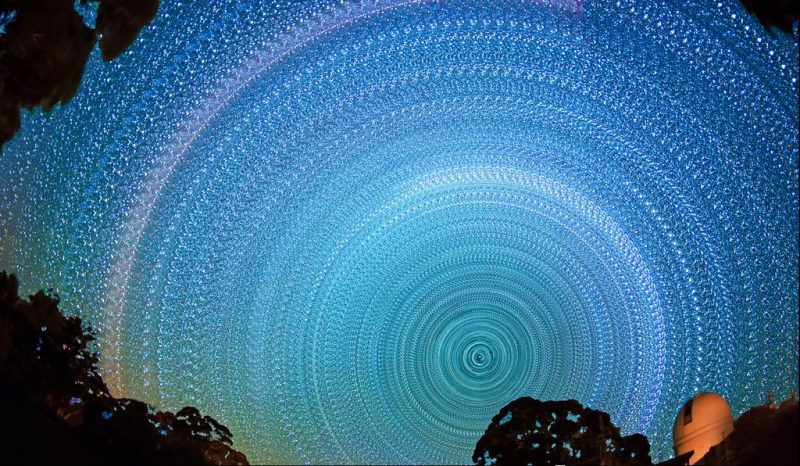 Interval between images below: 30 minutes. 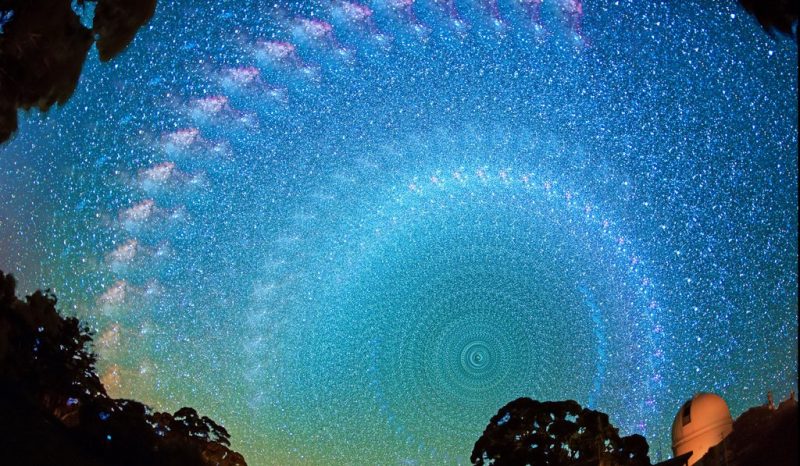 Interval between images below: 60 minutes. 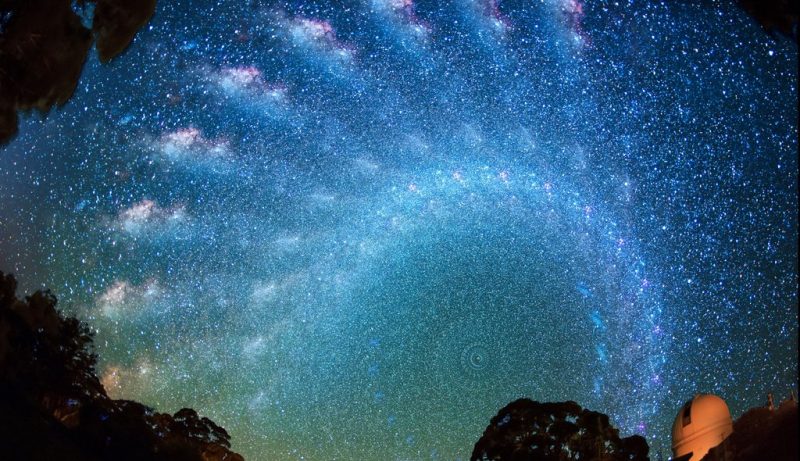 Interval between images below: 120 minutes. 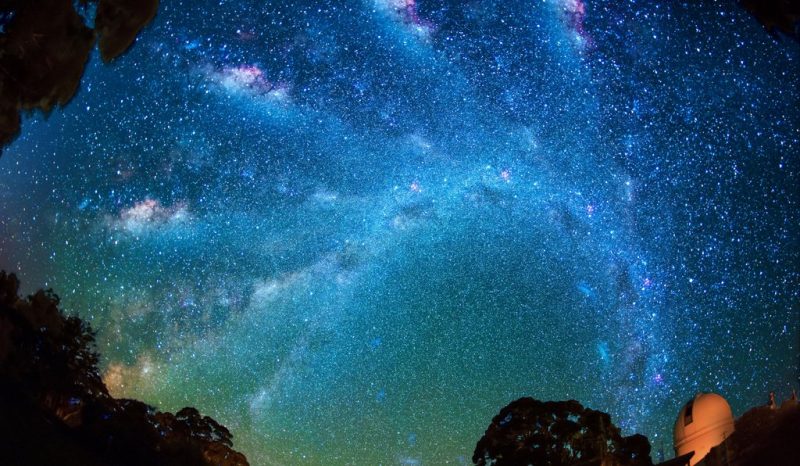 Interval between images below: 240 minutes. 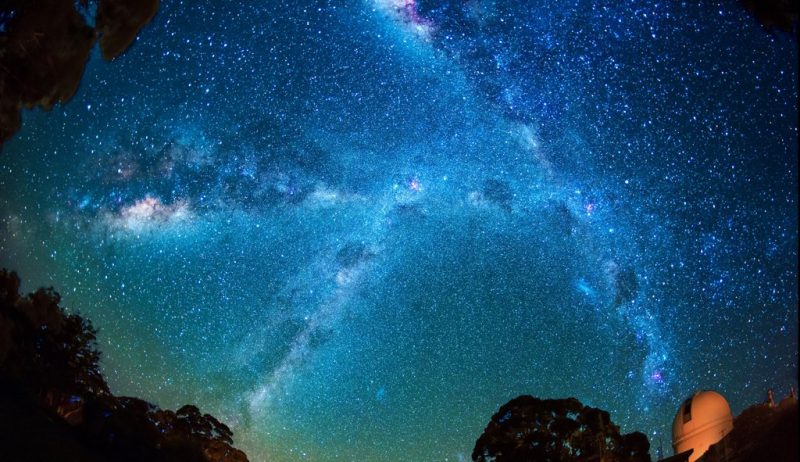 There are so many beautiful patterns in nature just waiting to be discovered. Share my passion.

Christian’s passion encompasses both eagle photography and astronomy. His PhD in optics gives him both a knowledge of optics and of the physical properties of light, which has shaped his photography. He is interested in capturing how different lighting conditions affect the colors and patterns around us, paying special attention to the way that they reflect, refract, diffract and transmit light.

His Facebook page has over 110k followers, mostly eagle photography fans. He also runs Sky Tours, where he guides live viewers through the Southern Hemisphere sky with a remote telescope. He has a YouTube channel and the Twitter handle @sassephoto.

He was recently featured in National Geographic and Nature.