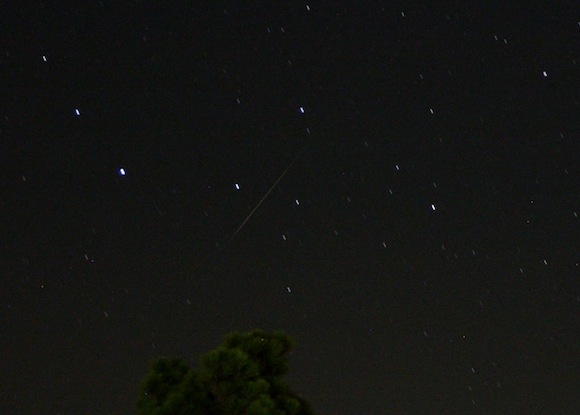 Assuming you have a dark sky, you can start looking out for the popular Perseid meteor shower starting now – a week or so before the peak nights of August 11-12 and 12-13. The Perseid shower is known to rise gradually to a peak, then fall off rapidly afterwards. So as the nights pass in the week before the shower, the meteors will increase in number.

No matter where you live in the world, the 2013 Perseid meteor shower will probably be at its best on the nights of August 11-12 and/or August 12-13. From northerly latitudes, you often see 50 or more meteors per hour, and from southerly latitudes in the Southern Hemisphere, perhaps you’ll see about one-third that many meteors.