Will you see the moon and planets at dawn March 8 to 10? 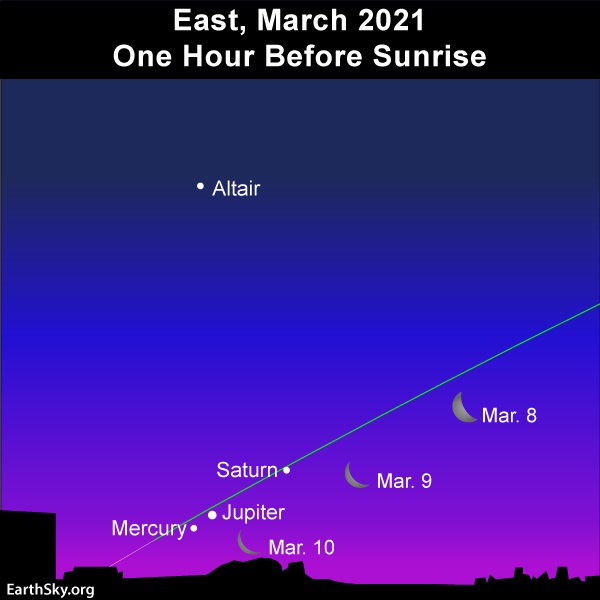 In the dawn and predawn sky on March 8, 9 and 10, 2021, the old moon will be waning, appearing as a thinner crescent each day. It might serve as your guide to the three morning planets – Mercury, Jupiter and Saturn – which are also up before the sun now, in the east near the sunrise point, but buried in twilight glare. Look especially on March 8 and 9, when the lit side of the waning crescent moon will point right at this lineup of planets. Jupiter, the brightest planet, might be easiest to see. It shines between Mercury and Saturn, with Mercury at bottom and Saturn at top. You’ll need your binoculars for this one, especially if you live fairly far north on Earth’s globe.

Jupiter, the most brilliant morning planet, outshines Saturn by some 12 times and Mercury by 7 times. Although Mercury is a touch brighter than Saturn, Saturn will probably be the easier of these two worlds to see, as Saturn rises first, followed by Jupiter and then Mercury. Mercury is buried most deeply in the glare of morning twilight, but try aiming binoculars at Jupiter to glance at Mercury below Jupiter. 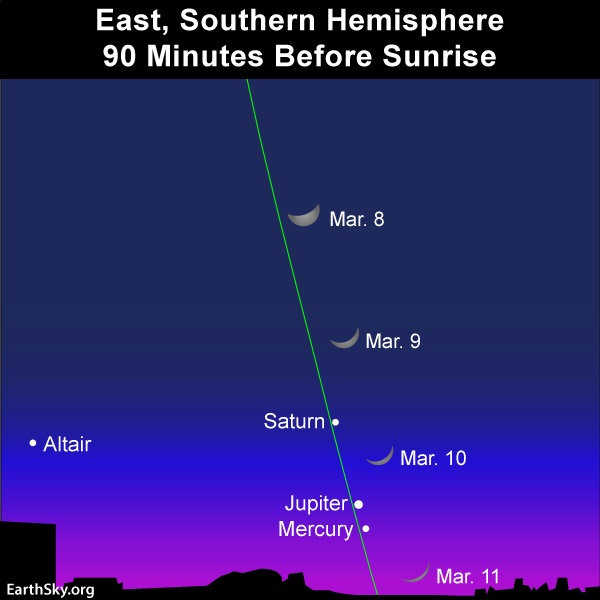 In the month of March, the Southern Hemisphere has a big advantage over the Northern Hemisphere for viewing morning planets. That’s because the angle of the ecliptic is relatively steep. 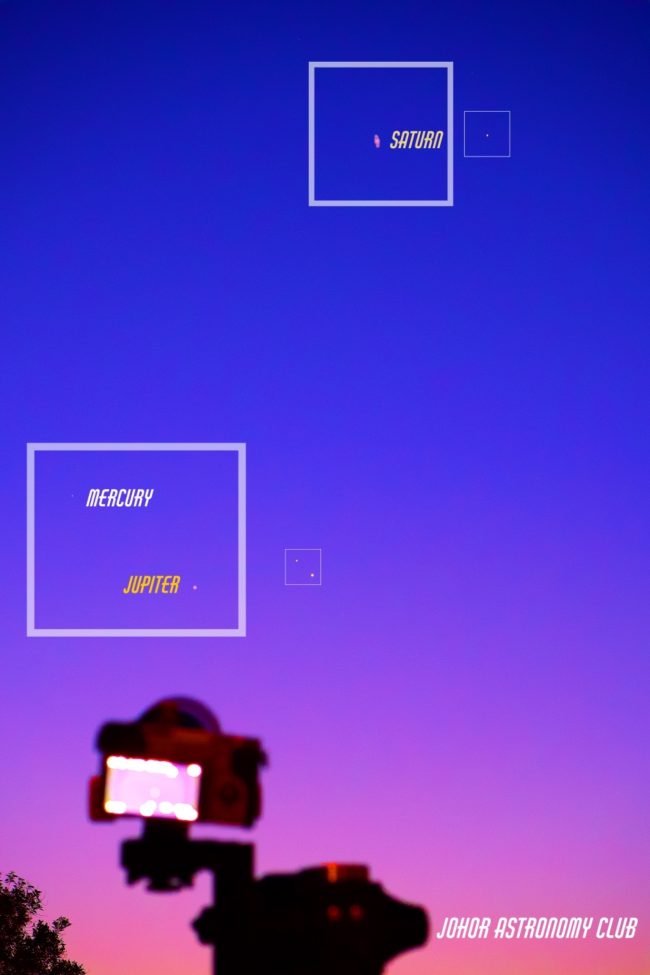 View at EarthSky Community Photos. | See how bright the morning twilight is in this composite image by Mohd Nazam Anuar in Johor Bahru, Malaysia? Right now, the 3 morning planets – Jupiter, Mercury and Saturn – are deep in morning twilight. Mohd’s location is approximately on the equator. From there, and from the Southern Hemisphere, the planets are easier to catch than from the Northern Hemisphere. No matter where you are, try watching in the coming mornings as the waning moon sweeps past. Use binoculars! Thank you, Mohd!

We give the approximate rising time for Mercury, the last planet of the three to rise, at various latitudes (assuming a level horizon):

The contrast in the rising times of the morning planets in the Northern and Southern Hemispheres is always profound in the month of March. At sunrise, the ecliptic – roadway of the planets – intersects the horizon at its shallowest angle for the year on the spring equinox, yet at its steepest angle for the year at the autumnal equinox. 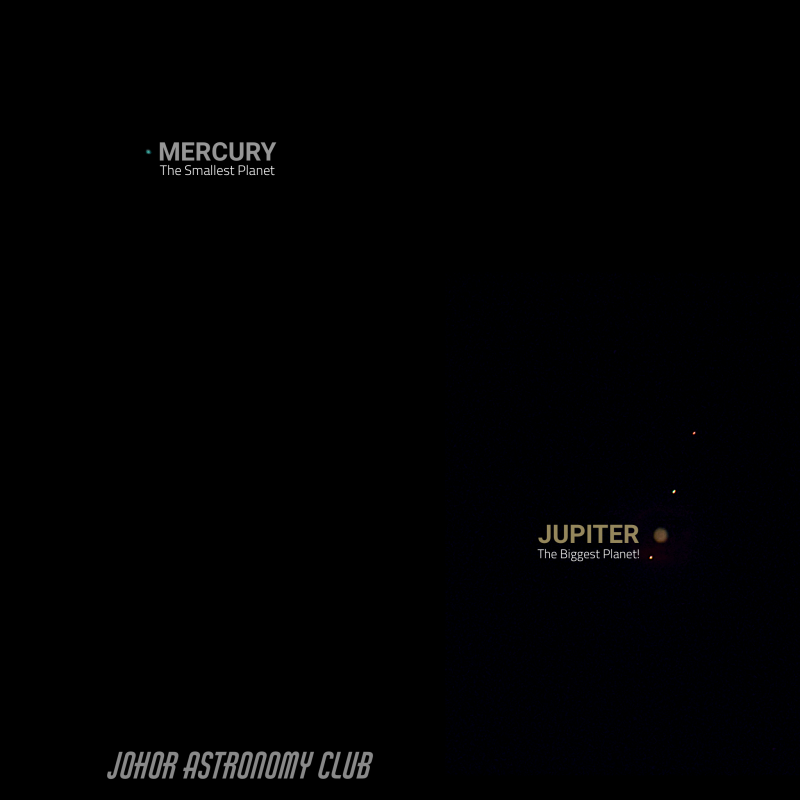 View at EarthSky Community Photos. | Another image from Mohd Nazam Anuar in Johor Bahru, Malaysia. He wrote, “A composite image which shows the gigantic planet Jupiter along with the Galilean moons in conjunction with the smallest planet Mercury, all in true color.” Thank you, Mohd.

Bottom line: Using the moon as your guide to brilliant Jupiter, and Jupiter as your guide to Saturn and Mercury, you might see all three morning planets even from mid-northern latitudes on March 8, 9 and 10, 2021. But don’t forget binoculars!