Posted by Bruce McClure and Deborah Byrd in Tonight | January 27, 2021 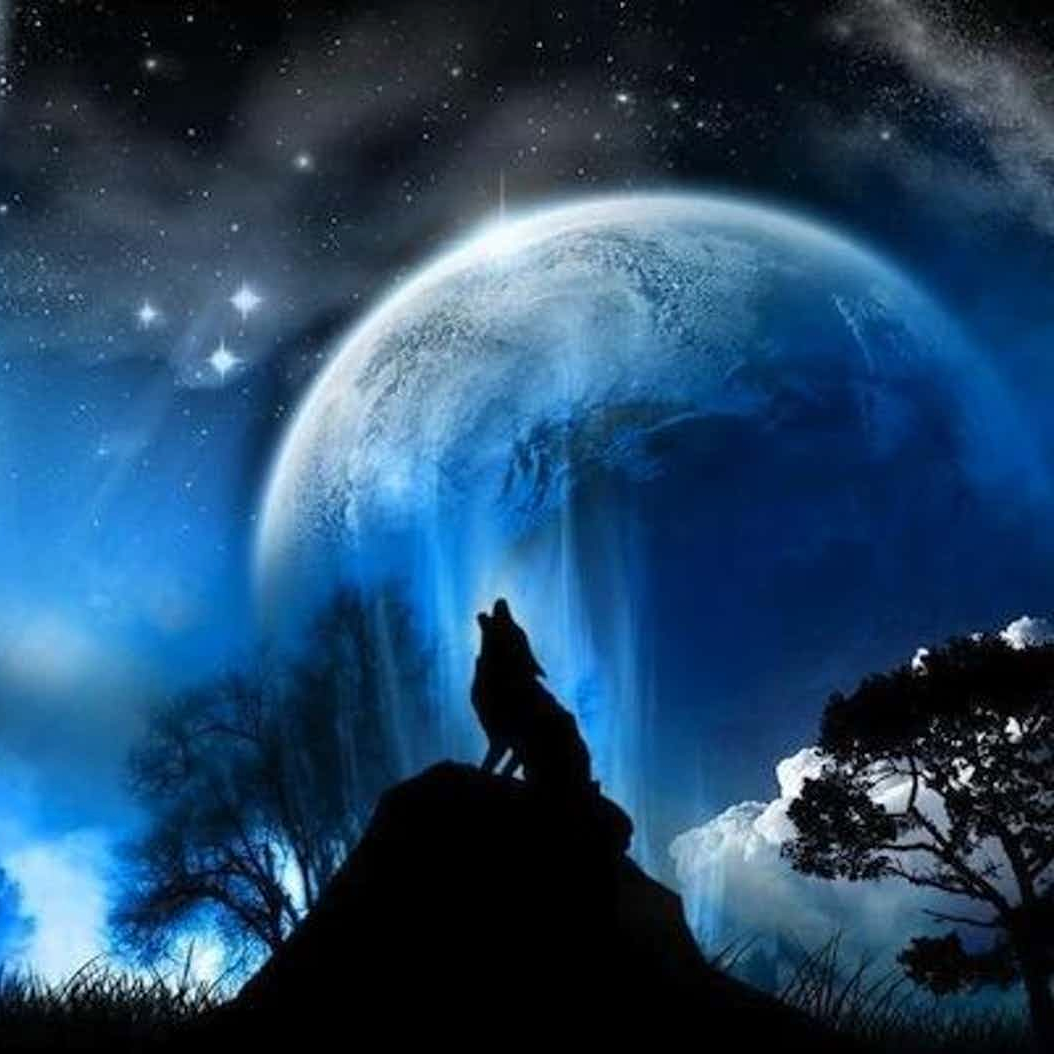 Above: Image via Indian Country Today

If you consider that the winter season started for us in the Northern Hemisphere at the December solstice, the upcoming full moon is this season’s second full moon. In North America, we often call this full moon the Wolf Moon, Snow Moon or Hunger Moon. From around the world tonight and tomorrow – January 27 and 28, 2021 – watch for a full-looking moon to light up the nighttime from dusk until dawn. In the Southern Hemisphere, this late January full moon will be the second summertime full moon.

Where does the name Wolf Moon come from? It’s tempting to think of hungry wolves howling outside snow-covered villages at this time of year. The name is often said to come from Native American culture, but Indian Country Today pointed out in 2013 that the name Wolf Moon doesn’t appear on the lists of American Indian moon names compiled by Phil Konstantin, who worked for NASA, among other places. Indian Country Today wrote:

Of the 29 tribes listed [by Phil Konstantin], not one actually calls January the Wolf Moon, although the Sioux name is Wolves Run Together Moon. The Algonquin … call the January moon squochee kesos, or Sun Has Not Strength to Thaw …

The moon names tend to mirror latitude somewhat. For instance, to the Haida in Alaska it’s táan kungáay, or Bear-Hunting Moon. The Hopi in southwest Arizona call it paamuya, Moon of Life at its Height. In the Pacific Northwest it’s atalka, meaning Stay Inside. Moving farther south, the Choctaw word for the January full moon is rv’fo cusee, which means Winter’s Little Brother (as opposed to December’s moon, rvfo-rakko, meaning Big Winter).

If you’re an observer of seasonal changes in the night sky, you know the Hopi name for this moon – paamuya or Moon of Life at its Height – is a good one. Moon of Life at its Height makes us wonder if the Hopi were comparing the January full moon to the summer sun. It’s a good name because (no matter where you are in the world), the January full moon does indeed take the position of the sun for six months hence.

For us in the Northern Hemisphere – where the sun is continuing its low arc across the daytime sky (albeit getting higher day by day) – the January full moon rides high in the sky. It mimics the path of a summer sun. If you’re in this hemisphere, watch for the high January full moon especially around midnight (midway between your local sunset and sunrise). It’ll be like a noontime summer sun. North of the Arctic Circle, this full moon stays out 24 hours around the clock, like the midnight sun of summer.

Meanwhile, in the Southern Hemisphere – where it’s now summer – this full moon follows the low path of a winter sun. At midnight, the moon sits low in the northern sky, just like the noonday winter sun. South of the Antarctic Circle, the January full moon remains below the horizon for 24 hours around the clock.

Now think of the moon not in terms of its grand seasonal trek in front of the fixed star background, but just in terms of what you’ll see these next few nights. All full moons are, more or less, opposite the sun. So you can expect to see a full-looking moon in the east at dusk and early evening tonight and tomorrow. It’ll climb upward in the evening hours, and soar to its highest point at or around midnight. If you’re an earlier riser, watch for the moon these next couple of mornings, low in your western sky during the wee hours before sunrise. 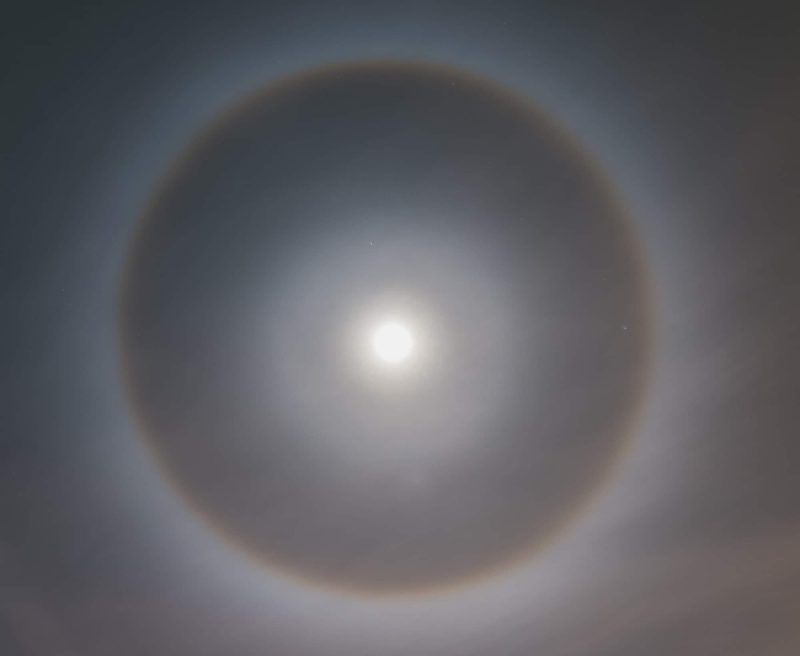 View at EarthSky Community Photos. | Niccole Neely in Phoenix, Arizona caught this glorious full moon halo on January 27, 2021. “It was spectacular!” she wrote. Jean Speer – 107 miles (173 km) away in Tucson – caught a moon halo the same night. Here’s Jean’s photo, and here’s what makes these large rings around the sun or moon. The full moon’s crest falls on January 28 at 19:16 UTC. It’s this season’s 2nd full moon, called the Wolf Moon, Snow Moon, Hunger Moon, or Moon after Yule. From the Northern Hemisphere, it rides high in the sky. Watch for it.

Bottom line: Enjoy the full-looking moon in late January 2021, as this nocturnal sun brings the northerly latitudes some good cheer on this long winter night.