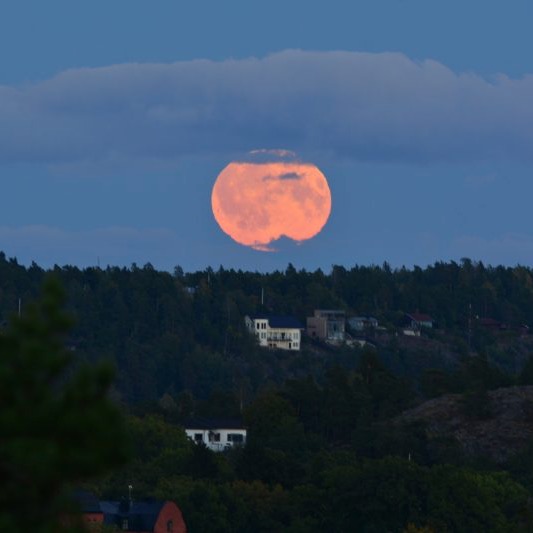 Above: Moonrise over Saltsjöbaden, Sweden. Image via Indranil Sinha.

Meanwhile, we in North America will call this September 1-2 full moon by the name Fruit Moon, Corn Moon or Barley Moon. 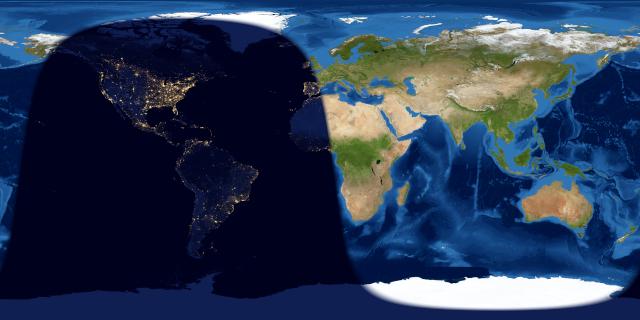 Tonight’s moon does that, too. There’s a shorter-than-usual time between moonrises on these next few nights. That’s because we’re near the autumn equinox (although not as near as we’ll be at the next full moon, on October 1, when the effect will be even more pronounced).

Check out the custom calendar at Sunrise Sunset Calendars, and be sure to click the box for moonrise times. See if you notice that the moonrise in your location is less than 50 minutes later between the night of September 1 and the night of September 2 or 3 from your location. It will be, if you’re at a temperate latitude in the Northern Hemisphere.

Meanwhile, from temperate latitudes in the Southern Hemisphere, there will be a longer-than usual time between moonrises for the next few evenings.

Astronomically speaking, the full moon occurs at a well-defined instant: when the moon is exactly 180o from the sun in ecliptic longitude (also called celestial longitude). That means the moon stands opposite the sun as measured along the ecliptic, which marks the sun’s annual pathway through constellations of the zodiac. Another way of putting it: at the instant of full moon, the moon-sun elongation equals 180 degrees. Visit Unitarium.com to find out the present moon-sun elongation (if the number is positive, the moon is waxing; if negative, the moon is waning).