A photo of rare sunset, only seen when the sun is low in the sky and likely a result of reflection by ice crystals. 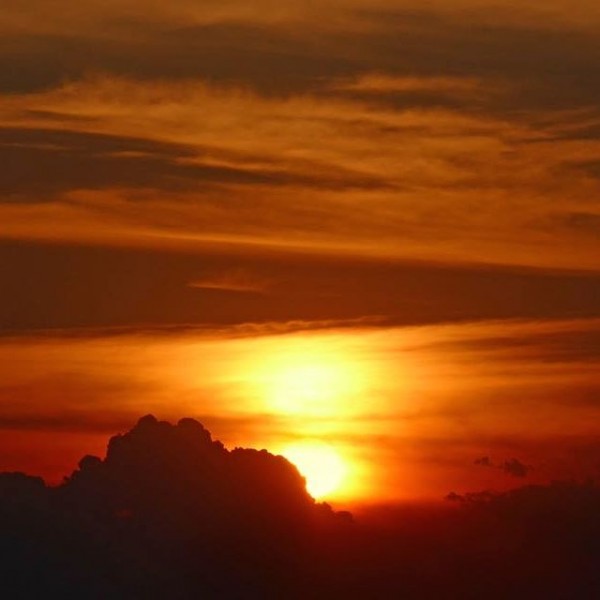 On December 11, 2015, Zimbabwe was still experiencing an intense heatwave with almost clear skies and very little rain. While the sun was setting behind a lone small cumulus cloud, a diffuse duplicate appeared above it in a thin veil of more distant high cloud.

This spectacle lasted for just over a minute before the second sun faded away.

I asked Jim Foster of the Earth Science Picture of the Day what might have caused this phenomenon. He worked as a research scientist at NASA’s Goddard Space Flight Center for more than 37 years before retiring in 2014. He replied that a double sun is:

… only seen when the sun is low in the sky and likely a result of reflection by ice crystals.

The Earth Science Picture of the Day on Facebook also published this photo on December 14, 2015.